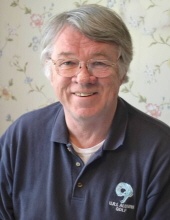 Donald Paton “Wendell” Wilkinson, 77, of East Greenwich, passed away on Wednesday, Feb. 5, surrounded by the love of his family. Don was promptly reunited with the love of his life, his wife Katherine Anne.

He was born on Oct. 12, 1942, to Robert E. Wilkinson and Amey Paton Wilkinson. His older brother Robert E. Wilkinson Jr. passed away in 2013. Don was raised in Warwick, Rhode Island, graduating from Warwick Vets High School in 1960. Upon graduation, Don found his new home at the University of Rhode Island, where he received a degree in Business in 1964, and another in Business Management in 1970. He later earned a Bachelor of Science in Civil Engineering Technology from Roger Williams University in 1976. More important than the degree itself, “Wendell” as he was then nicknamed, found lifelong brotherhood at the Sigma Chi Fraternity at URI. Don enjoyed sharing these memories with his friends and family for many years following. Sigma Chi became a mainstay throughout Don’s life. After being president of the Inter-fraternity Council at Sigma Chi and representing URI at the National Conference in Washington, DC, Don enlisted in the United States Army and served his country in Vietnam. Upon his return from war, he joined the Delta Sigma House Corporation and became Chairman, a post he held for almost twenty years. Don served six years as Assistant Preator for the New England Atlantic Province. He has also served on the workshop faculty in the Consul division. In recent years, Don served as co-chairman of the Delta Sigma Housing Committee charged with the design and construction of the new Delta Sigma at URI and was the President of the Narragansett Bay Alumni Chapter. Sigma Chi was a treasured part of his history.

Following his return from Vietnam in 1969, Don began his career working with his father and brother at Buerkel and Company, Consulting Engineers, in Cranston. Buerkel and Company later became the Rhode Island office of Charles T. Main, Inc. In 1971, Don, his father and brother left Charles T. Main to form Wilkinson Associates Consulting Engineers where he remained for the next forty three years. He retired as President of his family company in 2013. He was a Registered Professional Engineer in the State of Rhode Island.

Every one that knew him was well aware of his avid love of the Red Sox, only missing a handful of games over the past fifty years. He was blessed to see his team win the World Series four times in his life time. He was a Lionel toy train collector, traveling to train shows and building by hand a spectacular train room that people were in awe of. Don’s grandchildren spent many hours watching their “GPA” run his trains for them. Don was an artist, his pen and ink drawings adorn the walls of each of his five children’s homes, and his own. His other loves included photography which he passed on to his first grandson and genealogy, which led to published works of family history. Don’s pride and joy and favorite moments and memories were of times spent with his wife and family. He loved pool days with his grandbabies more than anything else.

Don leaves behind his children, James C. Wilkinson and Cristina W. Trainer and his wife’s three children, Christine M. King, Robert S. Plain and Matthew R. Plain and eleven grandchildren, all of whom he loved so dearly.

In lieu of flowers, donations can be made to the American Parkinson’s Disease Association, Rhode Island Chapter, P.O. Box 41659, Providence, Rhode Island 02940.