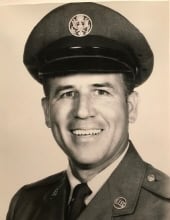 Armand C. “Charlie” Lacaillade, 97, of East Greenwich, formerly of Coventry, passed away peacefully on Thursday, Aug. 5, at Saint Elizabeth Home. He was the beloved husband of Hattie Louise (Bradbury) Lacaillade for over 43 years.

Born in Coventry Nov. 26, 1923, he was a son of the late Alfred and Diane (Hebert) Lacaillade and was one of four children. He began working as a teenager at the Gorham Silver Company and then became a welder at the Electric Boat shipyard in Connecticut. Armand was drafted into the Navy during WWII in 1943, and entered the Seabees based on his trade skills. He was sent to the Pacific theater of operation to help build advance bases, airstrips, piers, fuel tanks and warehouses in various war zones for American forces as part of the Naval Construction Force. He was part of the multi-service Naval force prepared to invade Japan if they didn’t surrender after the atomic bombs were deployed. He served in the Navy Seabees until 1949.

While at home on reserve duty, Charlie re-enlisted in the Air Force in 1950, and was sent to Korea during the Korean War. He was awarded the Korean Service Medal, the UN Service Medal, and National Defense Service Medal. After the Korean War, he was stationed at various bases in the U.S. and overseas including Maine, Massachusetts, Texas, Japan, North Carolina and Alaska. He served in the Air Force until 1969, working his way up the ranks to Senior Master Sergeant while managing various platoons responsible for base airfield and vehicle maintenance. He retired in 1969, with 25 years of active military service, and then moved to Bridgewater, Mass., to raise his family. He worked as an electrician/office manager in Dedham, Mass., until he retired from this position in the mid 1980s. In 1976, he married his beloved wife, Hattie Bradbury, and they lived together in Wareham, Mass., and Coventry R.I.

Visitation will be held Friday, Aug. 13, from 9 to 10:15 a.m. in the Carpenter-Jenks Funeral Home West Warwick, with a Mass of Christian Burial at 11 a.m. in SS. John & Paul Church of Coventry. Interment with Military Honors will follow in the R.I. Veterans Cemetery, Exeter. In lieu of flowers, memorial contributions may be made to Saint Elizabeth Community (or any Saint Elizabeth Community member or program), 2364 Post Road, Suite 100, Warwick, RI 02886. Masks are recommended for unvaccinated visitors.