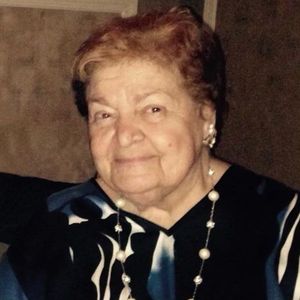 Carol Gloria McIntyre, 85, resident of Four Seasons at Wall, New Jersey, passed away on Sept. 3. Carol was a proud New Jersey girl. Born in Newark to Florence and Michael Pompilio, she graduated from Barringer High School and earned a B.S. in Chemistry from St. Elizabeth’s College in 1957. This led her to the Schering Corporation in Bloomfield where she was a chemical documentalist, analyzing various medicines for applications in the pharmaceutical industry from 1957 to 1962.

A chance meeting as a college student applying for an inter-term job at Newark City Hall changed the destination of Carol’s life when she met Providence College student Michael McIntyre, also hired that day to work in the Tax Department. A friendship developed that eventually led to their marriage in 1961, in Newark’s St Francis Church. The couple moved to Springfield a year later to begin to raise a family, beautifully blending their Italian and Irish cultures.

In 1976, Mike’s work required a move to East Greenwich. where they remained until 1998, with the exception of one year back in New Jersey. The family flourished through the years with Carol’s dedication to the needs of their five children, especially their educations, while she also managed to find time to serve her church and community. When Mike retired in 1998, they came “home” to New Jersey and an active life in the Four Seasons community. When something really interested Carol, she went for it whole-heartedly. In the early years of her marriage, she became skilled at needlepoint, including the extraordinary method and artistic patterns of kazari. The beautiful gifts she created through the years are treasured by extended family and friends. Carol was also a tough competitor when it came to cards and board games. Winning was the objective, no matter who the opponents. She excelled at bridge but also loved canasta, pinochle and cribbage. There were even some tough exchanges when her grandchildren challenged her to a game of Scrabble or Clue, but they always ended with good-natured ribbing, laughter, and “Wait ’til next time.”

The highlight of Carol’s talents was her cooking. Extended family, friends, and even friends of friends were always eager for a seat at her dinner table filled with delicious Italian specialties. They flocked to every birthday, First Communion, Confirmation, and any other occasion to enjoy the feast, and even any other day just for her sandwiches of roasted peppers, provolone and olive oil on crusty Italian bread. She was also known to show up with a dish of her famous sausage and peppers in hand when invited to someone’s house, much to the host’ s delight.

Carol Grace (Pompilio) McIntyre lived a full life guided by her Catholic faith and a special devotion to the Blessed Virgin Mary. She was loving wife, mother and grandmother, devoted relative, loyal friend, and active member of her community. She will be greatly missed. Carol was predeceased by her parents, brother Ralph Pompilio, and infant daughter, Paula Margaret. She is survived by her husband, Michael, and children: Michael (Julie), of Methuen, Mass.; Christopher (Jeannie), of Mountainside, N.J.; Frank (Carol Ann), of Westfield, N.J.; Caroline, of Summit, N.J.; and Danielle (Louis) Luther, of Basking Ridge, N.J.; and grandchildren: Michael T., Daniel, Sarah, Kyle, Matthew, Robert, Amanda, Chris, Alexandra, Abigail, and Mackenzie.

A Life Celebration will be next Thursday, from 4 to 8 p.m. at Gray Funeral Home in Westfield, New Jersey. A Mass of Christian Burial will be held at 11:30 a.m. Friday, Sept. 10, at Holy Trinity R.C. Church, also in Westfield. In lieu of flowers, donations may be made to St. Jude Children’s Research Hospital in Memphis, Tenn., or to Saint Elizabeth University scholarship fund in Covent Station, N.J.