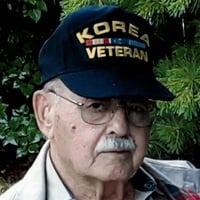 Carlo was an Army Veteran of the Korean War where he participated in seven major campaigns from 1950 to 1952. After leaving the Army, he joined the Rhode Island Army National Guard from which he retired in 1985. He received over 20 awards and decorations for his military service.

He was the procurement director for the Naval Submarine Base New London in Groton, Conn., and after retiring in 1990, he then became self-employed as a business consultant and contract instructor for the federal government.

Active in the veterans’ affairs, he was the past commander and life member of American Legion Post 15 in East Greenwich, and served as the American Legion Boys State Director from 1967 to 1968.

Retirement was a time spent enjoying the company of family and friends at holiday gatherings or when he had legendary pool parties. When food came off the grill, everyone was called to eat by the Chief Warrant Officer who made it sound as if there wasn’t enough food to go around, but there always was. The nonagenarian watched many children grow into adulthood and have children of their own, all of whom are better for knowing him.

He is predeceased by his daughters, Pamela Rossi and Susan Emmons, and his grandson, Travis C. Penza.

He is survived by one daughter Carlyn Penza of Providence, and her husband Kenneth, two sisters, Delores Aiken of Providence, Celeste Pettis of Miami Shores, Fla., a brother, Paul F. Ciasullo of Foxboro, Mass., six grandchildren, and three great-grandchildren.

Due to the coronavirus restrictions, the funeral will be private. Donations in his memory may be made to the Shriners Hospital for Children at www.shrinershospitalforchildren.org.