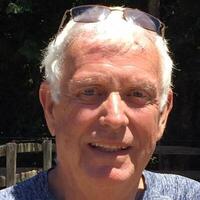 Arthur James McDonald, Jr., 77, passed away on March 18.  He was the beloved husband of Mary (Shanley) McDonald for 42 years.

Born in Delhi, NY, he was the son of the late Arthur James McDonald and Marjorie (Clark) McDonald Conklin. He was the brother of Patricia Oblak (Robert) and Douglas McDonald (Michelle). He is survived by his two sons, A.J. (Wendi) and Shawn (Colleen), as well as five grandchildren and three great-grandchildren and many nieces and nephews.

Art joined the U.S. Navy in 1963, and spent his entire career at Quonset Point Naval Air Station, serving as an aircraft mechanic. After his discharge in 1967, he remained in Rhode Island working on construction sites around the state. A staunch union supporter, he belonged to Laborers Local 271 and Carpenters Local 94.

Art also brought his strong work ethic and skills to his job with the U.S. Fish and Wildlife Service. He built many structures for visitors to the Trustom Pond and Sachuest National Wildlife Refuges. A lover of the outdoors, he enjoyed traveling to the U.S. National Parks and to the Canadian Rockies.

A longtime resident of East Greenwich, Art was known as a resourceful and generous friend and neighbor. When snowstorms struck, he was first to use his snowplow to clear driveways.  He willingly shared his expertise with family and friends, helping with projects and advising on matters from construction to gardening.

A Mass of Christian Burial will be celebrated Thursday, March 24, at 10:00 AM at Our Lady of Mercy Church in East Greenwich. Burial with military honors will be in RI Veterans Cemetery in Exeter. Calling hours will be held on Wednesday, March 23, from 5:00 – 7:00 PM at the Hill Funeral Home in East Greenwich. In lieu of flowers, donations in Art’s name to Faith Hill Farm Foundation, 2056 Division Rd., East Greenwich, RI 02818 would be appreciated.