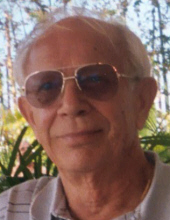 Arthur H. Little, Sr., 93, of Warwick, passed away on Wednesday, Dec. 13, at Greenwood Center in Warwick. He was the husband of Ellen M. (Alexander) Little, Warwick, and was married for 44 years. He is preceded in death by his first wife, Mary (Robinson) Little (1977). Born in Warwick, he was the son of the late Roscoe Charles Little and Winifred (Emery) Little. He is survived by his sister, Ann E. Humphreys, and preceded in death by his brothers Robert Little, Bruce E. Little, and John Thomas Little.

Arthur was a Master Plumber and owner of Norwood Plumbing & Heating. Arthur was a member of the Doric and Nathaniel Greene Masonic Order for 56 years, the Scottish Rite, Harmony Lodge #9, and the Rhode Island Shriners as a member and past Chief of the Artisan Unit. An avid hockey and football fan, Arthur played semi-pro football in his younger years as well as sponsoring and playing hockey for his Norwood Plumbing team in the Old Timers League at Thayer Arena.

He married Ellen in 1978 and they retired to Bradenton, Florida, in 1998. He enjoyed volunteering as a plumber for the Piney Point Senior Park Association, where they lived and loved hosting parties, dances, and the park’s many trips and entertainments. They spent many days at the beach together and he particularly enjoyed his friends at Sahib Shrine, Sarasota. Returning to Rhode Island for health reasons and to be near family, they lived with her son for ten years and then moved in with his daughter in 2020. Services will be held at a later date.

In lieu of flowers, contributions in his memory may be made to the Shriners Childrens Hospital at ShrinersChildrens.org.