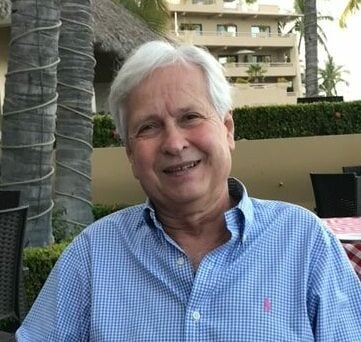 Antonio R. Freitas, 73, of Providence, passed away peacefully surrounded by his loving family. Born in San Miguel, Azores, Tony was the son of the late Joao Freitas and Maria Lurdes Freitas and came to the United States when he was 14 years old.

A graduate of Central High School and New England Institute of Technology, Tony was a true immigrant success story – a perfect example of how an individual’s hard work can help achieve the American dream. He began his HVAC career at the age of 18 and just a few years later started his own business, Tony’s Refrigeration. In 1973, he changed the name to JKL Engineering Co. Inc., named after his three daughters – Judith, Kimberly and Lori.

Not many worked harder than Tony – always available to go on a service call at any time of the day or night and worked no less than seven days a week.  When he wasn’t working at JKL, he was tending to his rooftop garden in the summer and plowing everyone out in the winter.

His success as a Carrier distributor allowed him the opportunity to travel the world with his fellow New England HVAC business owners, many of whom considered Tony the life of the party.

Tony was extremely generous and would give you the shirt off his back. He was very charming and took great pride in his ability to capture the room with his colorful and animated stories. He was particularly fond of seafood and ice cream and was happy to provide everyone with unsolicited advice, especially when it came to temperature control and home repair.

One of his greatest accomplishments was being a key witness and going undercover to assist the FBI in fighting corruption in Providence City Hall. Operation Plunder Dome later became a large part of the podcast, Crimetown, in which Tony was featured. He was so proud of his “role” as Mr. Freon, known for always wearing his “lucky underwear” when he wore a wire for the FBI.

He is survived by the eldest of his five siblings, Herminio Freitas of North Providence. He leaves his children Judith Parente and her husband Anthony of Port St. Lucie, Fla.; Kimberly Balkcom and her husband David of East Greenwich; Lori Zegarzewski of Warwick and Anthony Freitas of Billerica, Mass.  He also leaves his beloved companion of many years, Beth Measley, and her children, Meghan Colozzo, Hans Measley and his fiance Ashley. He was “Grandpa Tony” to Richard, Anthony, Bruno, Lola, Matthew, Mia, Bella, Domenic, Derrick, Zane and Emelia and “Papa Tony” to his two great grandchildren, Gianna and Ayden.

In addition to his parents, Tony has joined his sisters, Lurdes Festa, Maria Natvidade Arago, Natalia Violante, his brother Amorino J. Freitas and his faithful bichons, Kevin and Lee.

In lieu of flowers, please donate to SmileTrain at donate.smiletrain.org.

You can leave an online condolence at the Rebello Funeral Home website HERE.