Anthony Serafino Picchione, known to his oldest friends as Butch and to others as Tony, passed away on July 8 after a prolonged battle with lung disease. He was predeceased by his wife of 51 years Jacqueline Ann Picchione who died nearly one year prior. It was a difficult year for him without her and we take comfort knowing that they are reunited. 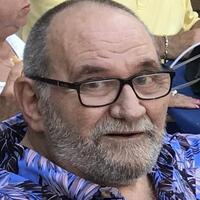 Tony was born on Federal Hill on January 28, 1945. His own father, Serafino Picchione passed away before Tony was born, so he was raised by his mother Rose Picchione, who never remarried. From Rose he learned the importance of hard work and supporting your family. Although he grew up on the Hill, Tony spent most of his summers in and around the beaches in the Potowomut area of Warwick where he and childhood friends Chick Coletta and Lou DiMario caused trouble. Tony kept stories of their exploits well-hidden from his children (presumably so as not to encourage similar behavior).

He graduated from Central High School with the goal of becoming a mechanic. He soon realized that goal, enlisting in the Air Force and serving as a jet aircraft mechanic. In the Air Force he attained the rank of Airman First Class. He was stationed in Thailand during the Vietnam War and served on temporary duty in Vietnam. During that time he earned the Air Force Commendation Medal. During that time he also developed an enduring appreciation of country music, which his children found baffling.

When he returned from Thailand he was stationed at Otis Air Force Base; it was there that he met his wife-to-be who was working on the Cape as an X-ray technician at Falmouth Hospital.  They married on June 8, 1968, with his cousin Donato Cecere serving as his best man.

In true Rhode Island fashion, he returned to Rhode Island to raise a family in the same Potowomut neighborhood where he had raised hell as a boy. After briefly owning his own bar (The Village Inn), Tony spent most of his career as a manager at Burger King restaurants around the state. He also spent many years as a member of the RI National Guard stationed at Quonset.

It wasn’t until later in life that he found his true calling: karaoke. His repertoire spanned decades and crossed genres. Tony would sing it all, from Frank Sinatra to Johnny Cash to Jimmy Buffett.  He even recorded a CD. For a man of few words, it was a surprising hidden talent. He was grateful for his many DJs, especially his friends Skip Davis and Leo Bannister.

Tony is survived by his son Anthony J. (AJ) Picchione and daughter-in-law Lilly, daughter Dianna (Picchione) Brou and son-in-law Joel, beloved grandchildren Noah and Nathan Brou and Avery and Liza Picchione (who will miss their Papa). He was preceded in death by his brother Donato Picchione.

A private burial with military honors will be in the Rhode Island Veterans Cemetery.