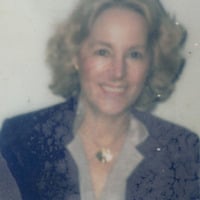 Ann E. DeLisi, 94, of Cumberland, died June 27, following a brief illness. She proudly lived independently until a few weeks before her passing.

Ann was the loving aunt of John A. O’Connell, and his wife Cheryl, of Norton, Mass. She is predeceased by her parents, Arturo and Elvira DeLisi and sister, Flora A. O’Connell, and her husband John, all formerly of East Greenwich.

Ann was born June 30, 1927, in Providence. She attended Rhode Island schools prior to entering the workforce and worked in a variety of executive assistant roles throughout the U.S.  Ann made many dear lifelong friends through her career. During the 1950s and 1960s, her career took her to positions with the U.S. Navy in Washington D.C.; Lockheed Martin in Menlo Park, Calif.; and a bank mortgage department in Fort Lauderdale, Fla. In the 1970s, she worked at Raytheon Technologies in Portsmouth; Moliterno Stone Sales in Warwick; and then finished her career at the Rhode Island Port Authority, Department of Economic Development at Quonset Point, where she worked from the early 1980s to 1995. In addition to working full-time, she also became a real estate agent and worked for Century 21 Dwyer & Laraway Co. in North Kingstown, from the late 1970s through the mid-1990s.

In her post-retirement years, Ann traveled extensively throughout Europe, with her favorite destinations being Spain and Italy. She also enjoyed shopping and had a keen eye for beauty and fashion. Ann also enjoyed frequenting her favorite restaurants in Rhode Island and Massachusetts. She loved getting out and enjoying the day with family and friends.

Ann recently moved to an active adult community in Cumberland, where she made many new friends. She had an engaging and wonderful personality and was exceptionally generous, often placing other people’s needs before her own. Ann was a wonderful aunt and will be greatly missed by all who knew her. Ann was also a dedicated Roman Catholic and was a participant of Saint Francis de Sales Roman Catholic Church in North Kingstown.

Funeral service is Saturday, July 16, at 1 p.m. at the Hill Funeral Home, 822 Main St., East Greenwich. Visitation will be held prior to the service from 11 a.m. to 1 p.m. Burial will be private.