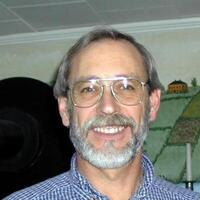 He has been a resident of North Kingstown, RI for 49 ½ years. He was a graduate of East Greenwich High School in 1968, and Rhode Island Radio and Electronics in 1970. He went to work for Rhode Island Electric Protective Company in March 1971 and was with that company for his entire career. The company changed names many times and it is now Johnson Controls. He was a Senior Service Technician.

Allen was an avid fisherman, fly and sea kayak fishing. He played volleyball until about 15 years ago. He hunted, and went canoeing and camping every year, early in the spring on the Saco River in Maine, with his group of “Weasel” friends and his brother for many years.

He is survived by his wife Diana L. (Evans) Brown and his children, Heather R. (Brown) Pierson and son-in- law John C. (Jay) Pierson of Hockessen, Del., and son Todd K. Brown of North Kingstown. He has three grandchildren, John B. (Jake) Pierson, Samantha (Sammy) R. Pierson, and Owen A. Pierson. He was a proud and loving husband, father and grandfather.

Due to the coronavirus, his funeral will be private. A celebration of his life will be announced at a future date, sometime next spring. Donations in Allen’s memory may be made to the American Cancer Society.