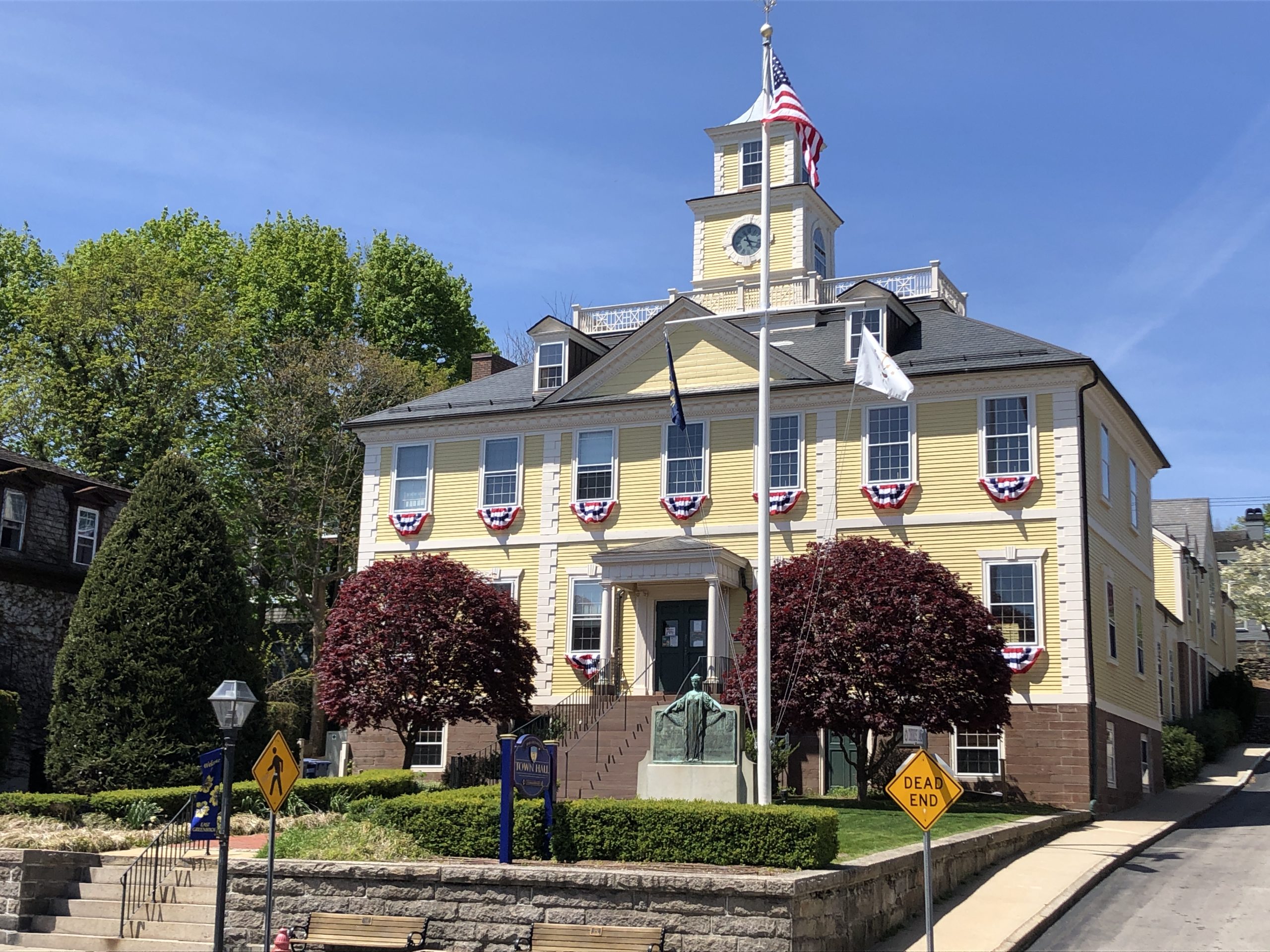 Town Manager Andrew Nota released his fiscal year 2021 budget Friday – his first as East Greenwich’s town manager – acknowledging the grim realities facing EG due to the economic ravages of COVID-19, as well as decisions made by previous administrations that are challenging the town now. He will present to the Town Council at a virtual meeting Monday at 7 p.m,. The $73.3 million budget calls for a 1.4 percent increase in the tax levy, an increase of $.08 per $1,000 assessed home value, an $36.39* increase for a house valued at $454,979 (the median price for a house in East Greenwich).

EG schools, which requested $37.8 million from the town – 3.8 percent over current year funding – would get $37 million, a 1.79 percent increase. That’s $800,000 less than the School Committee requested (read about the EGSD budget HERE).

Nota’s budget also calls for cuts in town personnel of just under $750,000 representing 10 positions, some that were already vacant and just won’t be filled, but also some layoffs.

“In almost every respect, the development of the FY2021 budget has been the most challenging that I have ever been involved with,” Nota wrote in his budget introduction. “Frankly, we must expect and be prepared that the economic news at the state level … will continue to get worse before it gets better.”

While the vast majority of the town’s funding comes from property taxes, more than $5 million of the town’s revenue comes from the state, in education aid (which pre-pandemic had been forecast at $3.35 million in 2021) and appropriated and pass-through municipal aid (estimated at $2.34 million pre-pandemic). The $1.2 billion in federal CARES stimulus money can be used to cover COVID-19-related expenses, not budget shortfalls. There is some movement on another stimulus bill out of Washington that would offer aid to states and municipalities, but there’s considerable uncertainty about what that would look like and when it would come.

“The loss of a major portion of these [state] resources will have a devastating effect” on EG schools and municipal services, said Nota in his budget note. Facing a budget deadline of June 24 (already two weeks later than had previously been planned), “all we can do is to provide an educated estimate,” he wrote. “That is not a good budget writing strategy.”

Other questions remain, in particular whether or not businesses and homeowners will pay their property tax bills.

“The simple fact is that at various times various decisions were made [by previous administrations] that are now inhibiting the town’s ability to move forward.”

Some of that has to do with the town’s debt – nearly $5 million of the 2021 budget will go toward debt service – and some of that has to do with parts of labor agreements that were not budgeted for (an example is the inclusion of deep cleanings at EGFD stations – there was nothing in the budget to cover that cost, which is estimated in the $30,000 range – read more HERE).

On the school side, School Committee Chairwoman Carolyn Mark said she was not yet ready to comment on Nota’s budget proposal.

* Editor’s note: This figure has been amended from an earlier version of this post. Our apologies for the error.