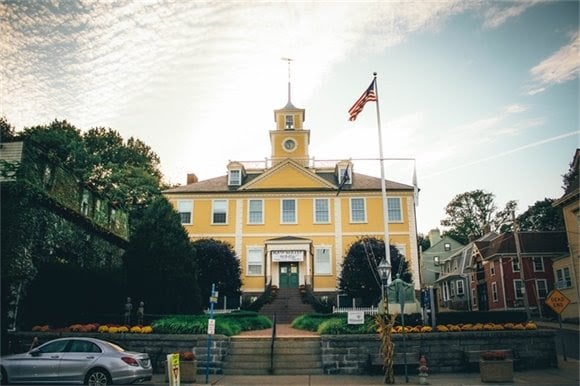 The proposal would boost spending by the town by $2.8M

Town Manager Andy Nota unveiled a $79.67 million budget proposal for fiscal year 2023 (which starts July 1), a $2.8 million increase over the current budget. While the economy is improving, Nota said, the increase in the budget reflects higher inflation, staff turnover amidst a tight labor market, and infrastructure investments.

Nota’s proposed budget includes $38.67 million for the school district. That’s an increase of  $643,000 (1.69 percent) over the current year, but a decrease of $500,000 from the district’s budget request. Read about the EGSD budget, which was approved in March, HERE. Depending on what happens to the budget before it must be approved (by June 10), the School Committee may have to reconcile that $500,000 reduction, potentially through cuts of their own or use of their fund balance or a combination of both.

What’s different this year is the $3.92 million in federal funds available to the town – COVID relief money, $1.37 million straight to East Greenwich and $2,548,406 funneled through Kent County.

That money comes with a bunch of stipulations. Nota is recommending it be used mainly for infrastructure (ventilation improvements in all town buildings, for instance, and sidewalks) as well as a small portion of the funds to help combat lingering economic and mental health problems brought on by the pandemic. Read more HERE.

Regarding the town’s fund balance, Nota said it’s at 13.7 percent of total expenditures right now, right in the GFOA’s sweet spot of between 10 and 17 percent (GFOA is the Government Finance Officers Association). Nota said he planned to keep bumping that percent up to the higher end of the range in coming years.

His budget includes some positions that had been left unfilled for a while, including the deputy fire chief position, which has been vacant since 2016. The budget also has money for making a part time clerk in the DPW office into a full time position and would add a “parks operator.”

The Town Council is holding a public hearing on the budget in a special session Thursday (5/5) at 7 p.m. Public comment is invited! You can see Nota’s entire budget document HERE. The Town Council meets in a joint session with the School Committee Monday, May 16 – find the agenda, including the virtual link, HERE.