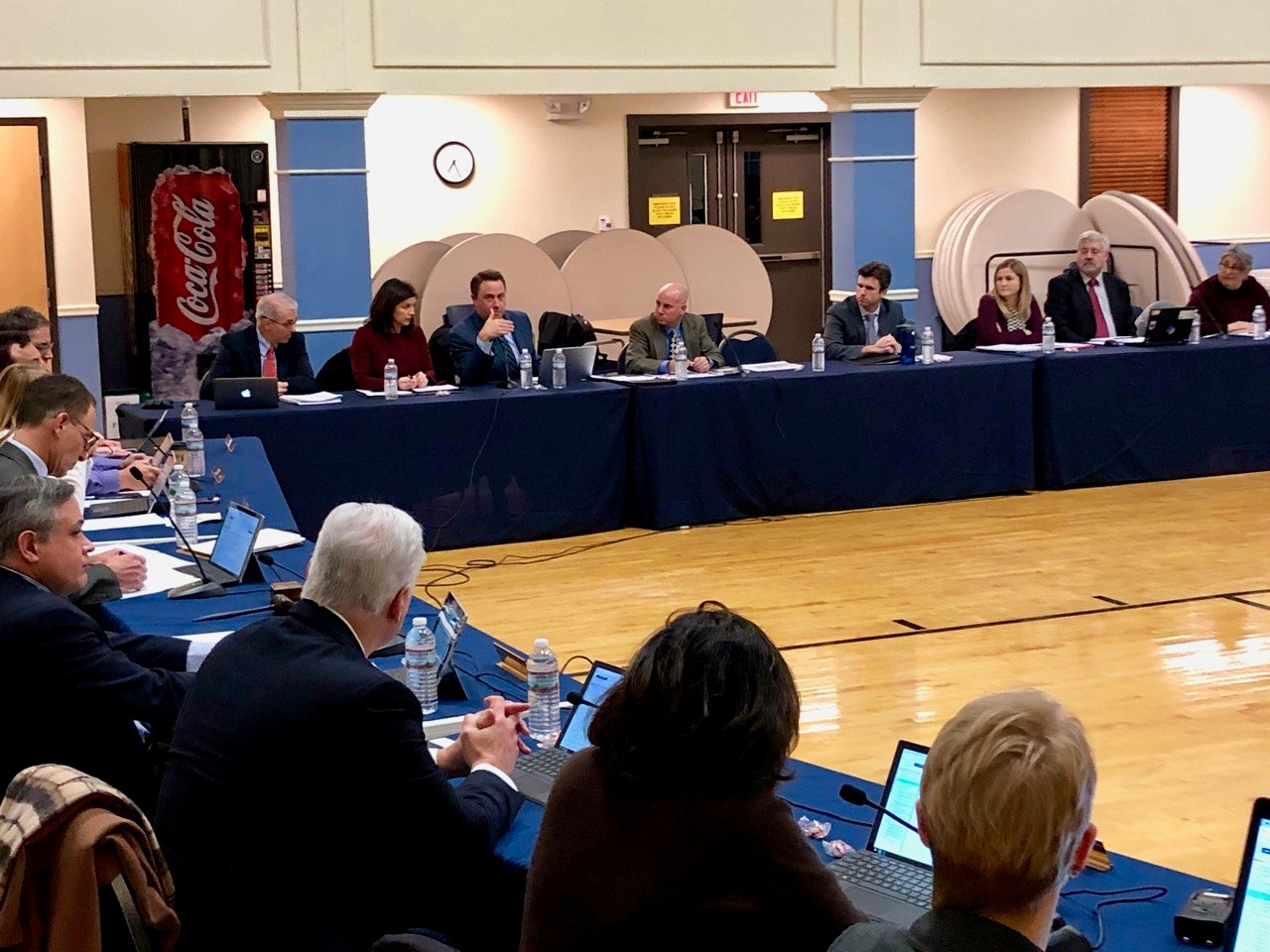 The Town Council Monday night told the School Committee it needed 30 days to get a handle on the town’s financial situation before it could give an answer to the schools request for $700,000 in additional funding this year.

Just two weeks into their new terms, this was the first time the two panels met in joint session. But for School Committee members, the clock has been ticking on this request for months, ever since a performance audit ordered by the School Committee showed a deficit of $1.2 million.

“I don’t disagree with you that there is a tremendous amount of uncertainty both on the town side and on the school side,” said Chairwoman Carolyn Mark.

“But the one area where, in fact, there’s a great deal of certainty and clarity is regarding the needs of the schools,” said Mark, referring to an audit of the district completed in September that outlined $1.2 million in immediate district needs. “They are not wants, they are needs. They are not things we can choose to do. They are things we are deficient in and failing our students in.”

She added, “Of the needs of the schools, we are quite certain and we encourage you to find a path to fund the additional appropriation as expeditiously as possible.”

The School Committee had sent a letter earlier this fall to the previous Town Council and got no response. The panel resent the letter to the newly elected council less than two weeks ago. Only one councilor carried over from the previous council – Mark Schwager, now council president, who made up the former council’s minority faction.

Matt Plain said he considered the council’s plan to wait 30 days to make a decision a denial of the School Committee’s request, calling the council’s explanation of not having enough information on which to act all too familiar.

“I’m having a bit of deja vu. I’ve seen that movie. We have students in this district with needs that are not being met,” he said. Plain was referring to earlier requests from the School Committee to the previous Town Council for additional money that were repeatedly put off with a “not yet.” For that council, anyway, not yet ended up being never.

Council Vice President Mike Donegan said he saw Monday’s meeting as the first opportunity to really understand the details of the extra appropriation request and that the council’s need for more time was not a denial.

Council President Mark Schwager also didn’t see the council’s response as stark as had been characterized by Plain.

“I don’t consider this a denial,” said Schwager after the meeting. “I think a deferred decision is an ongoing conversation.”

Asked what he thought the council would need to be able to make a decision, Schwager siad, “What we really need is a three-year perspective on our finances. We need to know where we finished in 2018, how we’re doing in 2019 … and we need to know the requests for 2020.”

The 2020 budget is months away, but Schwager said the council would be getting various department capital requests sooner. He also commented on the extraordinariness of the School Committee’s ask.

“The request is a very unusual event,” he said. “It’s an unusual process.”

If the Town Council grants all or part of the School Committee’s request, that money will be added to the school district’s current funding and would thereby be part of its ongoing maintenance of effort (what the town at the very least must fund the schools the following year). The previous Town Council had said it was open to giving the schools additional money if requested but repeatedly denied those requests.

Schwager suggested they meet again in joint session on Jan. 14.

If you appreciate East Greenwich News, consider making a year-end donation. Click on the Donate button below or mail a check to EG News, 18 Prospect St., E.G., RI 02818.