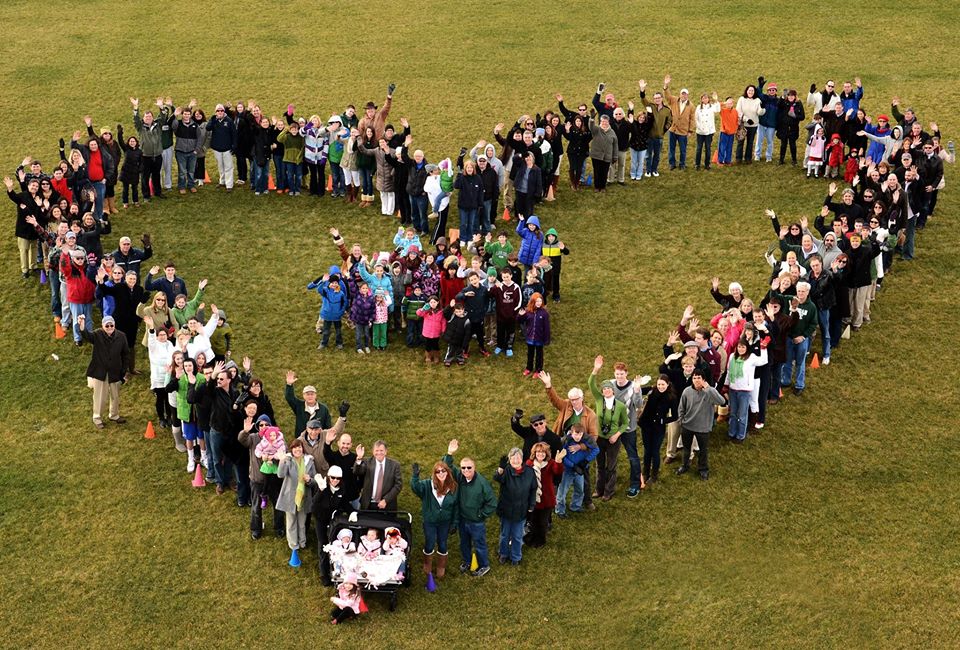 Above: Jeff Stevens captured this photo of EG residents sending love to the residents of Newtown, Conn., in 2012.

On December 14, 2012, twenty-six people lost their lives in Newtown, Conn., due to a mass shooting incident. Twenty of those killed were first graders. The other six were educators. Sandy Hook Elementary School became a place of national focus. I wrote this poem with the intent to help people remember each life tragically lost. Let’s hope that the time will soon come when there are no more days like this.

Hear the grieving mother.
Watch a father in despair.
Families touched by sadness,
surrounded by those who care.

Winter’s chill upon us.
Nights seem much more stark.
Yet choirs sing of Christmas
and a light shines in the dark.

It begins as a whisper,
then lands upon your face.
It’s snowing in New England
on a very special place.

Look up to the gentle flakes
falling from the sky –
they are children dressed as Angels –
sent from “up on high.”

They come around this time each year –
to remind us here on earth –
just how precious children are
and how very much they’re worth.

To those filled with sadness
trust that deep within your heart –
your children all are Angels
and you’re never far apart.

Soon they will come back again,
as gentle snowflakes too –
living up in a Holy Place
and returning each year new.