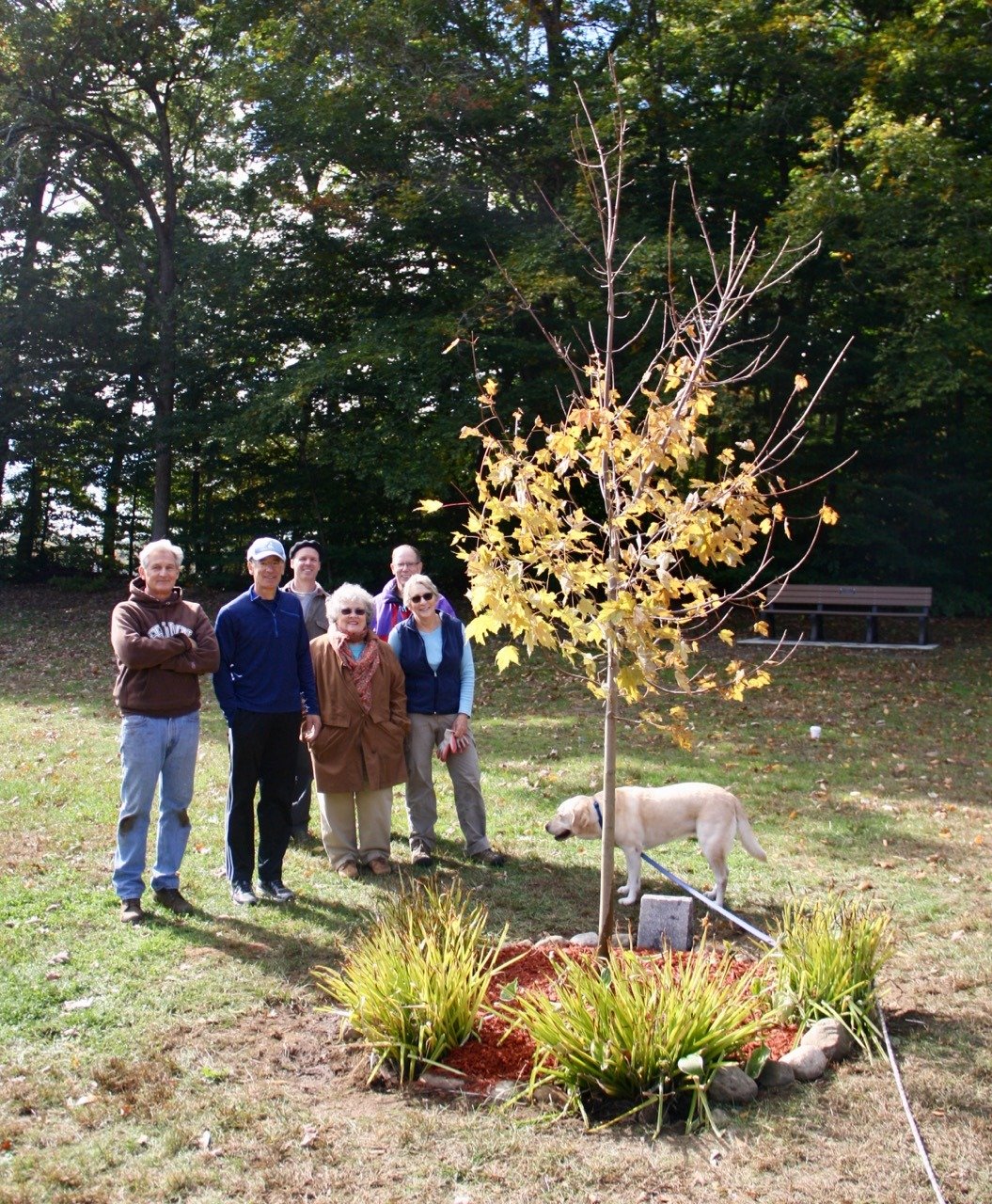 Every now and then, you get a chance to make things right. So it was for the East Greenwich Tree Council* on Sunday, Oct. 21, when it planted a tree near the tennis courts at East Greenwich High School, a replacement for a tree planted in 1995 in honor of Michael O’Neill, 17, who died in February of that year in a car accident. The tree was purchased by the town. 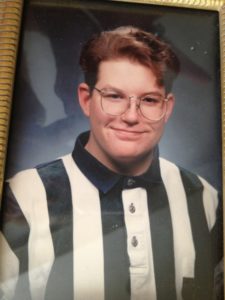 Michael was an EGHS student and he loved tennis, so after he died his parents planted a tree at the courts, marked by a granite stone. There is no water source nearby, but his mother, Adrienne, recalled watering the tree early on – carrying jugs to the tennis courts. The tree died a few years after it was planted. By then, the O’Neills had moved out of state. The hostas planted around the tree grew larger, obscuring the stone.

But the marker remained, calling out for a new tree. Now it has one, a native maple that one day will provide some much-needed shade to the area.

As it happens, the tennis courts of East Greenwich High School have become a special place. Last year, a bench was added to the area, with a view of all the tennis courts, dedicated to the memory of another tennis lover, Neil Fachon, EGHS Class of 2015, who died in 2017 of a brain tumor.

Because of illness, Michael’s parents, who live in Alabama, were not able to attend the tree planting but family friend and EG Tree Council member Marnie Sandham spoke about Michael.

“We’re here to dedicate this tree to the memory of Michael O’Neill, who was a beloved member of our community, who had an untimely, short life but very worthwhile. He had a very, very big heart…. He had devoted himself to tennis, as his mother had, from a young age. … My biggest remembrance of him was he always had a big smile on his face,” she said.

And Michael lives on – at least five of his organs were donated to people in need.

The stone for Michael O’Neill that was installed after the first tree was planted in his memory in 1995. It was hidden for several years by hostas that had grown up around the site, but today it is visible again.

The bench dedicated to the memory of EGHS alum and tennis lover Neil Fachon, who died in 2017.

* Full disclosure: This writer is a member of the EG Tree Council. If you are interested in joining the group, requesting a street tree or just learning more, email [email protected]