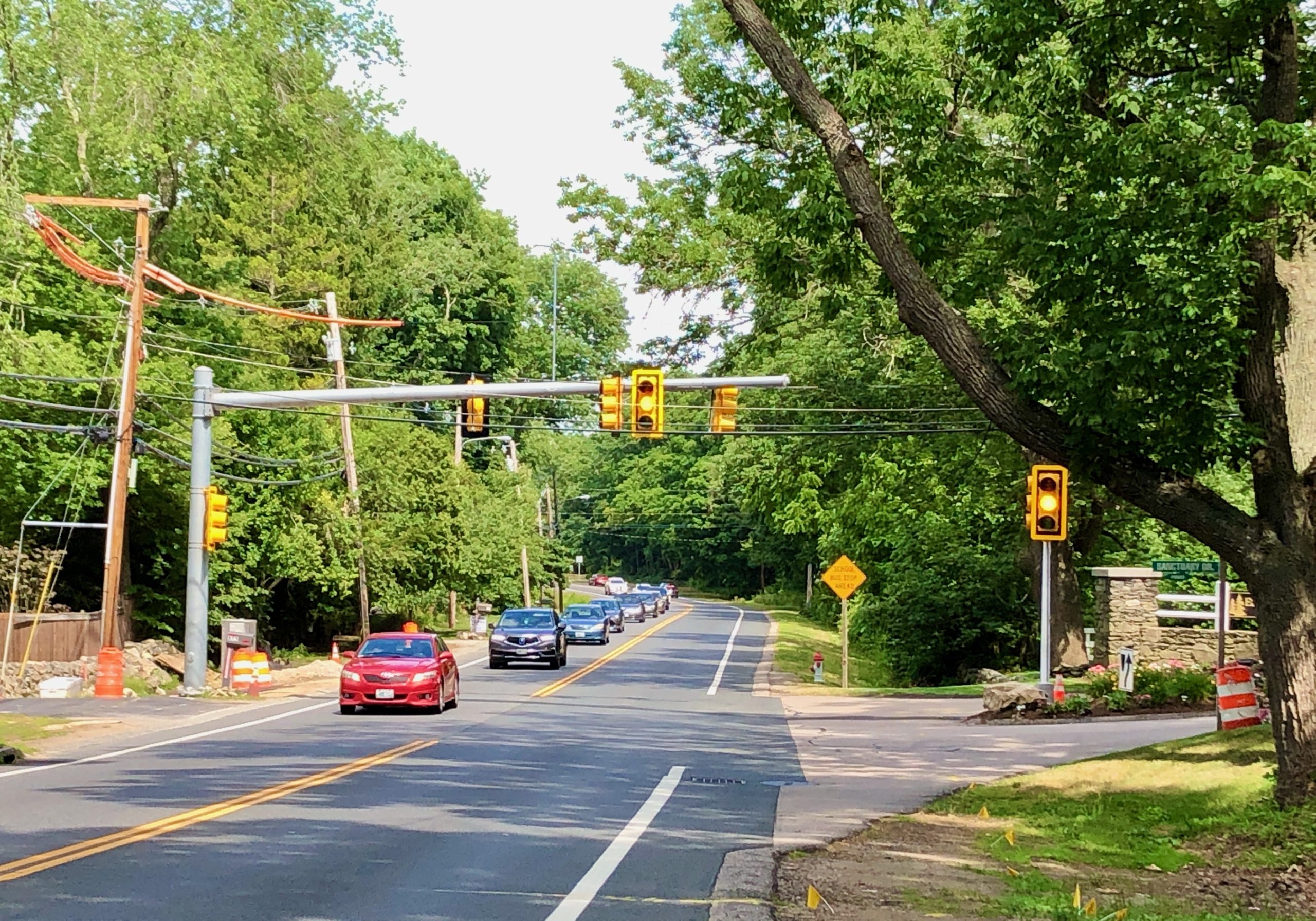 Above: The new traffic signal on Division Street at Sanctuary Drive.

There was a time not that long ago (two decades?) when a person could drive from downtown East Greenwich all the way to downtown Providence and not encounter one traffic light. Truth!

That is no longer the case and perhaps we are all safer – if slower – because of it. Now there is another traffic signal on Division Street at Sanctuary Drive, flashing yellow but sometime soon it will become a functional traffic light.

According to Charles St. Martin, a spokesman for the state Dept. of Transportation, the new signal is part of the Division Street bridge project over Route 4. The bridge is to be rebuilt over the next couple of years; a temporary bridge is going up just north of the current bridge.

But St. Martin also said the light at Sanctuary Drive would be permanent. He said the decision to install a new traffic signal was made by the state Traffic Commission after a study reviewing traffic volume, crash data and other information. The new signal was approved last fall.

Do you have a question about something in East Greenwich? Ask us at [email protected] and if we don’t know the answer, we will endeavor to find it!