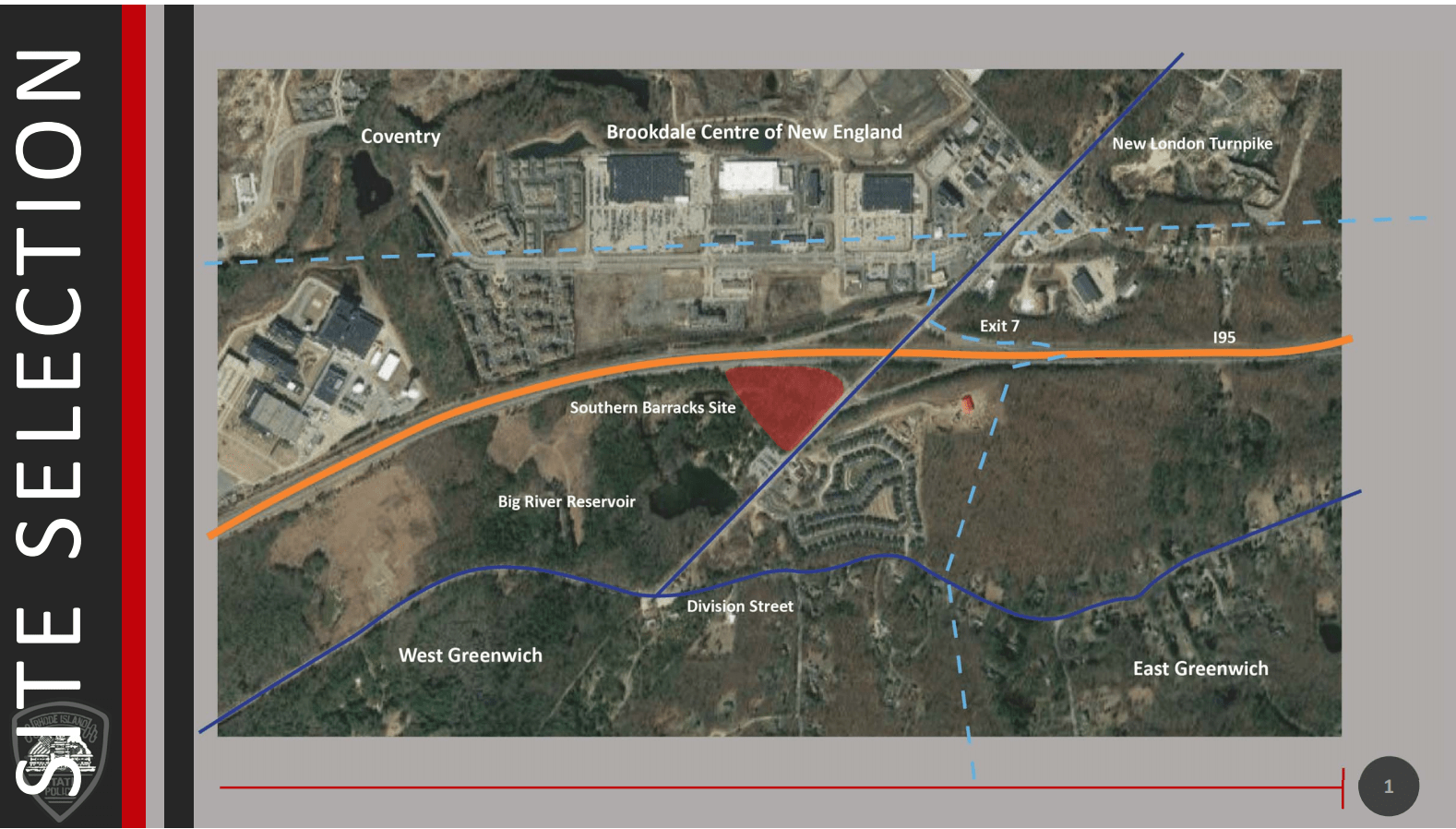 Above: The proposed RISP Southern Barracks would be located in West Greenwich on New London Turnpike just off Route 95.

Editor’s note: the original story got the location of the proposed new barracks wrong. We regret the error and thank Reader Bob Ingerson for setting us straight!

So, it’s WEST Greenwich that could be the site of a new R.I. State Police barracks – Gov. Dan McKee added $28 million to his amended budget released last week for exactly that. The site is state-owned land in West Greenwich, next to Route 95 and fronting on New England Turnpike.

The state announced it was in East Greenwich.

The state’s confusion isn’t quite as crazy as you’d think. The dividing line between East and West Greenwich isn’t intuitive. For instance, Cracker Barrel restaurant in the Centre of New England is actually in East Greenwich, even though most of that shopping center lies in West Greenwich.

This facility would replace older barracks in North Kingstown and Richmond and would be known as the Southern Barracks.

A new RISP facility has been in the budget before (former Gov. Gina Raimondo had proposed spending $35 million on a new barracks to replace three older barracks), but with no exact location named.

“Some time ago we had unofficially heard EG was one of many sites being consider in a possible restructuring of state police barracks, although nothing definitive, no timeline and no commitment if and when changes may occur,” Town Manager Andy Nota said last week after news of McKee’s decision to add it to his budget surfaced. He said that was all the information he had.

The governor’s office Monday identified the location, including a drawing of the design, but had no additional details. 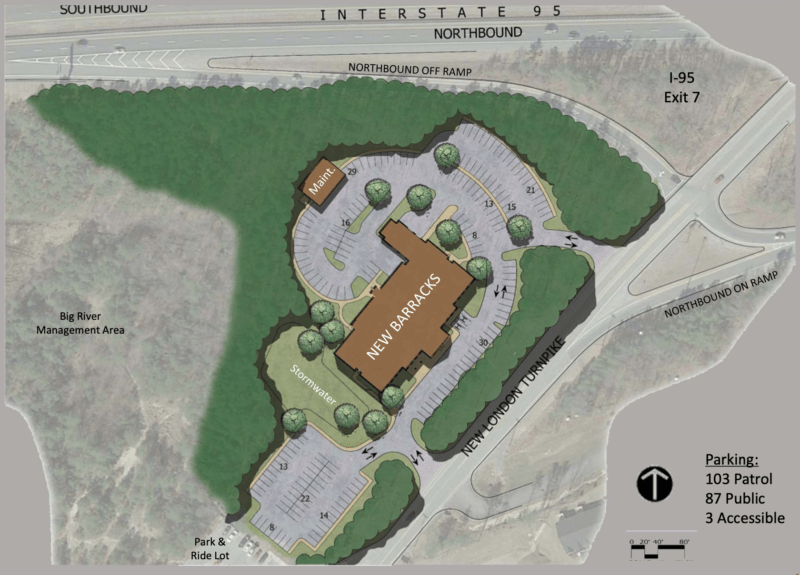 Design for the RISP Southern Barracks proposed for East Greenwich.