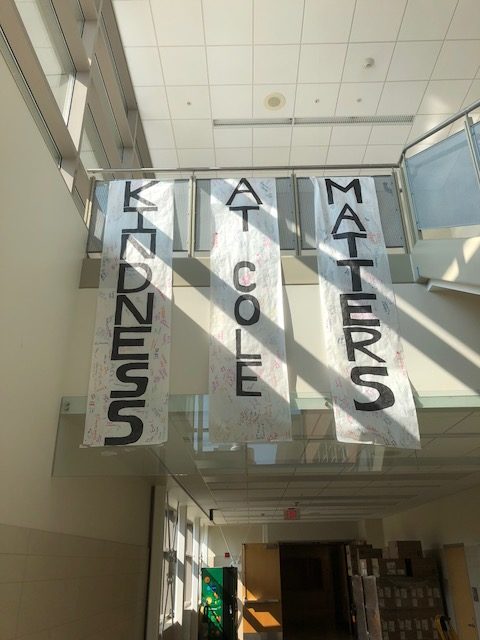 NOTICE: School will let out two hours early Wednesday, Aug. 29, the first day, because of a heat advisory.

The new school year starts Wednesday, Aug. 29, with a library media specialist back on the job at East Greenwich High School and an extra third grade class at Eldredge. But, unlike last year’s loss of four school administrators, this year the only administrator that needs replacing is Cole Principal Alexis Meyer, who was named the district’s newly created director of teaching and learning.

The first day of school will present one immediate challenge: the heat. Temperatures are forecast to be in the mid-90s on Wednesday, with humidity making it feel hotter. While none of the schools has central air conditioning, Cole Middle School faces the biggest challenge, especially on the third floor. The building – with lots of south-facing glass – was designed for air conditioning but that feature was eliminated before construction to save money ($1 million at the time).

“The first day of school is complicated enough,” he said. “They will try to use spaces in the building that are cooler.” 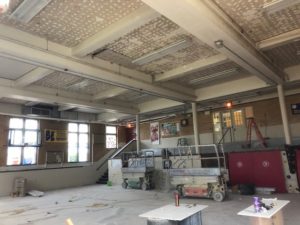 The gym ceiling at Eldredge is being repaired and should be finished by mid-September.

One of the new faces at Cole this year will be a familiar one in a new role: former custodian John Harvey will be teaching tech ed this year, having received special one-year certification from the state education department (RIDE). Meyer said it’s part of a push by the state to create alternate pathways for those professionals who come to teaching by way of their profession (say, plumbers and electricians), as opposed to their educational background.

Mercurio said the School Committee could vote on approving the hire of a new principal for Cole as early as next Tuesday, depending on how interviews go later this week. He said five applicants were interviewed last week; this week will be the second round. Mercurio said there were in-district and out-of-district candidates.

There’s not much new to report from Frenchtown and Meadowbrook (K-2), said Mercurio. Both schools have settled into their all-day kindergartens and both have returning building principals in Neil Marcaccio at Meadowbrook and Maryann Crudale at Frenchtown.

Hanaford Elementary (grades 3-5) got a new roof over the summer and Eldredge Elementary is having the gym ceiling repaired (after a collapse last April). Eldredge also got that extra third grade class. According to Supt. Mercurio, that addition was prompted by an influx of new students just since the beginning of August  – 30 new students so far, he said.

East Greenwich High School has seen an uptick in enrollment, Mercurio said, with the total number of students at 769 on Aug. 27. While the school again has a library media specialist, some parents are frustrated because there is no Latin 1 class offered at the high school this year.

Mercurio said the reason for that came down to numbers. With only one Latin certified teacher at the high school, only five Latin course can be offered. This year, there were more than 30 students wanting higher level Latin courses, more than double the number looking to take Latin 1.

“It seems to be an anomaly,” he said. The plan is to offer Latin 1 again next year.

Do you have news or questions about EG schools? Contact [email protected]