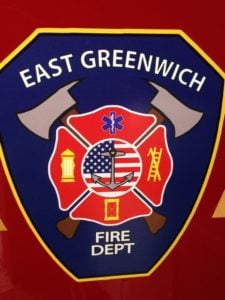 The town’s laser focus on the fire department continued Monday night, when Acting Fire Chief Christopher Olsen spent nearly 90 minutes outlining his 30-day report. Among the findings, Olsen said documentation on everything from fire incident reports to training was deficient and that the department was not a professional as it should be.

“Documentation, training, following policies, professionalism and communication need to be corrected and accountability will play a major part in the solution,” Olsen said near the end of his report, adding, “The plan of action will be backed up by detailed documentation.”

Olsen cited the incident report from a fire on Thanksgiving, Nov. 23, at a house on Rector Street. The report, he said, consisted of two sentences. He said a more complete narration of the incident was needed.

“So if you weren’t there and you read the report, you would know what they were doing,” Olsen said. He did, however, praise the page-and-a-half safety report that was done for that fire.

That incident and another one involving a gas line at the Dave’s plaza have prompted some outcry on social media citing safety concerns, because both took place on days in which the chief was at his home in New Hampshire and there is no deputy chief right now to cover for the chief when he’s away. (In a cost-saving move, Town Manager Gayle Corrigan decided to leave the deputy chief position vacant after a retirement in June.)

Typically, the chief or deputy chief would respond to a fire and be able to direct the firefighters from the outside. If there is no chief or deputy chief, Olsen said, the chain of command falls next to the captain on duty. On Nov. 23, that was Capt. Mears, who was on the first engine to respond to Rector Street. Because he was first to respond, he could not direct the fire from the outside, but rather had to commence fighting the fire. West Warwick responded to help with the fire and their batallion chief took over command.

It’s not ideal, said Olsen, but he expressed confidence in Capt. Mears.

As to why West Warwick responded to that fire when it was not the closest station, Olsen said Warwick and North Kingstown would be the preferred mutual aid responders going forward. (Mutual aid is when another municipality helps out with fire and/or police.)

Olsen also highlighted the yearly state Dept. of Health inspection of fire vehicles that took place Nov. 2 (shortly before he took over as chief). Several of the vehicles had deficiencies, some needing immediate resolution (such as a missing medical device or expired medication). Olsen said all deficiencies had been resolved but he wanted to put a better process in place going forward.

Jason Rhodes, who heads the Dept. of Health’s EMS division, called the East Greenwich report “average”  in an interview Friday.

Overtime came up, with Councilman Sean Todd remarking that the cost for November was close to $100,000, which is almost double the overtime in October. Later, during public comment, union president Bill Perry said the higher overtime in November was because of a federal grant for additional training – the training took place in November and will be paid for, almost completely, by the grant.

Another aspect of Olsen’s report was the department’s ISO (Insurance Services Office) rating. On a scale of 1 to 10, with 1 being best, East Greenwich scored a 4 in 2017. The rating includes best practices in terms of equipment – EG does not have a full ladder company, for instance, and a higher rating would require that. In addition, it takes into account whether or not an area has hydrants. Some areas west of Route 2 do not have hydrants.

The chief noted that firefighters were not always following the chain of command inside the fire house. On Tuesday, he explained.

Olsen spends Monday through Thursday in Rhode Island; he and his wife live in New Hampshire. East Greenwich is paying him $65 an hour for four 10-hour days (Mon.-Thurs.) – $133,200 a year. Former Chief Russ McGillivray made $103,000 a year. The town is also picking up the cost of Olsen’s lodging three nights a week. In an interview Friday, Town Manager Corrigan said she did not know how much that cost. She said the town would start a search for a permanent fire chief sometime in early 2018.

Olsen said he’s met “almost everybody” in the fire department.

“Being a good chief is important to me,” he said in an interview Tuesday. “We are going to move this fire station in the right direction, working together and making sure we have good communications with each other. We are professional but we need to push our buttons to be more professional…. I know we can make a good difference.”

Olsen said he was starting to work on a strategic plan for the department to roll out in late December, early January.

Above: Council Vice President Mike Donegan reads the proclamation to rename the Eldredge...