The East Greenwich Little League’s idea to provide a batting cage at Cole Middle School for Little Leaguers, school teams and the general public has run afoul of an abutting homeowner, prompting police to close the batting cage until further notice.

The homeowner, Chris Lamendola, is one of the six residents of Sarah’s Trace who sued the school department and the town over construction of the new Cole Middle School from 2009 to 2011. That case went to trial in 2015 and ended with the jury siding with the homeowners that the construction created a nuisance and fining the town $240,000 – $80,000 per household – for the nuisance.

In a police report from May 31, Lamendola told police noise from when the batting cage was in use was bothering his daughter, who works third shift and sleeps in the daytime. Lamendola said the decibel level of the bat when it hits the ball was over the town’s decibel limit (find the noise ordinance here).

The top decibel limit in East Greenwich is 75; Lamendola showed decibel levels above 90 at the moment of the crack of the bat.

Police asked if power equipment such as lawn mowers and air blowers were also bothersome and potentially exceeded the decibel limit. Lamendola conceded those things were loud, but said, “I like those neighbors.” He told police he believed the school department put the batting cage near his property line as “retribution” for past complaints.

“It was not meant to target or retaliate or do anything of the kind,” he said, referring to the decision to put the batting cage on that part of the school property.

“On that campus there’s not a lot of space for a batting cage,” he said. “What looks like open space, there’s irrigation and a conduit for electricity.”

East Greenwich Little League originally tried to install the batting cage using an earth moving machine to dig the holes, but Lamendola protested. Part of the argument in the court case had been that the large equipment used to prepare the ground for the new school had destabilized his house, creating large cracks in the walls and foundation. 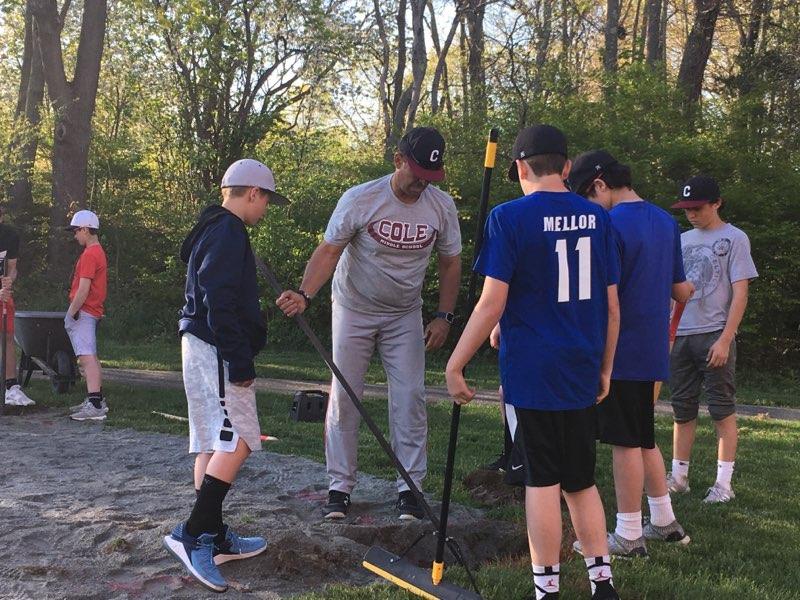 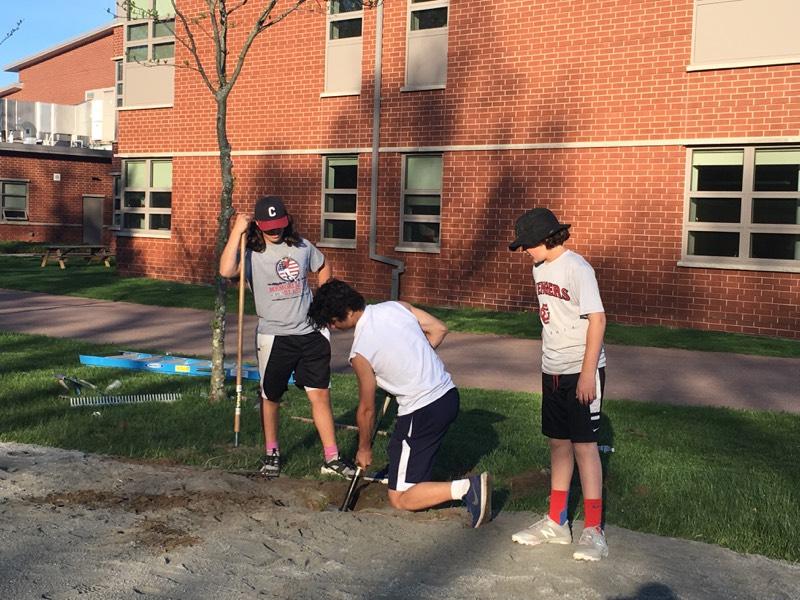 The Little League agreed to dig the holes using hand-held shovels and the batting cage was open for business in May.

After several complaints from Mr. Lamendola, however, Police Chief Stephen Brown decided June 6 to close down the cage pending review of the noise ordinance by Town Solicitor David D’Agostino.

Brown said the noise ordinance dictates citing the person making the noise. He said he didn’t want police to have to cite a 12-year-old.