Murder in a Small Town – The Dusza-Reynolds Story, Part 1 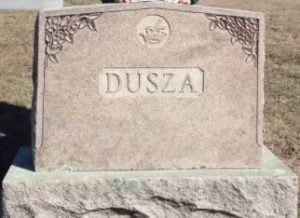 The Dusza family is buried in the East Greenwich Cemetery on First Avenue.

Editor’s Note: This is a true story.

“I was 8 years old and running with a dime in my hand. To the drugstore to pick up the paper for my old man.”   – Bruce Springsteen

I was almost 8 years old when it happened. I remember some scenes vividly. My grandmother in the crowd clenched fist in the air and screaming as they brought in the suspect. The crowd acting almost like a lynch mob.

But on Tuesday, Aug. 29, 1950, none of that was known just yet. The Providence Journal headline yelled: “Five Known Dead In East Greenwich” (funny thing – one of the dead, the wife, was pregnant, but they didn’t include the baby as someone who died, even after the fact. It would be different today.) “Sixth Feared Lost; 3 Victims Are Children! Blaze Puts Phone Out Of Action, Delaying Alarm In Lonely Section!”

My father responded along with a host of volunteers from the East Greenwich Fire District to the call on Carr’s Pond Road. He had his camera and filmed the goings on at the “pig farm,” as it was called. I still have the film somewhere though most of what you see are shadows and fire.

The firemen recovered five bodies: Fred Dusza, 39, his pregnant wife, Beatrice, 31, and their three children, Beatrice, 11; Kathryn, 8; and Gail, 3 1/2. Missing in the count was the body of the boarder, Edward Reynolds, 27.

There was evidence that the fire started in the cellar, then quickly spread through the 2-story, 7-room house that Dusza had built himself. When a neighbor discovered it, the house was already an inferno. Just after 4 a.m., the light from the Dusza phone came on at the switchboard in the Greenwich exchange, but the operator got no response. The whole party-line phone system in the area was shorted out.

Another neighbor drove the 4 miles into town and raised the alarm. When the firemen got there the house was pretty much in ruins. Catholic priest Father Metsy was there to give last rites, as was Dr. Taggart, serving as medical examiner, and Police Chief Charles Johnson, all observing the firemen work under the direction of Captain Herbert Wilson.

The fire appeared to have started under strange circumstance because Leon Gendron, father of Mrs. Dusza, said the house had no heat or cooking fire.

Mr. Dusza was a hard-luck soul, who had lost an eye in one accident, fingers from his hand in another, had at least other two accidents, and had lost his piggery (farm) in another town to bankruptcy. And his house was once struck by lightning.

The first body was found at 8 a.m. Subsequently the firemen found four more. Despite intensive searching, the volunteers could not find the body of the itinerant boarder, Edwin Reynolds, 27, who was staying with the Dusza family and doing odd jobs there so he could be close to his estranged wife and children, who lived just up the road from the Dusza pig farm.

It was then that questions started to surface.

End Part One. You can read Part 2 HERE. 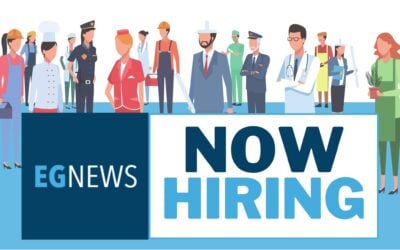