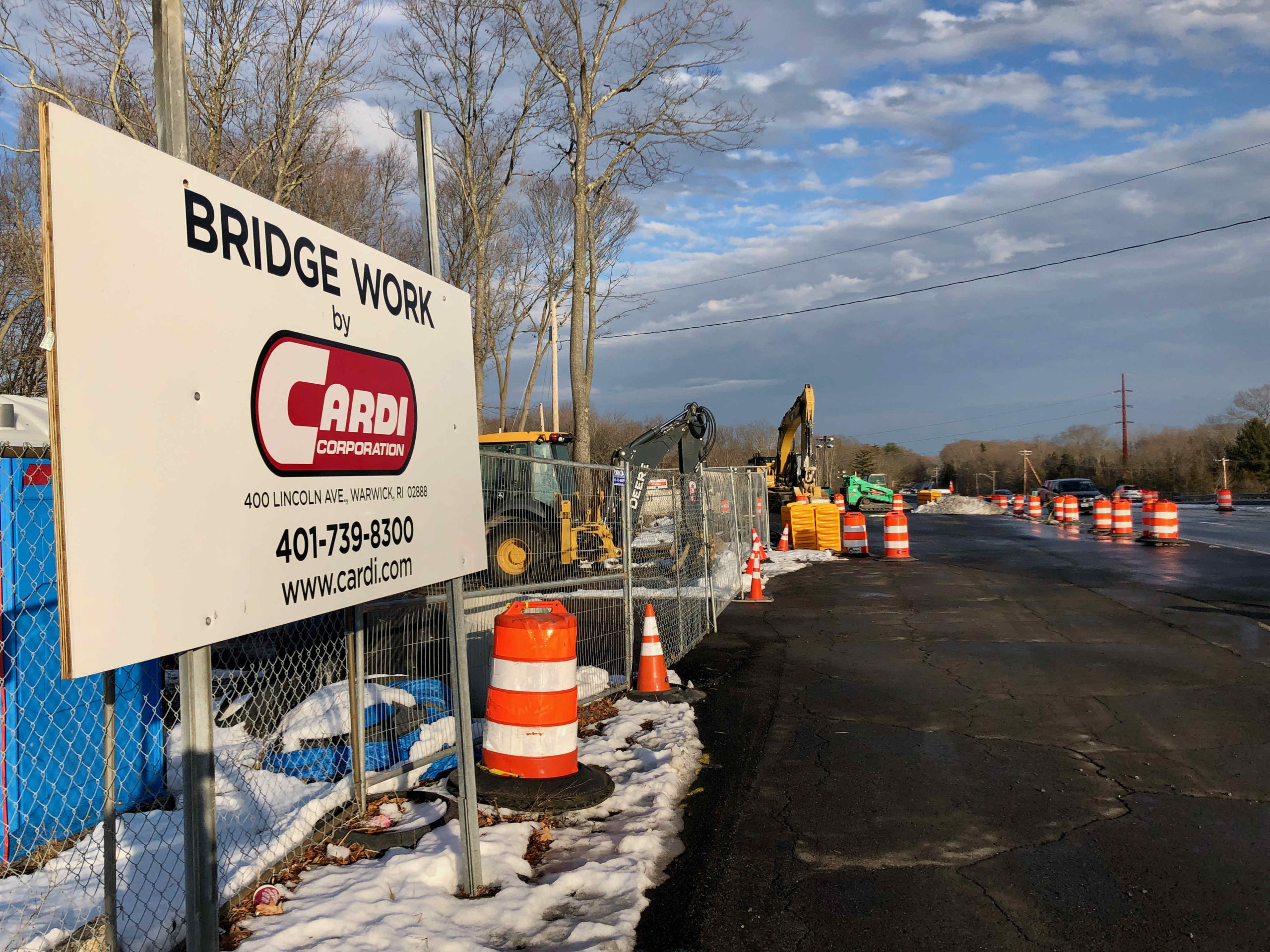 The project to replace the Division Street bridge over Route 4 has hit another snag, a spokesman for the state Dept. of Transportation confirmed this week. The plan has been to route traffic over a temporary bridge constructed parallel to the original 1967 span, then tear down the old bridge and build new. That temporary bridge, however, has run into problems for the second time.

A sag in the metal arch over the southbound lanes was detected last August, after the roadway over the temporary bridge had been paved. Work stopped and eventually Cardi Corp., the contractor on the job, took up the asphalt and removed the fill in anticipation of the sag popping back into place. Thinking the problem was solved, they recently refilled over the arch. However, the arch is still not right, according to RIDOT, which issued this statement:

RIDOT with the Federal Highway Administration (FHWA) monitored closely Cardi Corporation’s attempt to restore the proper shape of the metal bridge arch they had constructed over Route 4 South. The two agencies provided oversight to assure the safety of motorists traveling on the roadway below it. After taking a series of measurements RIDOT and FHWA engineers determined last week that the contractor had failed to restore the proper shape and notified them to take the necessary steps to remedy the defect. The contractor will now be removing the soil that is covering the metal arch bridge. They have been instructed to provide RIDOT with their plans on how they intend to proceed with the bridge reconstruction project. RIDOT has determined that all additional cost and schedule delays are entirely the responsibility of the contractor, Cardi Corporation.

The current bridge is classified as structurally deficient. DOT made repairs four years ago but replacement has been on the books for some time. In 2019, DOT said the estimated cost of the project was $23.8 million.

The temporary bridge over Division Street continues to have troubles with the metal archs the dirt seen here.

Heavy machinery on the temporary bridge over Division Street.