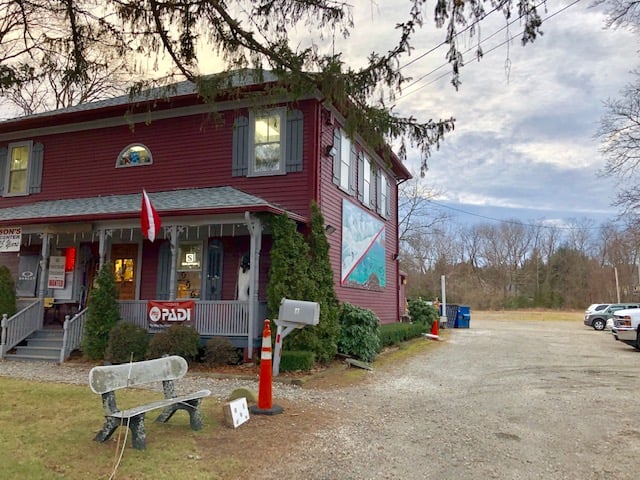 Above: The proposed brewery would sit on property behind Anderson’s Ski & Dive on Post Road.

A brewery and tap room proposed for the land behind Anderson’s Ski and Dive on Post Road has mobilized some residents of the River Farm neighborhood who say they are worried about traffic and the brewery’s proximity to a school route.

Greenwich Bay Brewery is the name of the proposed business, started by the father-son duo, John and Justin Holmander, both of East Greenwich.

The project is at the first step of the town’s four-step approval process, seeking a master plan approval from the Planning Board. According to Town Planning Lisa Bourbonnais, if the Planning Board votes to approve the master plan, it would be saying yes to the concept of the brewery proposal only. The Holmanders would still need to produce engineering, a storm water report, and a traffic study. In addition, they would need approval of the Zoning Board.

The Planning Board held a public hearing on the project Dec. 5 that ran several hours and included extensive public comment from residents. The hearing is now closed and the Planning Board is scheduled to vote on master plan approval Wednesday, Jan. 9. 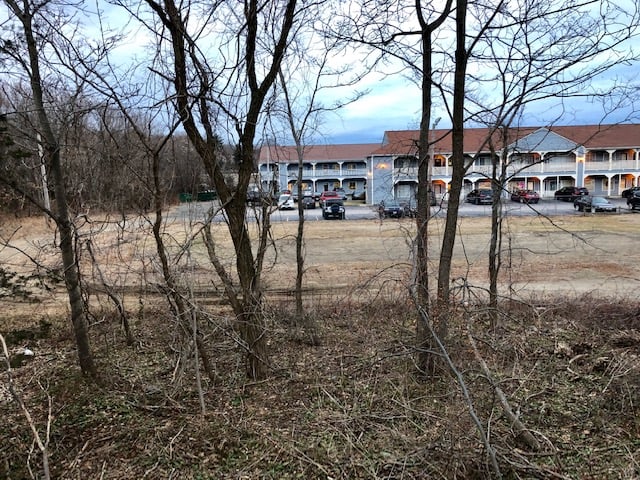 A view from Franklin Road of the proposed site of the new brewery. An access road to Franklin would go right here.

The proposed brewery would sit on land formerly occupied by John’s Flowers, which shared a driveway with Anderson’s. The brewery plan calls for access from Franklin Road instead, which is the main point of contention for River Farm residents. They don’t like that brewery patrons would be driving in and out on Franklin, a block-long thoroughfare that connects Post Road to the River Farm neighborhood.

The property is zoned commercial highway, not industrial, so the owners will need to get a special-use permit under an ordinance approved by the Town Council in 2016 that allows such microbreweries to exist in EG’s commercial districts. The theory behind the ordinance, according to Bourbonnais, was that microbreweries are not large-scale manufacturers.

“Day-to-day, it operates a lot like a pub and those are allowed by right in that zone,” she said during an interview in December. End Zone pub, a restaurant-bar, is located two buildings north on Post Road.

John Holmander said the plan is for beer production weekdays 7 a.m. to 5 p.m., employing two to five people. His son, Justin, would be the brewmaster. The tap room would be open 3 to 9 p.m. Monday through Thursday; Friday and Saturday, noon to 10 p.m.; and Sunday, noon to 6 p.m. Under state law, patrons are allowed to consume up to 32 oz. of beer during a visit.

Craft beer often has a higher alcohol content; residents said they worried that 32 oz. for some patrons would be excessive. Holmander said  microbrew tasting rooms are not like traditional bars, but that employees will be required to go through alcohol serving training regardless.

“I am no more or less concerned than the person who runs the End Zone or Waysider Grille or Siena or Fresco or Meritage,” Holmander said. “Typically, people sample and and decide what they want to take home at craft breweries, he said, comparing their proposal to the microbreweries Whalers in South Kingstown, Newport Storm in Newport, and Gray Sail in Westerly. “This product is more expensive than your ordinary Bud Light. It attracts a different kind of crowd.”

Some residents also expressed concern because Franklin Road is used by school buses coming and going to Meadowbrook Farms Elementary. The school, however, is three-quarters of a mile away from the brewery’s proposed driveway, putting it far outside any legal prohibition.

Some River Farm residents also suggested the project would run into trouble because of nearby flooding issues. Town Planner Bourbonnais disputed that claim, noting the property is not on a mapped flood plain.

“There’s no way we can prevent new construction there on the premise that there are some water issues nearby,” she said. “It has nothing to do with this property.”

“We’re concerned about every manufacturer that comes to East Greenwich. We have limits on what they can discharge,” said Acting Town Manager Joe Duarte, who is head of the town’s public works department. If a brewery exceeds the town’s limit, it would have to treat the discharge before it enters the town system.

Linesider, which opened in November, and did not need to appear before any town boards (it went into an existing building in an industrial zone), is working with the town now on its discharge, Duarte said. Their plant may need to be retrofitted, he said. Greenwich Bay Brewery, alternatively, is still in the design phase, so town specifications can be designed into the plant.

As for the residents’ objections to the brewery, Duarte said, that was all part of the process.

“For developments that come to the town … we welcome everybody’s input,” he said.

While public comment has been closed for the master plan approval process, there will be other opportunities for the public to weigh in on the project, both before the Zoning Board and at a later stage again before the Planning Board.

Holmander said as residents of the town, he and his son are looking to do something that enhances the community.

“We’re firmly rooted in this town,” he said. “This area seems to be a logical spot for it and we’d like to do something for our hometown.”

Start the new year out right – make a donation to East Greenwich News using the button below or via US Post at EG News, 18 Prospect St., EG, RI 02818. Thanks!