Memories of May and Today 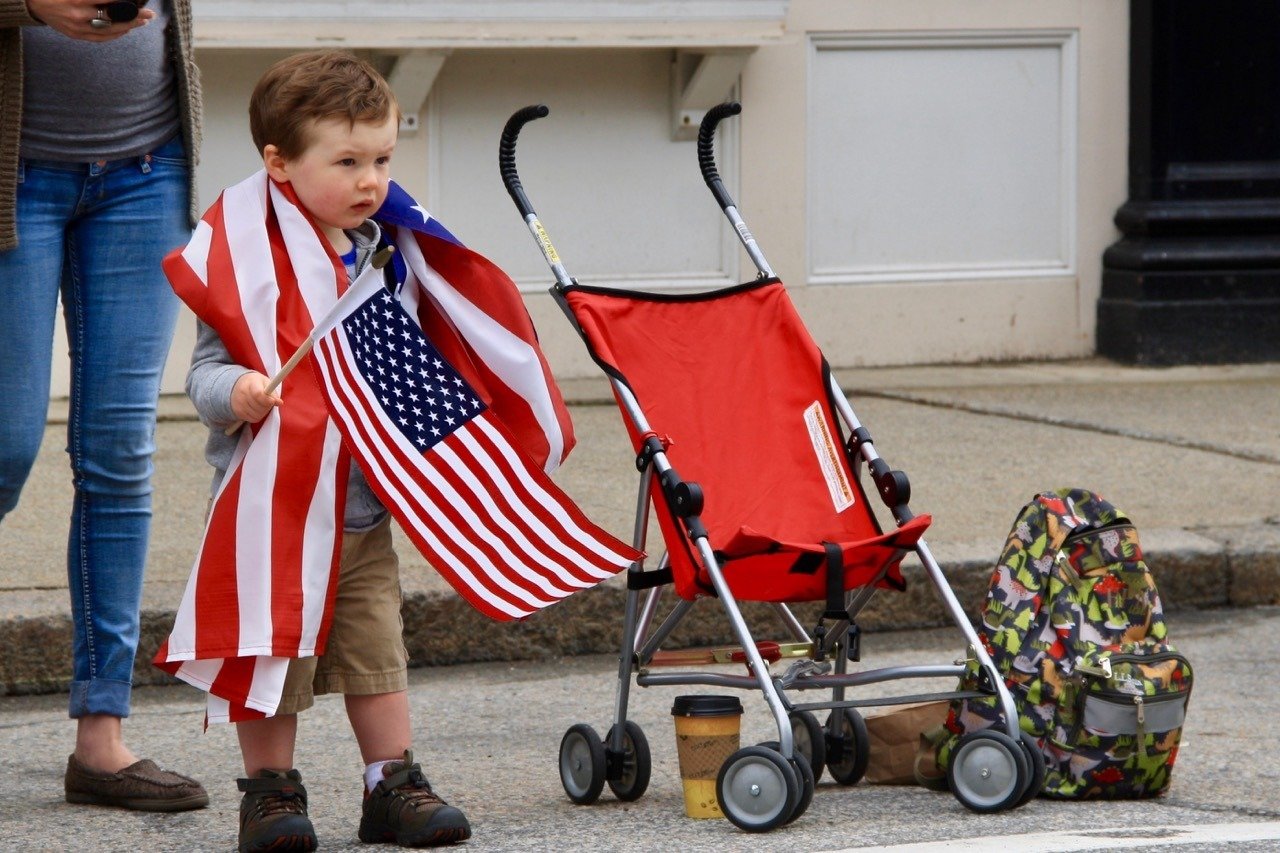 May. It’s a month I can’t ever begin to think of without thinking about Memorial Day. The pathways of my mind conjure up colors of red, white, and blue and red, white and green. Of flags and wreaths and gaily decorated bikes.

And parades! How can you forget parades? And, of course, the reason we celebrate the day. We can’t ever forget that! This rendition of “Rems” is dedicated to those hometown guys, who served in our armed forces, and those who served and fought and hurt and died.

To Don, who lost an arm, and his brother Frank, who didn’t. To George of the 24th Division and Uncle Al, who made it from North Africa to Monte Cassino. To all those guys from E.G. who had their lives defined by WWII and to Tar’s boys who, five short years later, gave it their all in Korea.

Last, but not least, to Mark and Bill, who paid the ultimate price in Vietnam, and Freddy and Joe, who returned but were never the same again.

They are usually warm and sunny, those days when I think of them, these last Mondays in May. They are always, for me, a day of memories and traditions. Of honoring the war dead and the family dead. Those people known so very well at one time, who are now so very dead. My father. His father. My grandmothers, aunts and uncles, cousins and friends.

It is a day of visiting gravesites. A day of reflecting and then a day of gathering and eating and remembering, holding our family, our clan, our friends close in celebration. Remembering, bringing them back so we don’t ever forget.

It is also a day for the living. A day for the parade. Back in “those years” in old E.G., the parade always made two runs. South down Main Street to the cemeteries and War War I Memorial, then back to the courthouse (now Town Hall) for final ceremonies.

It would start in the Textron parking lot, or later on Division and Peirce.

Then the marchers in their ever proud uniforms, captured by the box Brownie cameras of their friends and family, as they marched the route, would step off sharply headed south on Main Street of “Our Town”!

The first stop was a slow step into the Greenwich Cemetery, where the winners of the local school contests would recite the Gettysburg Address, the Guard would fire a gun salute and the bugler played “Taps.” Then it was across the street to lay the wreaths at War Memorial Stadium.

Then the parade would sail its shadows down First Avenue, make a right on Second Street and wend its way to St. Patrick’s Cemetery to honor the Catholic dead, who answered with their silence.

Mary Lynn Reisert (aka Lynn Krim) and her brother John A. Reisert, on a Memorial Day in the 1950s.

Now it was back north on Main Street. The loyal townspeople still at their posts, awaiting the return trip, waving flags and hands, cheering their heroes and snapping their photos.

Past the reviewing stand at the Methodist Church, and finally to the courthouse (now Town Hall), where there were more speeches, more decorations, wreaths laid and guns fired before the parade marshall dismissed everyone to return to their homes.

There was always something electric about the day. Something to salt our lives with.

Was the Death important? Yes! And No! Everything that happens before Death is what counts. But, by honoring Death on this day we give significance to Life. To our own lives and to theirs!

It’s got to be the journey, Not the getting there, that’s good. At least, that’s what we like to think as we ride our tandem ponies down our own path, which will end someday.

Remember, good friend, how we used to fly down Main Street of “Our Town”? Our bikes bedecked in colored crepe paper with clothes pins holding playing cards to rip the spokes ?

We waved to a sea of faces, all familiar to us then. They even waved back. We weaved in and out among the marchers in the parade. Knights on wheeled chargers.

We used to scramble to get the rifle cartridges after the gun salute. We strained to find the “ghost bugler.”

I returned yesterday. It was different. The faces are still there but grey and wrinkled and not so familiar.

Now, I am they and my son is me. He still has the chance to discover and love the fragile magic of a small town.

And, the cycle repeats itself but is never the same again. Ever!

Note: The writer still loves EG parades. He even ran a few including the  biggest one ever, and was Grand Marshall twice. Quite an honor.

He still follows the same routes that his family has followed for over 100 years and he tried hard to instill in his children “the fragile magic ” of what small towns and parades and family mean.

For once it is gone, it will be hard to bring it back again.