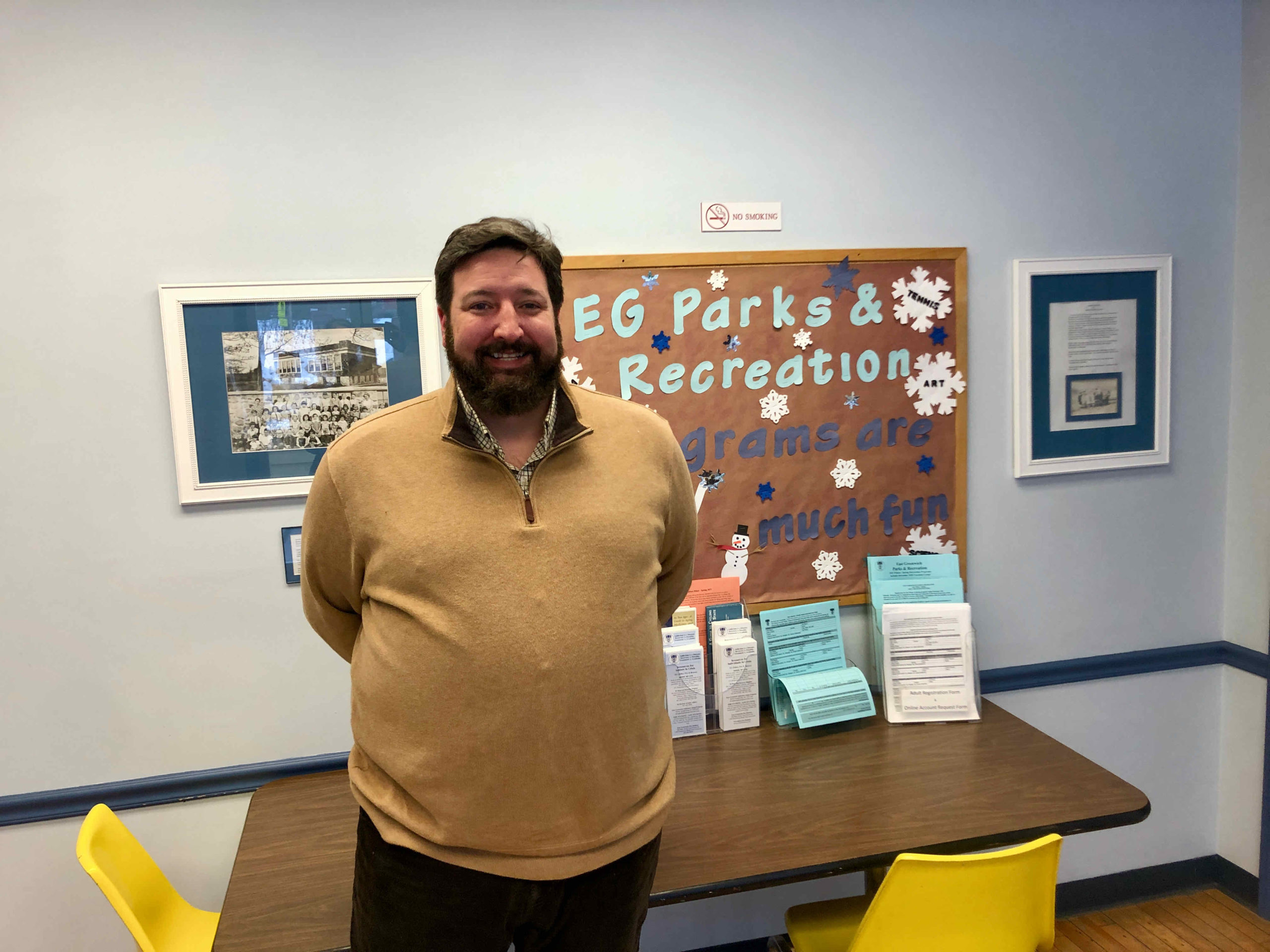 The Town of East Greenwich has another Andy from Jamestown on staff as of this month – Andrew Wade (who goes by Andy just like Town Manager Andy Nota) started as the town’s new director of community services Feb. 1. He replaced Cathy Bradley, who retired last fall after three decades with the town.

In a recent interview, Nota said while the programs already offered by the town have been good, he saw the need for a “broadening and diversification and expansion of programming for all ages.”

He added, “I think the sky’s the limit. I’m very, very optimistic that we’ll enhance the good programming that’s in place and make it significantly better and much more diverse.”

Wade said he wanted to get into his new job before making any pronouncements, but he did say he believed in building community – both with the people he works with and those served by the town. And he said as the head of one community services department, he hoped to bring together the various aspects that traditionally have operated separately.

“Generally it’s been recreation in a silo, parks in a silo, senior center’s worked in a silo kind of all by itself,” he said. “It’s a symbiotic relationship. If we all work together, we can maximize how well we function collectively in this unit. Going forward, we can look to see which bridges can be built to make our performance in our jobs better.”

The idea of one “community services” department was first implemented under Gayle Corrigan, with Cathy Bradley at the helm. But that was short-lived – Corrigan was only town manager for 16 months.

“It would not surprise me that a glaring need at the end would be for an indoor space,” said Nota. That would please Town Councilor Mike Zarrella, who has championed the town building an indoor recreation facility.

Wade has served as president of the state Recreation and Parks Association, is a certified parks and recreation professional with the NRPA, and has served as chair of the States Recreation Resource Review Committee.

Wade, who hails from Coventry, is married and lives in Jamestown.