Me and My ‘Shadow’ 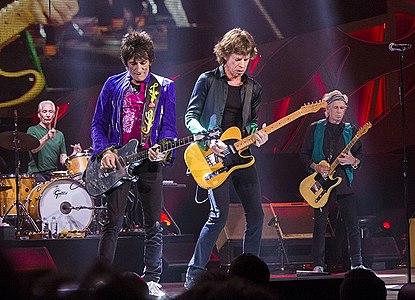 My wife and I recently had an opportunity to see the Rolling Stones who paid a visit to Gillette Stadium. Deep into their 70s, having experienced significant wear and tear, they somehow continue to exhibit incredible energy after all these years.

John F. Kennedy was president when the Stones were formed. Right off the bat they became the ‘Bad Boys’ counterpart(s) to the mop-top Beatles. Controversy followed them from the Ed Sullivan Show, singing about the devil, the death of band member Brian Jones, and drug use (especially Keith Richards). Despite the craziness, they are still rocking in the year 2019.

Carl Jung once asserted that we all have a “shadow” side. In short, it’s our primal animalistic self. While we often shy away from acknowledging that such a side exists, in many ways it’s a part of what makes us human. Sure, few of us want to extol violence and uncontrollable urges, but at heart our wants, longings, and fantasies are often shadow driven. How many people live through their sports teams (I saw a lot of Patriot jerseys at the concert along with Stones’ shirts)? Normal adults yell, “Hit him,” on Sundays as their favorite football team does battle with an arch enemy. The Stones play to that side.

What amazes me most about the Rolling Stones is that they still enjoy doing what they do.

Sure, there is a lot of money involved, but for Mick Jagger to be racing around a stadium at 75 years old indicates that he’s put in some serious workout time (I can’t vouch that Richards has the same regimen). Most bands break up after a few years. Even the legendary Beatles could not stick together for a decade. 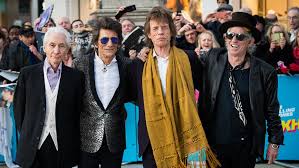 Going to see the Rolling Stones provided me with a little added insight. First off, it’s important to recognize our shadow sides. In doing so, you are aware of them and better equipped to deal with or find a place where they fit. Secondly, as I too get a little “longer in the tooth,” maintaining one’s enthusiasm is a gift. It is also essential in helping to create a passion for one’s pursuits.

At the Stones’ Rock and Roll Hall of Fame induction, Mick Jagger pointed out the irony of the evening. He asserted that while he and the band were on their best behavior for the ceremony, they were indeed being rewarded for 25 years of bad behavior. This points to the line between acceptable and unacceptable. In terms of music and performance credibility, the Stones pushing boundaries helped them to become one of their era’s most influential acts. But, can that be surprising? Many of the great innovators were rule breakers. Convention is not always good.

In some ways the rock n’ roll era (especially the 1950s and 1960s) was like the French Impressionist period 100 years earlier. Both rock n’ roll and Impressionism were mocked by experts along with those used to the status quo. Painters like Manet, Pissarro and Cezanne were consigned to the Salon de Refuses where they would eventually become rock stars (so to speak). Later, Mary Cassatt would join this rebellious bunch of iconoclasts. As for rock n’ roll, it was often banned or considered vulgar by many. Bob Dylan would be castigated for going electric. Chuck Berry and Little Richard would have to endure seeing white artists gain acceptance quicker than they, and the Beatles had their records burned. Women like Carol King and Joni Mitchell were often underappreciated, waiting years for full recognition. Eventually both of these forms of artistic expression would gain wide acceptance.

Rebellion and limit pushing has many faces. The US Women’s Soccer team demonstrated much of this during the recent World Cup. OK, mocking Britain’s tea drinking might not be couth, but the talent, spirit, and sticking up for the rights of others is laudable. Everyone knows what you have to do to make an omelet.

Anachronisms? Possibly. Representatives of days gone by for old geezers to vicariously live through? Possibly, once again. I would like to believe that the Rolling Stones are chroniclers of a time. They also speak to eternal truths. Confusing their age, and time, fails to factor in what they and their music represent. Is Shakespeare an anachronism? Is Mozart one as well? Maybe too are Emily Dickenson and Louis Armstrong. Or maybe all of these are indicative of people who used artistic means to depict a period’s zeitgeist.

Perhaps it is best for me to stop psychoanalyzing a rock concert. After all is said and done, it was enjoyable. Art can do that for people. In artistic impression there just might not be anachronisms – instead, each piece is a reflection of a society, its norms and the values it held dear. See you soon.

Bob Houghtaling is the drug counselor for the Town of East Greenwich.