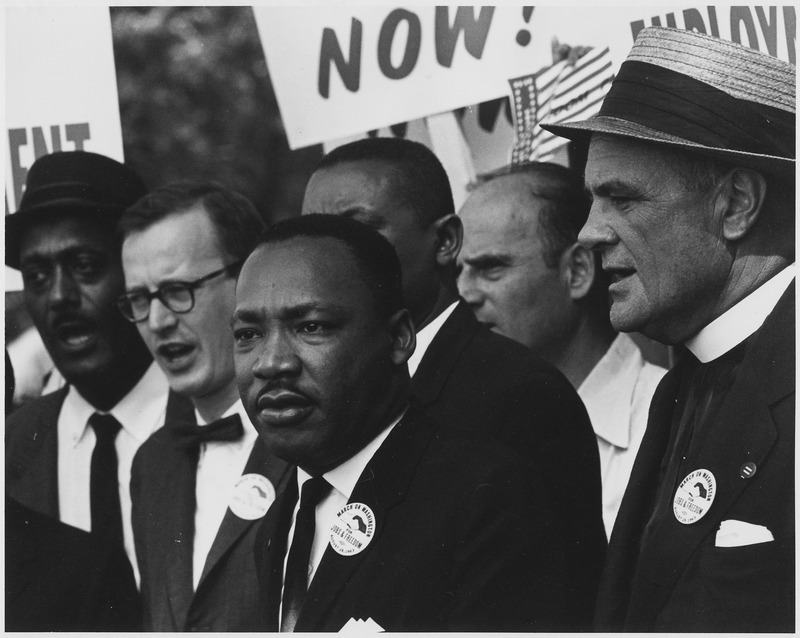 If Martin Luther King were alive today he would be 86 years old. One can only speculate as to the many things he might have done if it were not for an assassin’s bullet. Some say that America is a better place because of MLK. They site significant changes in voting access, political representation and the fact that we now have an African-American president. I cannot imagine what Dr. King would say to all of this, but my hunch is he would see his job as unfinished. The racial strife in Ferguson and other troubling incidents would highlight this notion. I also can see him questioning our wars, budgets and policies. Perhaps the nation’s moral compass needs some fine-tuning.

Martin Luther King was an important part of my childhood. In the 1960s, there were eventful things happening on a daily basis. The Cuban Missile Crisis, JFK’s assassination, a war in Vietnam, the Cold War, women’s issues, racial strife, space travel and the Beatles, were but a sampling of a historic decade. Dr. King helped me to understand that there was great unfairness in the world. In addition, and perhaps more important, he demonstrated how love could overcome even the deepest hatred. While the March on Washington and King’s position regarding the Vietnam War are memories, the assassination of MLK is something that is fresh in my mind.

I am a huge basketball fan and around that time the Boston Celtics were engaged in a difficult struggle with the Philadelphia 76ers, led by Wilt Chamberlain. When Dr. King was shot on April 4, 1968 –basketball was put on the back burner for myself (and much of America). At 14 it was time to grow up. It was also a time for the country to get serious about race and how we treated each other.

Over time MLK’s legend has increased. While that is important, we must think of him more as a man. In fact, he was a courageous one who overcame the frailties of his humanity to face many enormous challenges. I admired his heart. I admired the way he lifted people with words. I also admired how he could challenge, yet still extend a hand of friendship. We still have much road to travel before the manifestations of Martin’s dreams come into fruition – but years ago he helped me understand that we are more alike than different. He paid dearly in doing so.

Martin Luther King was one of my first non-athlete heroes (my father, JFK and Bob Dylan were others). Over time, we have learned that he was oh so human. Maybe some plagiarism. Perhaps an affair or two. Do these detract from the impact he had? For me, this does little to diminish the fact that he was the soul of the civil rights movement during his lifetime. Heroes may have feet of clay, but many also have hearts of gold.

Much injustice still takes place in this “land of the free.” We need viable immigration reform. We need to look at how disproportionate numbers of minorities are imprisoned. We also need to look at how the indigenous people of this land have been treated. Yes, we have come a long way – but much more needs to be done. The best way to honor Martin Luther King Jr. is not only with a day, but more so with the courage to seek ways to heal a weary world.