Mark, Plain & Dronzek Will Not Seek Reelection to School Committee 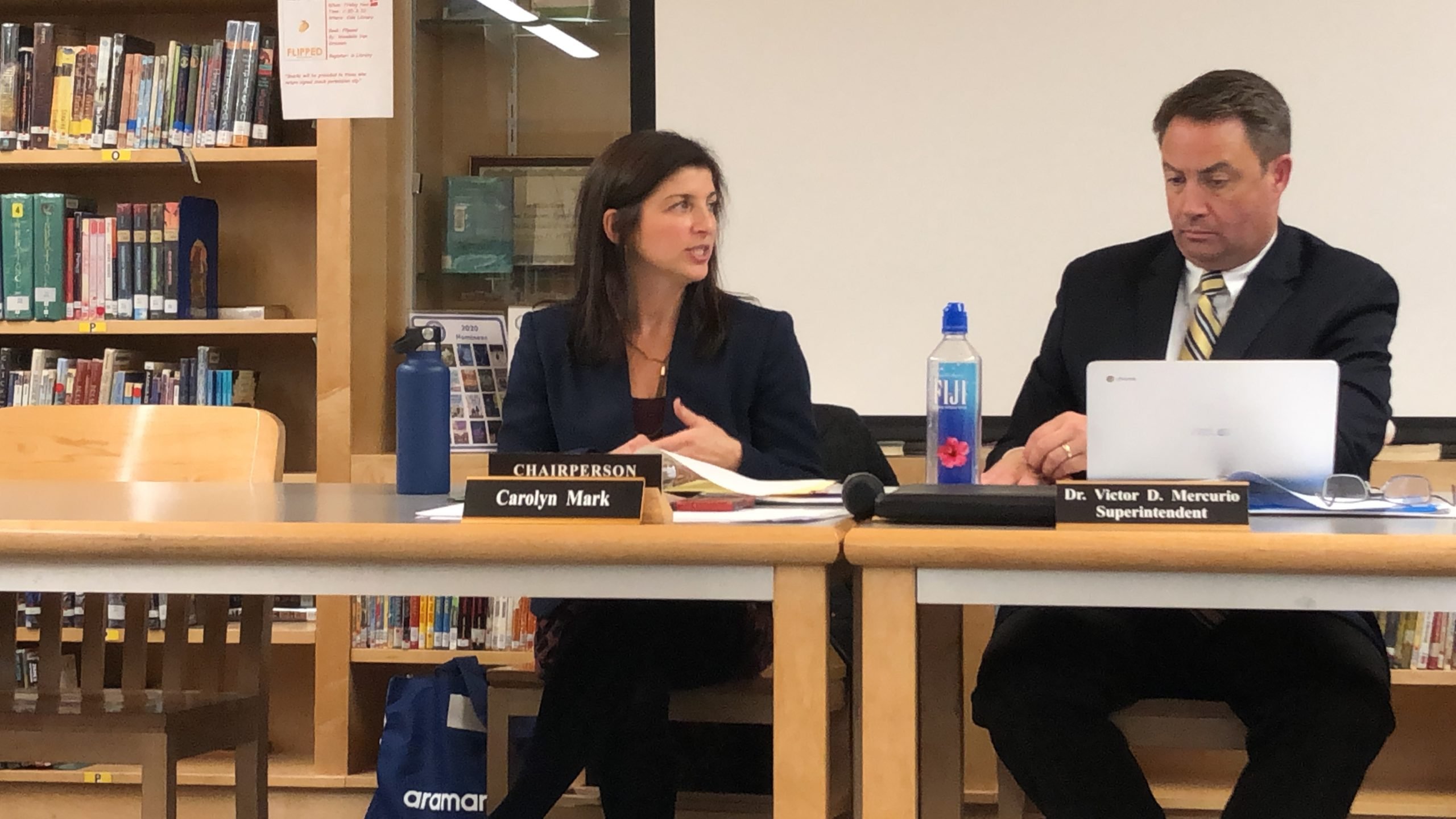 That leaves three open seats for the November election.

School Committee Chairwoman Carolyn Mark said Friday she would not seek a third four-year term. She was elected to the committee in 2012 and voted in as chair in 2014, the year several new members won seats. Mark is a Democrat. Matt Plain and Jeff Dronzek, both unaffiliated, have also said they will not run again, leaving three open School Committee seats.

“Serving as chair for six years is a lot,” Mark said. “I’ve loved it, even when it was hard. It just feels like it’s time.”

Mark said she would be taking a break from elected office. She will remain chair of the board for the Economic Progress Institute, a Providence-based nonprofit.

During her tenure as chairwoman, Mark said she was most proud of creating an inclusive environment. “I have definitely valued public participation. I think I helped to establish a tone and a tenor that was respectful,” she said. She acknowledged not everyone would run a meeting like she does. Mark has often let audience members speak on issues outside of public comment.

“Nobody will ever be able to say that I didn’t listen and hold space for different opinions,” she said.

Mark said she had no plans to abandon her duties as chair until there is somebody has been elected to fill her seat. “I’m 100 percent in until somebody else is here to fill my seat.” 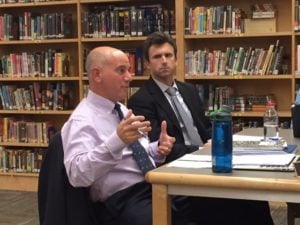 Dronzek, elected in 2016, said he was stepping away because of the time commitment and because his younger daughter will be attending Cole Middle School in the fall.

“My older daughter took a lot of flack when she was in middle school” for actions taken by the School Committee, he said. He didn’t want to put his younger daughter through that. He said younger kids seem to be more removed from any controversy and high schoolers tend to take their issues directly to the School Committee (which Dronzek said he thought was great).

“In my case, I was on finance for two years before I was elected to the School Committee,” Dronzek said. Before that, he owned and operated a retail toy store, which was extremely time-consuming. “At some point, family’s got to come first.”

He said he had enjoyed his time on the committee, despite the difficulties. “I love being able to impact positively what we were trying to do,” he said. For him a highlight was the recent hiring of Alexis Meyer as superintendent.

“To be able to be part of the selection of a superintendent was a great accomplishment,” he said. In terms of having three new people on the board come December, Dronzek said, “It’s always good to have new voices in there.”

Matt Plain, who was elected in January 2016 to fill a vacant position, then elected 10 months later to a full four-year term, was not available for comment.

Carolyn Mark said she wanted to let people know she wasn’t going to run so if anyone was interested in running they could have time to consider it. Candidates have three days in which to declare, June 22 to June 24. The absolute deadline for filing a declaration of candidacy June 24 at 4 p.m. at the Town Clerk’s office.