Main Street Strolls are BACK – Dogs & All 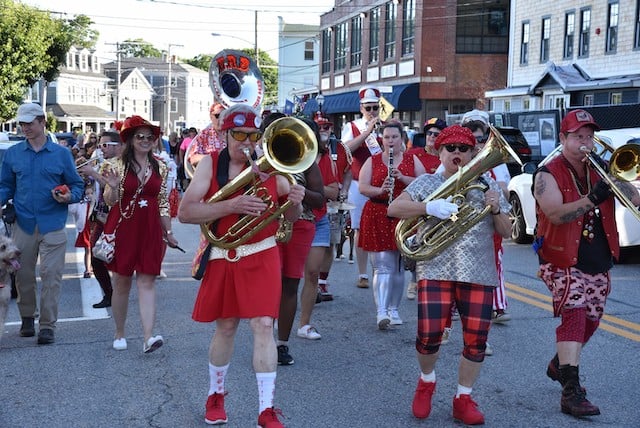 The weather gods looked favorably on the East Greenwich Chamber of Commerce’s Dogs on Main Stroll Thursday – as if to acknowledge that perhaps the past 16 months had been a bit harsh. Dogs, their people and lots of regular non-dog folks turned out for the first stroll since 2019. The parade, which started at 500 Main Street and proceeded to Town Hall, was led by the joyful Extraordinary Rendition Band. 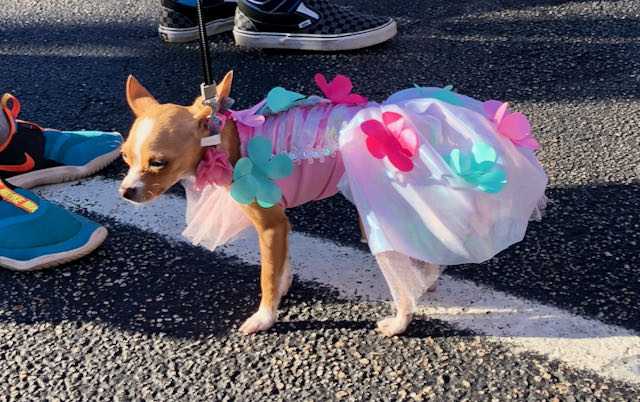 A chihuahua readies to parade. 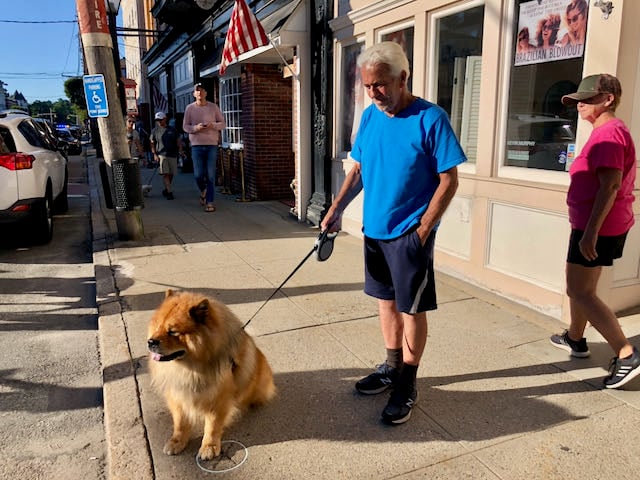 Mr. Chow observes the parade … with his human. 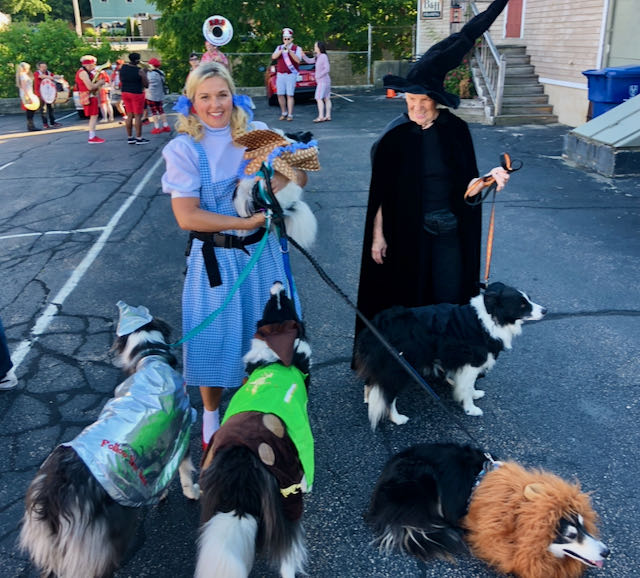 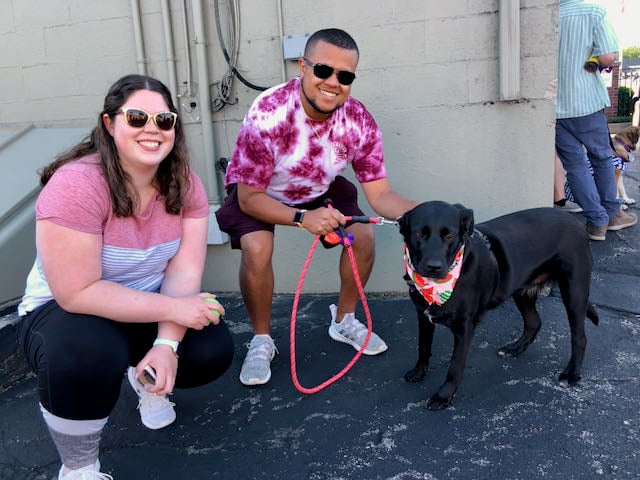 Kallie, a 1-year-old black labrador from Warwick, with her people. 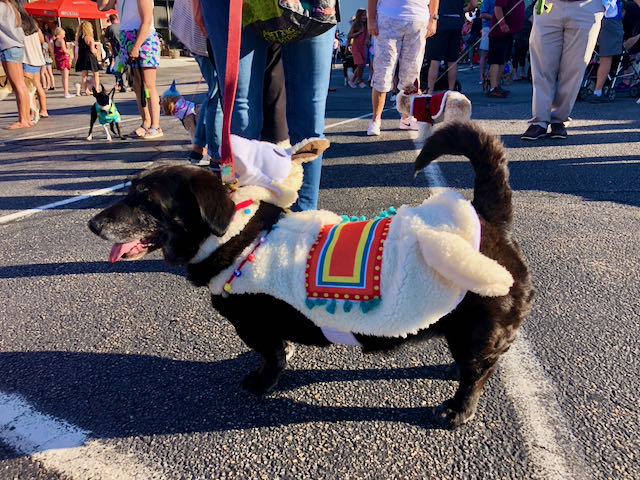 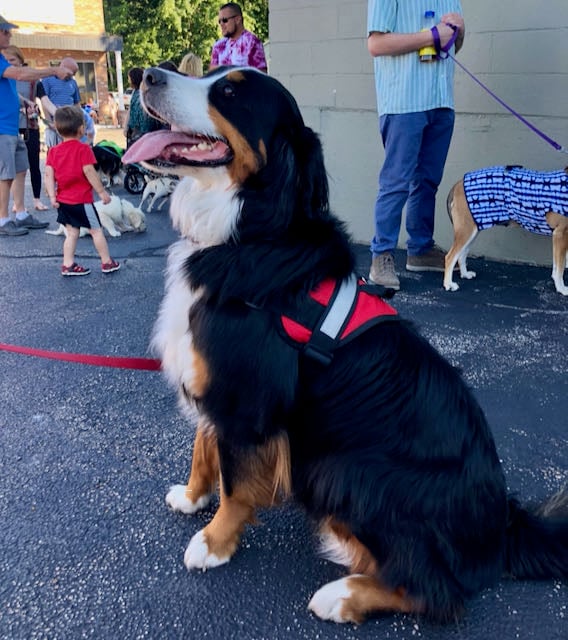 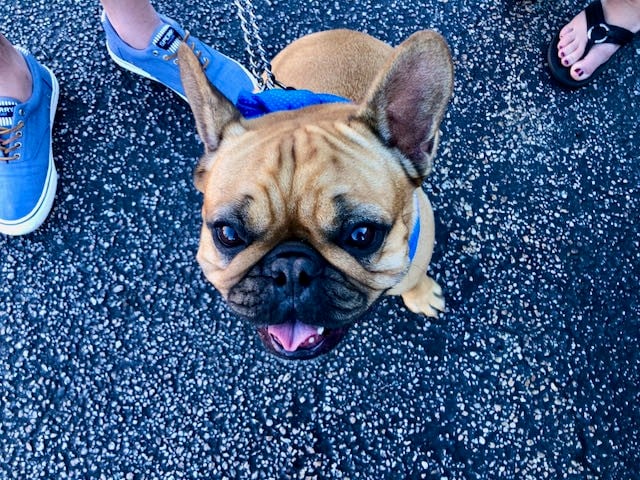 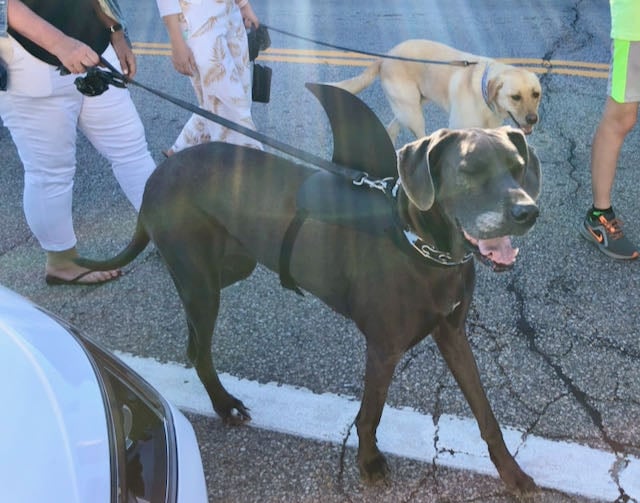 A shark in dog’s clothing. 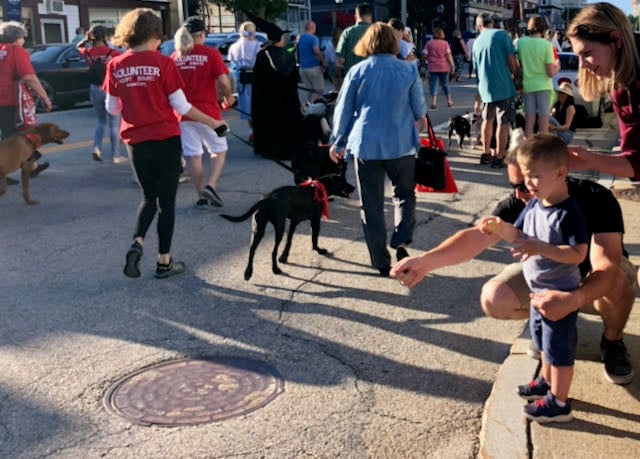 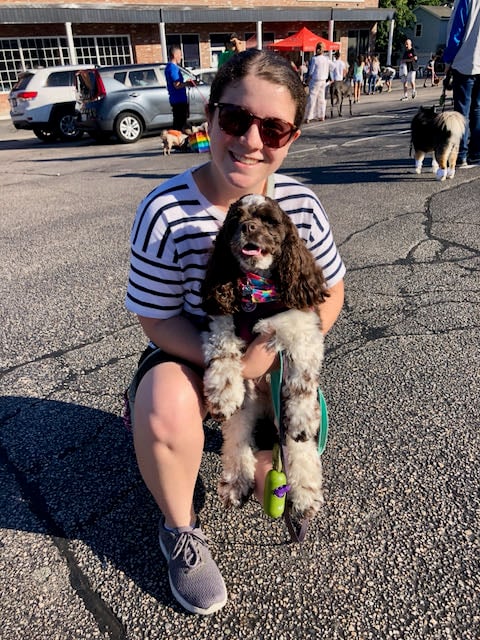 Maggie Badeau of EG with her cocker spaniel, Josie. 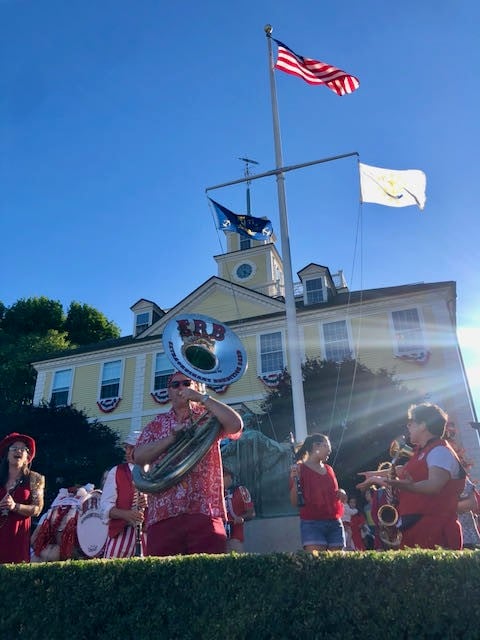 Extraordinary Rendition Band led the Dogs on Main Stroll north on Main Street to Town Hall, where they played a bit longer. 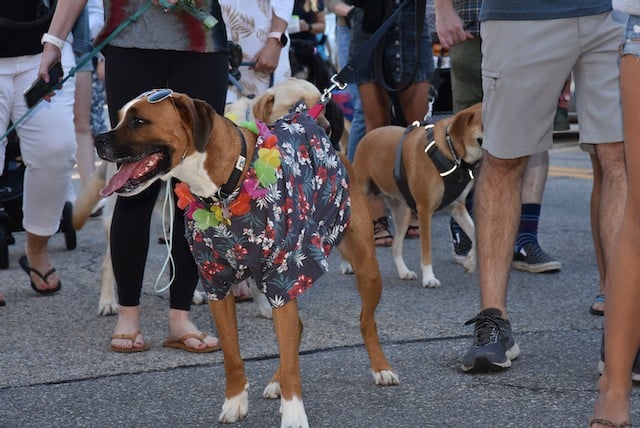 On parade. Photo by Tom Dresselhouse 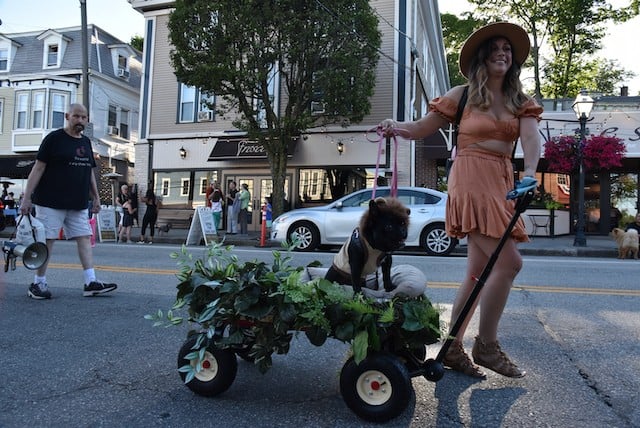 Christina Darcy with her French bulldog, aka the Lion King. Photo by Tom Dresselhouse