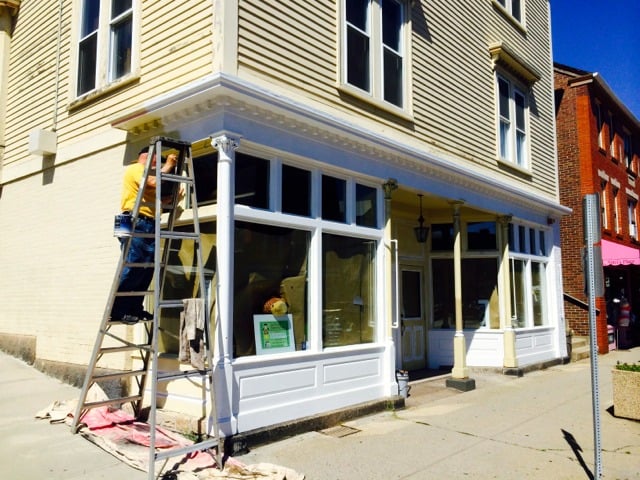 Lina Piccolina opened three years ago but you are be forgiven in you don’t remember seeing it on Main Street. That’s because it was in the garden shop at 58 Main Street. It was a charming spot, but for a children’s clothing store that prides itself on beautiful displays, the garden location wasn’t ideal.

That’s about to change. Lina Piccolina has packed and moved to 111 Main St., a corner space with lots of windows, across from Town Hall.

The space was formerly occupied by Worth Repeating, a women’s clothing consignment store that closed in July because of unpaid back taxes. Business owner Arlette Cornwall (who also owns the building) said anyone who consigned with her and wanted to pick up clothing or payments should call (401) 884-1700.

Coletta and store manager Heather Baril have been busy organizing the new space but hope to open by mid-September. Many of the popular features of the old store are being recreated in the new one, including the play space and teach party.

Something new the store is trying this fall is costume rental, mainly children’s costumes, but a few adult costumes too. And it will carry some clothing designed by Coletta, a former instructor at RISD.

The store will continue to take some consignments, but Coletta stresses, “only if it’s in exquisite condition. We are very fussy.”