Letter to the Editor: Thanks, Rep. Giarrusso

I am a resident of East Greenwich and was proud to be represented in the Rhode Island House of Representatives by Anthony Giarrusso for three terms.

On November 7th, District 30 elected Justine Caldwell as its Representative in place of Mr. Giarrusso*. I do not have the pleasure of knowing Ms. Caldwell, and I am sure she will make a fine representative. In the lead-up to the election, however, my household received a general mailing from Ms. Caldwell accusing Anthony of being “content to sit back, dodge tough issues, and take the easy way out.” I have the honor of calling Mr. Giarrusso one of my closest friends, and I feel compelled to publicly state that nothing could be further from the truth. 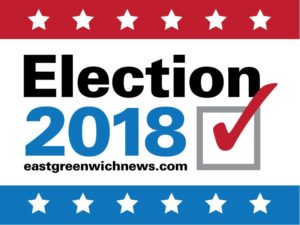 Anthony originally ran for the sole purpose of trying to improve Rhode Island.  He had nothing to gain personally from representing District 30, and he never pursued or held his office for self-promotion. As I know from personal experience, Anthony spent long nights at the State House representing District 30 honorably and with the best interests of his constituents in mind. He regularly responded to constituents’ requests for assistance and strongly advocated for the district at the state level while fighting to improve the Ocean State’s business climate. In addition, he remained open to reaching across the aisle to forge compromises where possible.

I thank Anthony for his excellent service, for often taking the lead on legislative matters and, most importantly, for never taking the easy way out.

* Editor’s Note: The Board of Elections announced Nov. 13 that Anthony Giarrusso has requested a vote recount. No date has yet been announced for the recount.