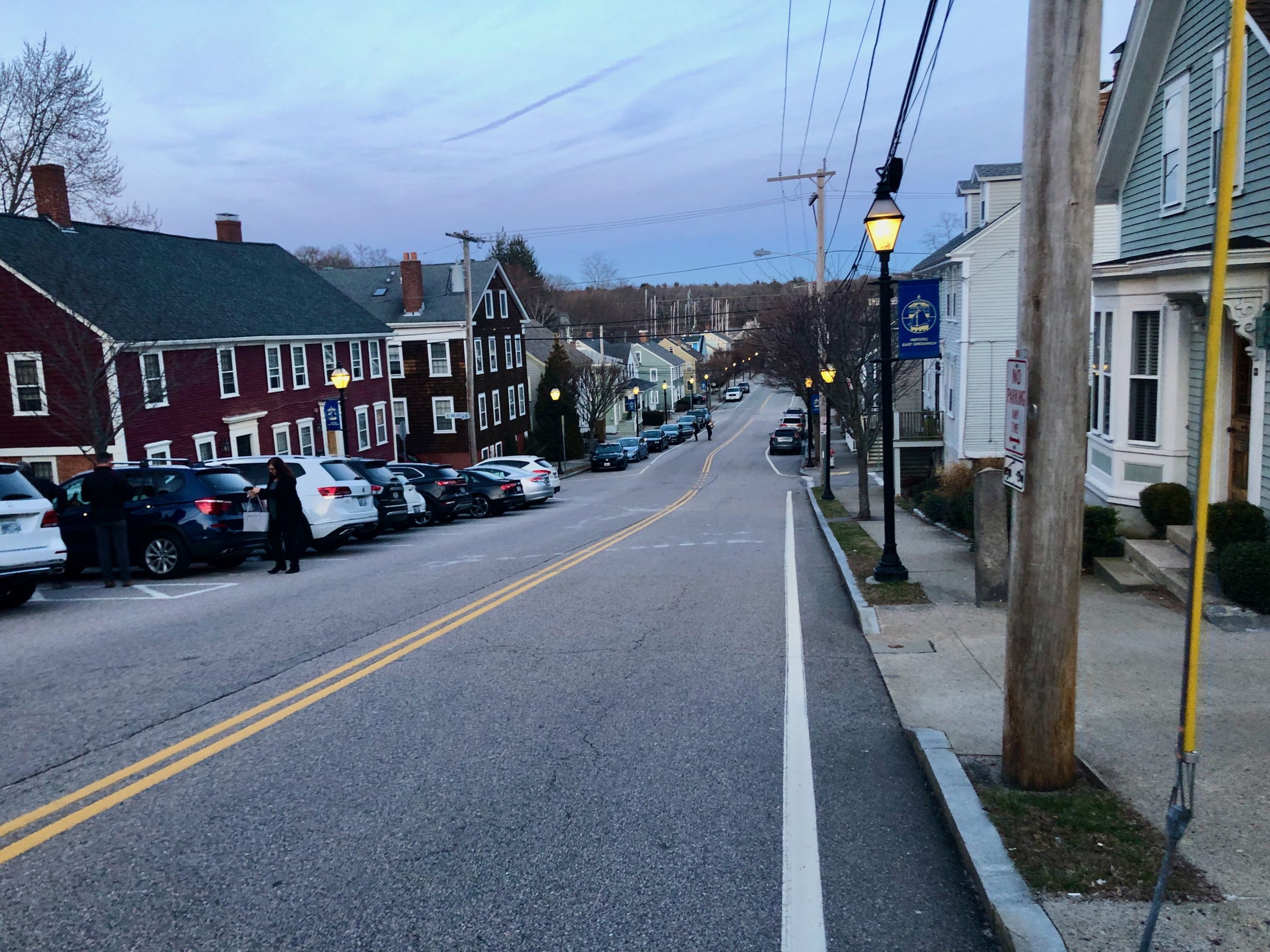 Parking sign on the north side of King Street.

The Town Council is planning to hire a consultant this year to look at parking in the downtown area, but it plans to act sooner on one smaller aspect of the overall parking scheme. Town Solicitor Andy Teitz is working on a draft ordinance change on overnight parking downtown.

With parking in such short supply, Keimig said he just didn’t understand why overnight parking on that stretch of King would not be allowed. Why not make it overnight only for residents with stickers, like the north side of King Street (as well as some other streets downtown)?

Not that the residents-only spaces are always helpful, Keimig said. That’s because those areas are “residents only” between 1 and 7 a.m. During the winter months that’s not too much of a problem. But come summer, spaces on King Street fill up mid-afternoon with the cars of waterfront restaurant employees, many of whom don’t leave until midnight or later.

Since most residents aren’t going to get up at midnight to move their cars, Keimig said, they usually end up parking blocks from their homes.

Newport, which also has a lively summer nightlife scene, offers overnight residents-only parking from 6 p.m. to 6 a.m. from May 1 to October 1.

Keimig also said the lack of signage indicating no overnight parking was a problem, as well as the spotty enforcement.

“Legal or not, it’s simply not the right thing to do,” he said. “Enhanced signage would also reduce the abuse of non-residents unknowingly parking in residential-only areas and ultimately reduce the need to enforce or tow cars when it gets out of hand.”

EGPD Chief Steve Brown said Wednesday overnight parking is not allowed anywhere in town. He said officers on the overnight shift have a number of duties, including writing tickets for cars parked illegally.

“It’s uneven,” Brown acknowledged of the ticketing. “But there’s no way it’s not going to be uneven” given the size of the department and the demands on third shift officers, especially in the warmer months. “We enforce parking regulations. It’s going to be haphazard because our guys are do-it-all. We don’t have parking officers.”

Providence, for instance, contracts out its parking enforcement to a private company, he said.

Brown said the department does not have ticket quotas. The state prohibited ticket quotas around 10 years ago, he said.

He said he understood Keimig’s frustration.

“I think it can be solved,” he said. “If we can solve this overnight parking thing, or at least make it easier for people, that’s something we can fix.”

Town Manager Andrew Nota said he thought the draft ordinance would come before the Town Council within the next month. Resident stickers are available at the Town Clerk’s office.