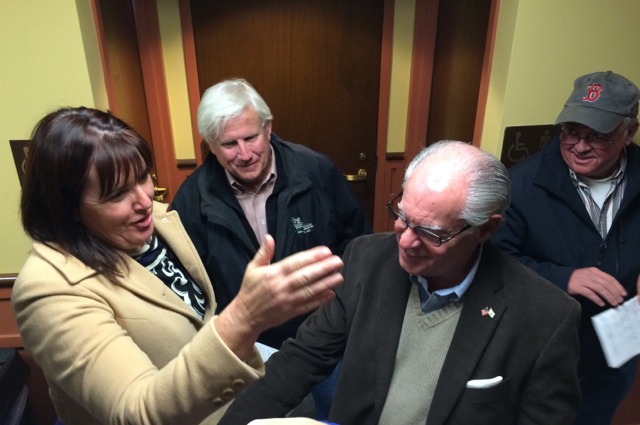 Roughly 200 mail ballots have yet to be counted.

The new council will feature two elements the current council is lacking: a woman and Democrats. The last women to serve on the Town Council were Sharyn Iannuccilli and Marilyn Kiesel, who both stepped off the council in 2004. No Democrat has served on the council since Schwager stepped off in 2010.

“It’s very gratifying to win my sixth term,” said Isaacs. “I want to thank my wife Mindy for her support and her hard work every time I’ve run for office. And I’ve been fortunate to serve with good council members that have made this a responsible town which has made it easier for me to run for reelection.”

Cienki didn’t want to focus on the fact she will be the first woman to serve on the council in 10 years, but rather spoke of her gratitude.

“I’m humbled by the number of people came out and supported me,” she said. “We had terrific candidates. I think anybody that was running for the Town Council was more than qualified so it’s humbling to be voted in.”

Todd and Cienki at Ritrovo after the vote results were in.

“I’m extremely excited for this,” said Todd. “I’m humbled by the outcome. I’m looking forward to bringing my younger vision to the council. It’s going to be a good two years.”

Todd said he thought social media played a role in his win.