In EG, Parades Can Just Happen 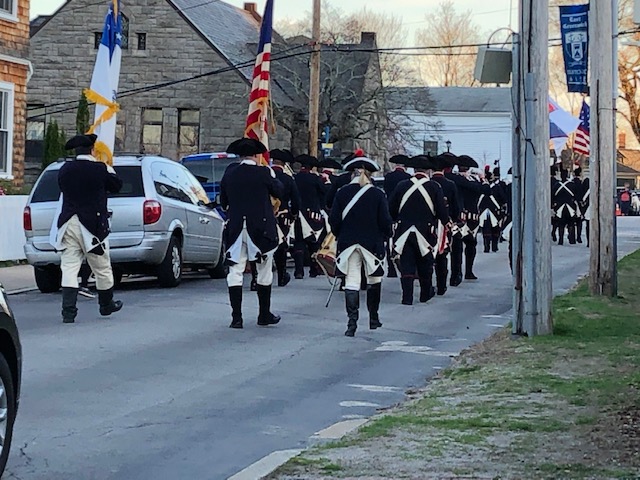 There’s really nothing like a seemingly spontaneous parade to make a person sit up and take notice. Especially when said person is trying to drive down the street where the parade happens to be marching. I was late, of course, but it was hard to get mad. After all, it was the Kentish Guards, along with members of the Varnum Continentals – East Greenwich’s two Revolutionary War militias. (Actually, the Kentish Guards were founded in 1774 and the Varnum Continentals broke off and formed their own militia much later, in 1907.) 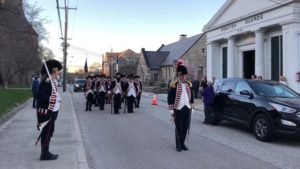 But, the fact is, with two historic militias in East Greenwich, sometimes like parades just happen.

This parade was a brief march from Main Street to the Kentish Guard Armory on Peirce Street Wednesday evening, April 17. According to Kentish Guard Major Theodore Aschman, every year, the militia marks anniversary of the Battle of Lexington and Concord, which took place on April 19. By the time, the Kentish Guard was alerted and headed to Massachusetts to help their brother militias, it was April 20. Because of the upcoming Easter weekend, this year they marked the occasion a little early.