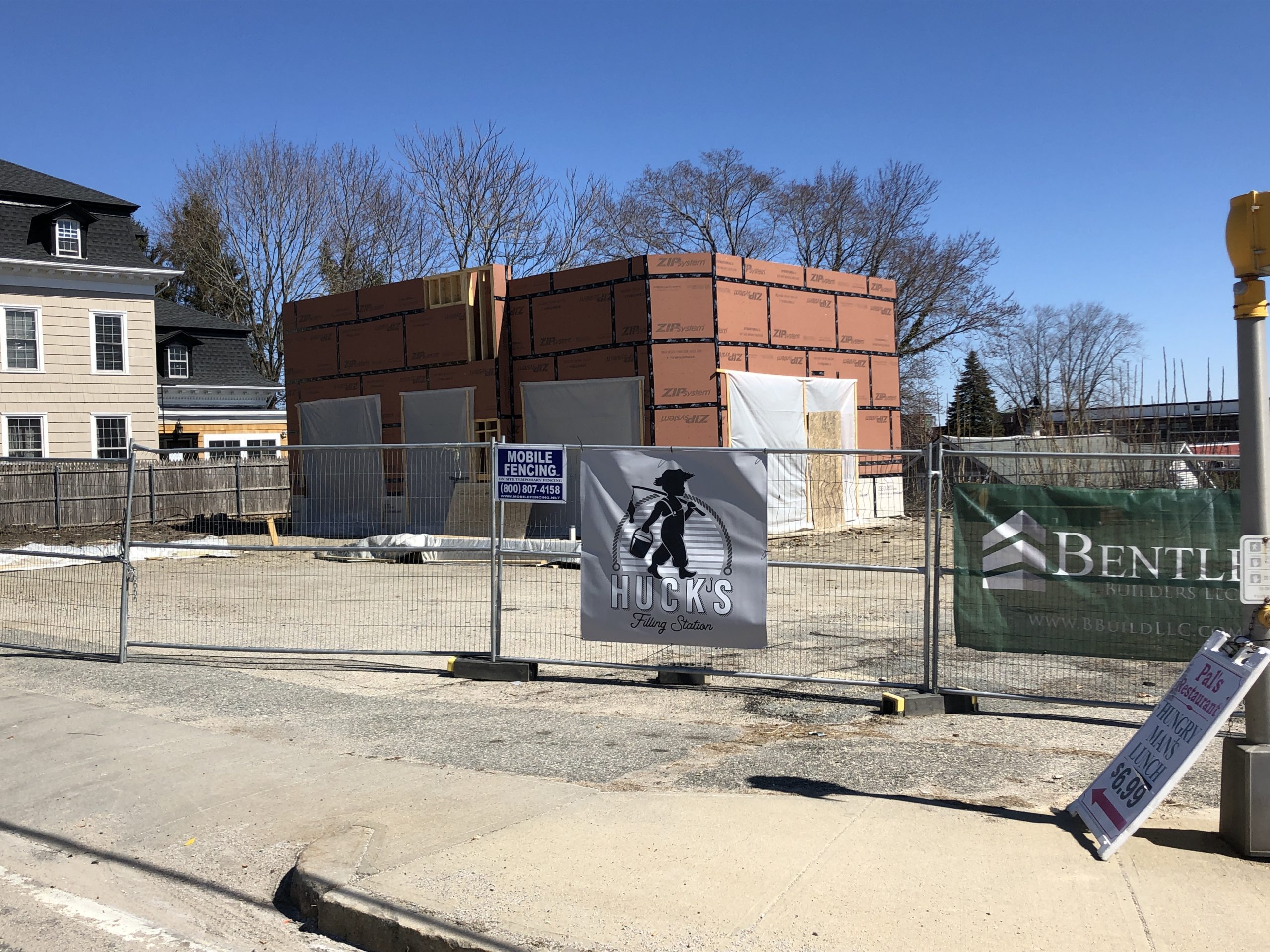 The northeast corner of Division and Post Road has been dormant a long time now, but the former Esso Service Center is soon to return to life as Huck’s Filling Station, a new restaurant by the creators of Milk Money in Providence.

While Huck’s will sit in Warwick (4654 Post Road), its location on the Warwick-EG line (across the street from the Varnum Armory) makes it an extension of East Greenwich’s booming restaurant row.

The site definitely certainly didn’t come billed as an obvious location for a hip new eatery, but manager Jared Melei said he and his partners (Jeff Quinlan, Edward Brady, and Justin Erickson) liked the classic gas station vibe. More importantly, he said, there was room for a lot of outdoor seating, something that only a couple of Main Street restaurants are able to offer.

The plan is to have 40 to 50 seats outdoors, amid three fire pits that will run parallel to Division Street. The restaurant itself is being constructed on top of the existing foundation, and will have 30 to 40 seats indoors.

Melei said the menu will pay homage to New England classics but with influences from around the globe. Of course, since it’s Rhode Island, there will be something Italian on the menu, as well as steak, seafood and an extensive raw bar that will showcase East and West Coast oysters.

The executive chef is Andrea Leonardo, who also oversees the Milk Money kitchen.

They hope to open Huck’s in early June. Warwick granted the restaurant a liquor license a couple of weeks ago so now it’s down to the construction.

Melei said he’s been happy with all the enthusiasm spilling over the EG-Warwick line.

“We love the feedback that we’re getting from the East Greenwich community.”