How Much Does EG Owe for Extra Legal Work? 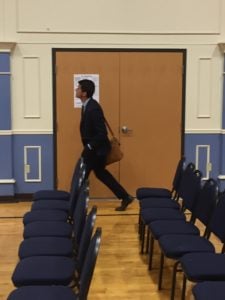 Town paid Whelan, Corrente $104,000 for work through November – no bills have been received since.

Sometime before last November – when Gayle Corrigan was named town manager –  the town contracted with the law firm Whelan, Corrente, Flanders, Kinder & Siket for legal work centered on the town’s effort to reduce costs at the fire department. That work cost the town $104,518 through Nov. 30. Although legal work has continued apace since November, the town has received no bill.

Four months have passed and, according to town officials, “The town does not have any bills from Whelan, Corrente, Flanders, Kinder & Siket, LLP, [for December through March] in their care, custody or control. . . . ”

It’s unclear what arrangement the town has with the law firm since the town has declined to release the letter of engagement it signed. The City of Providence has released a copy of its letter of engagement with Whelan, Corrente from 2015. In that letter, lawyer Tim Cavazza stated the firm would bill the city monthly and would charge a monthly rate of 1 percent for any bill not paid within 45 days.

Cavazza is the lawyer who has been negotiating and acting on behalf of the town on firefighter labor-related issues. Since November, Cavazza has spent hours in negotiating sessions with the firefighters and the town has filed suit against the firefighters in Superior Court. Without the letter of engagement, it’s not known what Cavazza’s firm is charging. In Providence in 2015, Cavazza charged $230 an hour.

Billing clients monthly is the norm, according to several lawyers EG News talked to for this article.

Some clients could have different billing cycles, they said, but it was not typical for a public entity to request anything other than monthly billing.

Cavazza’s work is in addition to work done by Town Solicitor David D’Agostino, who is paid $11,500 a month for his services, as well as lawyer Andrew Teitz, who works for the Planning Department and bills $195 an hour.