How Come Town Manager Budget Line Is $82,000? … and Other Questions 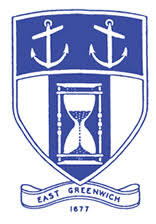 When Finance Director Linda Dykeman presented her quarterly report to the Town Council Jan. 8 (2018.01.08_finance_report_YTD_expenditure_12.31.17), the budget line item for the town manager was $82,499, just as it had been in June, when the budget was passed and Tom Coyle was still town manager.

Town officials, including Dykeman, Corrigan and members of the Town Council, have failed to answer that question and others.

Other budget lines have been updated to reflect personnel (and subsequent salary) changes for, in particular, finance director. The 2018 budget released in May and passed in June showed a line item for finance director of $103,000 – exactly what then-Finance Director Kristen Benoit had been receiving. The budget that appeared on the town website in July, however, showed a budget line of $127,000, Dykeman’s salary. (Benoit was laid off June 30; Dykeman was named to the position that same day.) If the finance director line item could be updated, why not the town manager line item?

Other questions revolve around the budget line for legal services.

According to Dykeman’s report, the actual expenditures halfway through fiscal year 2018 were $5,555 in claims reserves; $82,106 for fee and services; and $114,584 for professional/arbitration.

Dykeman said Jan. 8 that the overage in the professional/arbitration line (151 percent of a line item that did not exist before this year) was due to legal services for the Planning Department and collective bargaining-related expenses but town officials have failed to answer questions about how much of that $114,584 is for Planning legal services and how much is for CBA services and who exactly is getting paid for what. And, since the legal work for the Planning Department is being done by the assistant town solicitor, it’s unclear why that expense isn’t included in the budget line (fees and services) for the town solicitor.

Another question that has gone unanswered is about the fire chief budget line. The fire chief’s pay is budgeted at $102,642 but the town has spent $112,328 in the first half of the fiscal year. Former Fire Chief Russ McGillivray was fired in November, receiving six months wages because the town broke his contract. That could be part of the $102,642 number but former Town Manager Tom Coyle’s six-month payout does not appear to be included in the town manager actual budget number.

Repeated requests for answers to these questions have failed to yield responses.