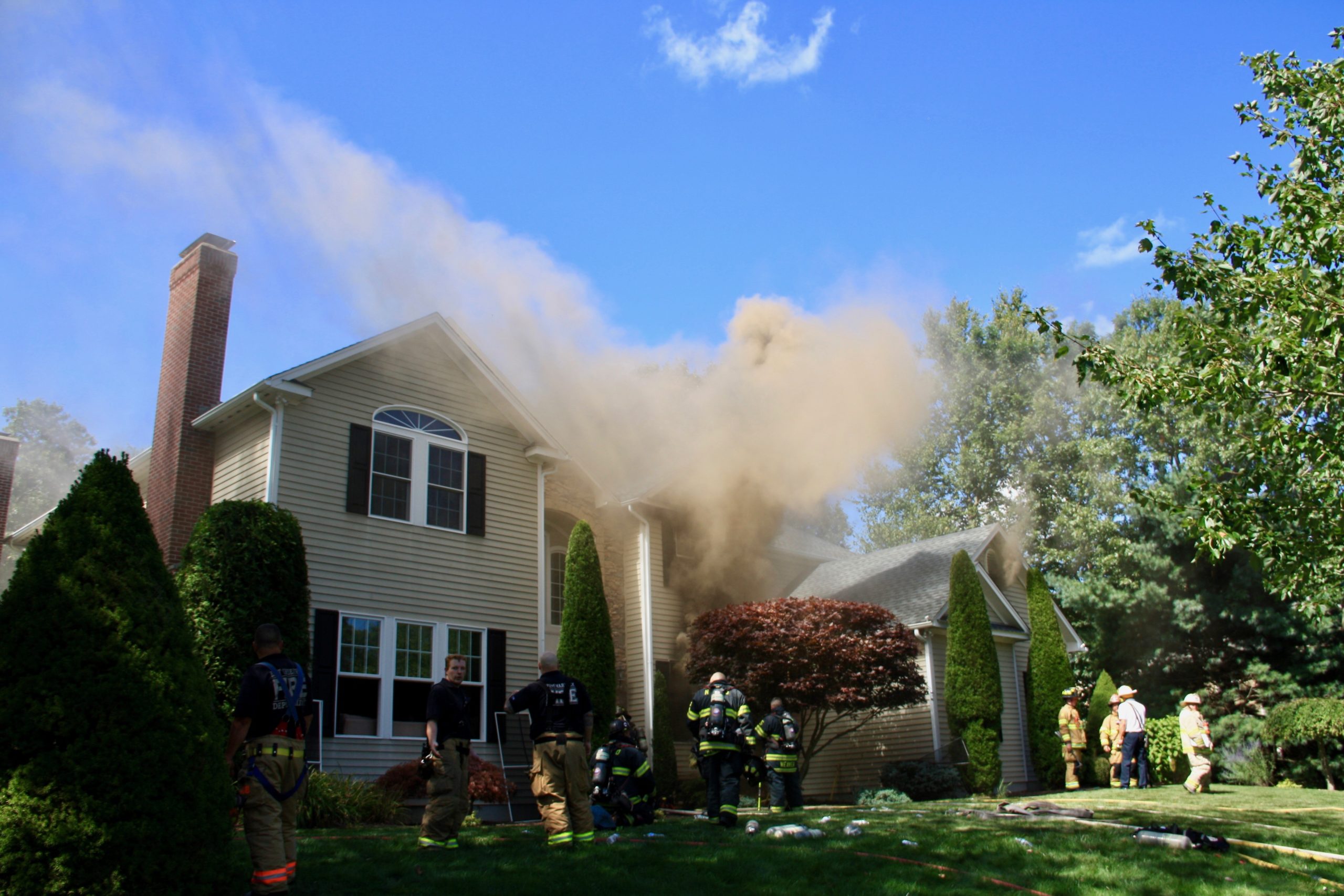 Above: The fire at 15 Secret Lane started in the basement.

Firefighters from five communities spent about two hours Tuesday afternoon fighting a fire at 15 Secret Lane before getting it under control. The fire, which started in the basement, sent two firefighters to the hospital, one with a hand injury and one whose condition is unknown.

Dispatch received a call about the fire at 12:11 p.m. Tuesday. Two people were in the 4,900 sq. foot house at the time the fire broke out, a resident and a repairman. According to EG Fire Chief Bernie Patenaude, the initial caller mentioned a possible gas leak in the basement but no cause has yet been determined.

Firefighters from Station 2 were first on the scene. Mutual aid -– help from other communities – was called as soon as the seriousness of the fire was known. In addition to all 8 on-duty EG firefighters and at least 3 EG firefighters who came in from home, North Kingstown, Warwick, West Warwick and Coventry fire departments also responded.

Patenaude said the mutual aid was absolutely essential, noting that a national fire fighting regulations call for a minimum of 19 firefighters to respond to structure fire.

“We were lucky. This house is reasonably close to a hydrant. It’s the last hydrant in the loop is the one we used. It doesn’t go any farther than that,” he said, referring to a hydrant on Shippeetown Road.

“These are tough,” Patenaude said of the fire. “The newer houses are manufactured lumber construction. They’re very lightweight. Makes it cheaper to build the houses but in fire conditions they fail very quickly. At one point we had to pull everybody out, make a part of the house off limits because it was weakened.”

This is the second house fire in two months to have started in the basement. On July 4, a basement dehumidifier caught fire in a house on High Hawk. While the fire was largely confined to the basement, the house was deemed uninhabitable.

Firefighters in full gear head down to the basement at 15 Secret Lane.