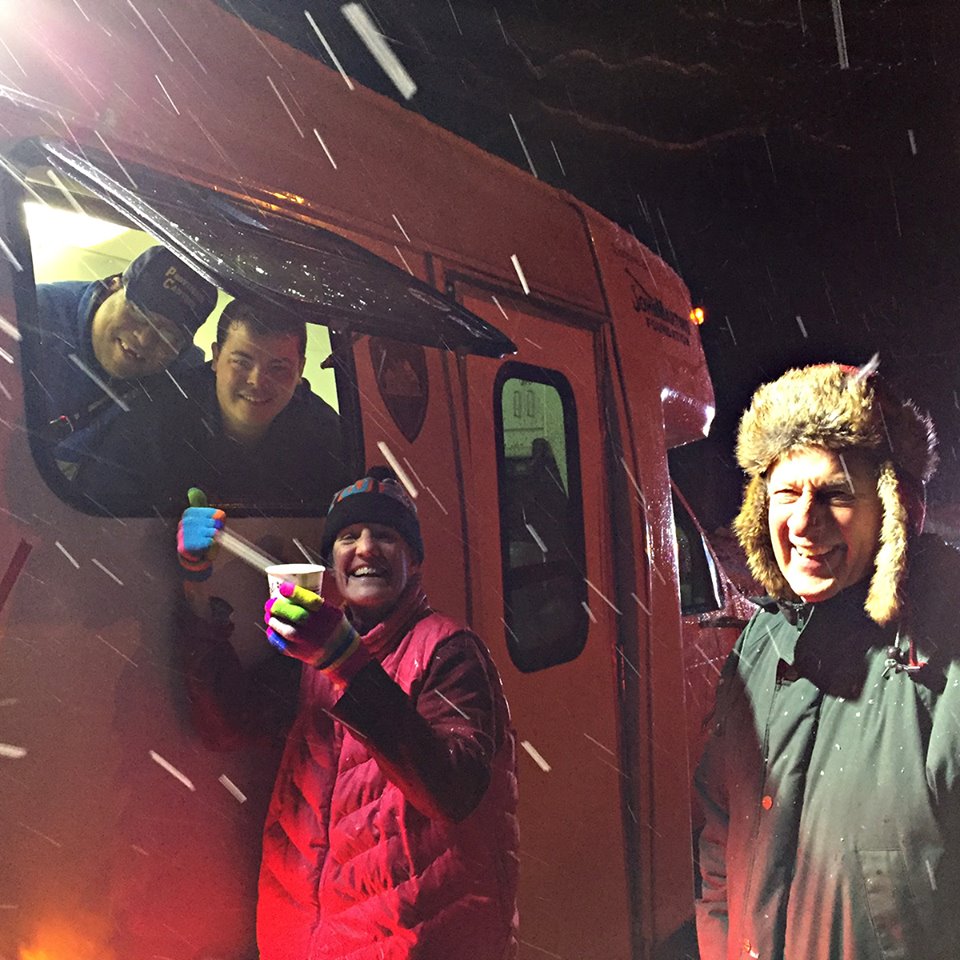 Volunteers at the Fire Canteen truck hand Dana Gee a cup of hot coffee after the worst was over Wednesday night. Dana’s husband, Mark Gee, state senator, is on the right.

It’s a good thing the Gee family stays up late, said Dana Gee Thursday. That’s because her son Griffin Gee, an 8th grader at Cole Middle School, was still up around 11 p.m. Wednesday when he smelled something funny. He looked out his bedroom window and saw flames coming from the hot tub that sits near the house in the backyard. Griffin notified Dana, who was in her office downstairs.

Dana’s other son, Zing, called 911 while Dana grabbed a fire extinguisher they keep at the back door, figured out how to use it (it wasn’t hard, she said) and set to work on the blaze. It just so happened they had two other fire extinguishers that they ended up using as well. Hope Gee, Griffin’s twin sister, opened the door for the firefighters when they arrived and corralled the family’s two dogs. It was a family affair.

“The kids were epic, as were the firemen,” said Dana. She said she was very grateful the family had the fire extinguishers.

“If I had not had the fire extinguishers, there is no question in my mind we would have lost part of our house,” she said. As for doing the dirty work – “I always wanted to be a firefighter,” she joked. Dana said apparently there had been a power surge somewhere on Cedar Avenue (the Gees live on Middle Road a little west of Cedar) around 10:30 p.m. Somehow that caused a short in their hot tub, which had not been used in  years. All of this took place during the second nor’easter in less than a week, which brought heavy, wet snow and wind.

Dana said she was very grateful, too, for the all-volunteer fire canteen, which shows up to provide food during fires around the state.