Above: A state “bomb tech” suits up to deal with the device found behind Oriental Cleaners Tuesday.

The state Fire Marshal’s bomb squad took apart an incendiary device found in the back of the parking lot behind Oriental Cleaners on Post Road Tuesday evening. No one was injured. R.I. Fire Marshal Tim McLaughlin said while it was not an explosive, it could be described as a fire bomb. 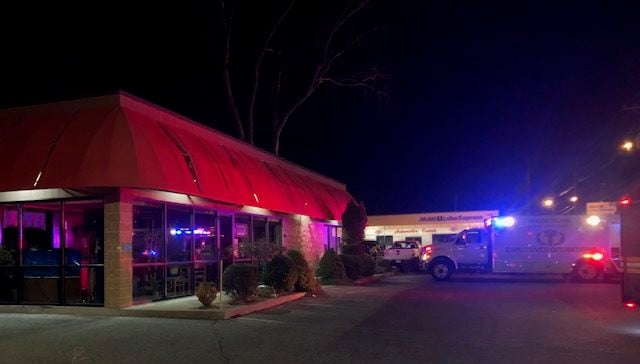 No one was injured and the device – a remote control 4-wheel drive toy-size vehicle equipped with split duraflame logs and a can of sterno – was inert.

McLaughlin said nothing accompanied the device, no note or other type of communication has been found.

According to Sunny Ng, owner of the cleaners, they first noticed the device around 9:30 a.m. Tuesday. It wasn’t until later in the day they realized it might be dangerous and decided to call the EG police sometime after 3 p.m. Police and fire officials took a look at the device and decided to call the state fire marshal’s office and its bomb squad.

The bomb squad first sent two robots down to the device and they took it apart – one of the robots is equipped with a saw. A “bomb tech” – in full protective gear – followed the robots. “We dismantled it and luckily it wasn’t anything,” said McLaughlin. If the sterno had been lit, he said, it no doubt would have caused enough of a fire to burn the vehicle but the building was not in immediate danger based on the proximity of the device.

McLaughlin acknowledged his department was on heightened alert after last week’s invasion of the U.S. Capitol and they are getting regular updates from the FBI. But, he said, “I don’t think there’s anything credible at this point in Rhode Island. Every single thing we get like this we take seriously.”

Ng said the family-owned and operated dry cleaning business, which has been in East Greenwich for more than 30 years, has never received threats.

“We like everybody. This is a good neighborhood. We’ve never had any issues,” Ng said. “I don’t know if they intended to do anything because they left it so far from our building, but I don’t know just as some kind of statement.” 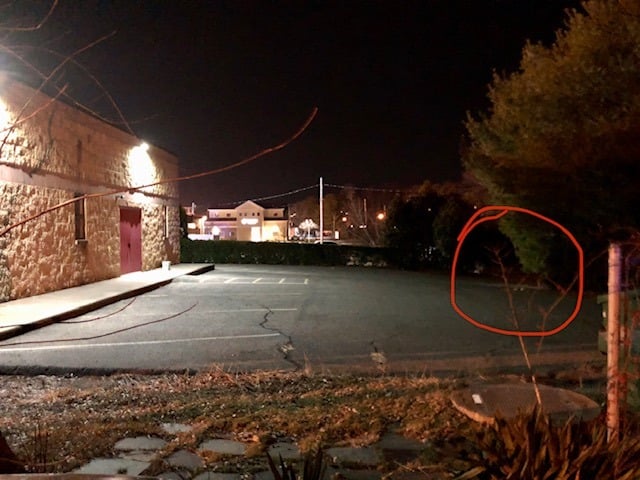 The device was found at the back of the parking lot behind the dry cleaners, indicated by the red circle.