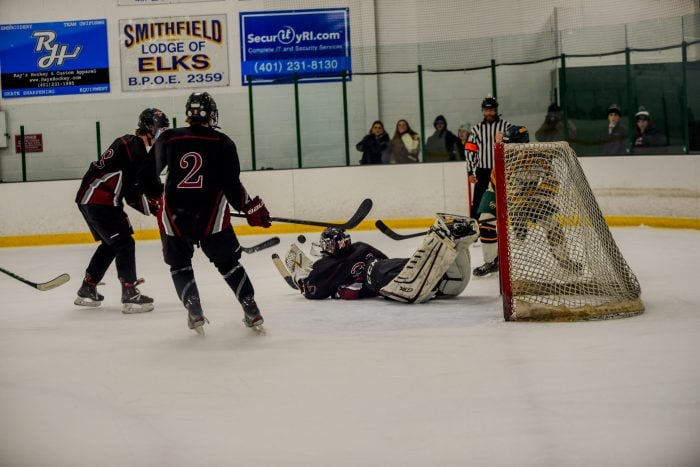 Above: EG goalie Jordan Gulati makes one of his many saves.. Photos by Chuck Nadeau (find more photos at chuckn.com).

In the D-1 Boys Hockey quarterfinals, East Greenwich dropped the first game against Smithfield 2-1 Friday night, then beat Smithfield 3-2 in double overtime. They play again Tuesday (3/1) with the winner going on to the semifinals.

The Friday game at the West Warwick Civic Center  was a “solid” effort by both teams, said Coach Don Dunwoody. Despite what Dunwoody said was better play by the Avengers – including more shots on goal, three of which hit the post and deflected – the Sentinels were able to get that winning goal in the second period and EG wasn’t able to respond. Senior captain Matt McKenzie scored EG’s lone goal during a power play, with an assist by Cameron Warrener.

For game two, the action moved to Smithfield, where again the Sentinals scored first, in the first period. Mackenzie scored in the second period during a power play, on a scrum in front of the net, assisted by Cameron Gaffney and Sunny Arsenault. The Avengers went on to take the lead in a power play with Chase Paskalis scoring, assisted by Mike Healey.

Smithfield was not done, however, tying the game in the third period and ultimately sending the game into overtime, double overtime as it turned out. But EG’s Makenzie streaked down the right side of rink, turning the defensemen and scoring; assisted by Colin Walsh.

“We dominated them – 40 shots on goal to their 20 – but we have to score,” Dunwoody said. “Their goalie played great – stopped everything he could. Smithfield’s a good team.”

So it comes down to Tuesday night. EG may have lost that first game but in a best-of-three series, that can be OK . As Dunwoody said, “If you stub your toe, you can always come back and win the series.”

The puck drops at 6 p.m. at the West Warwick Civic Center. 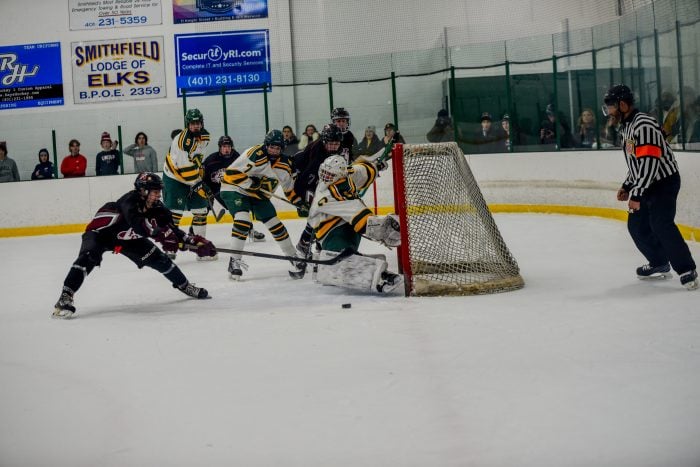 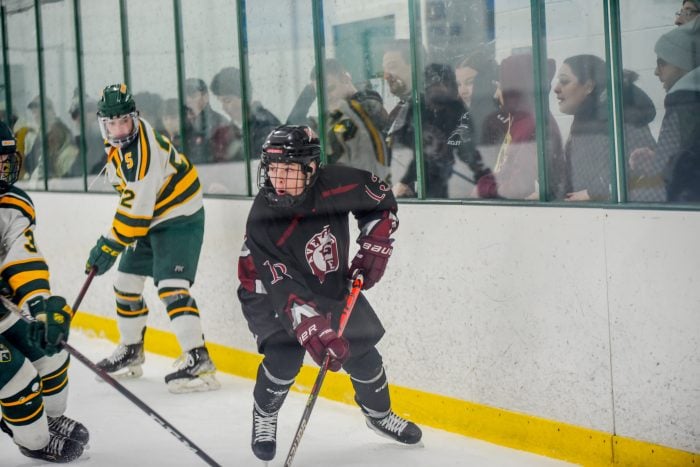 Joe Andreozzi looks to pass in front of the Smithfield net. 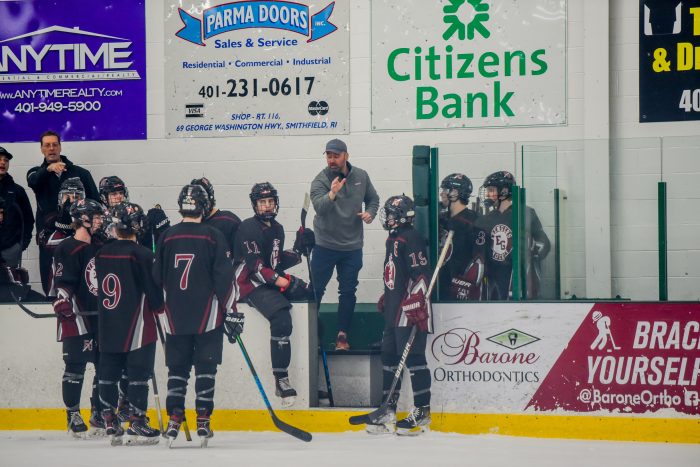 Getting pointers from the EG coaching staff during a break. 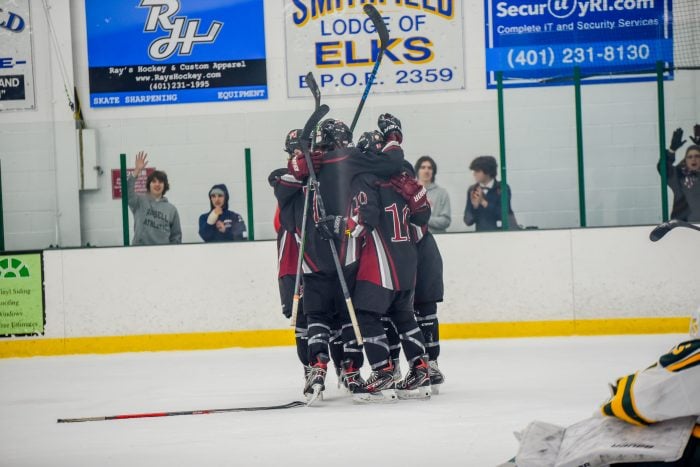