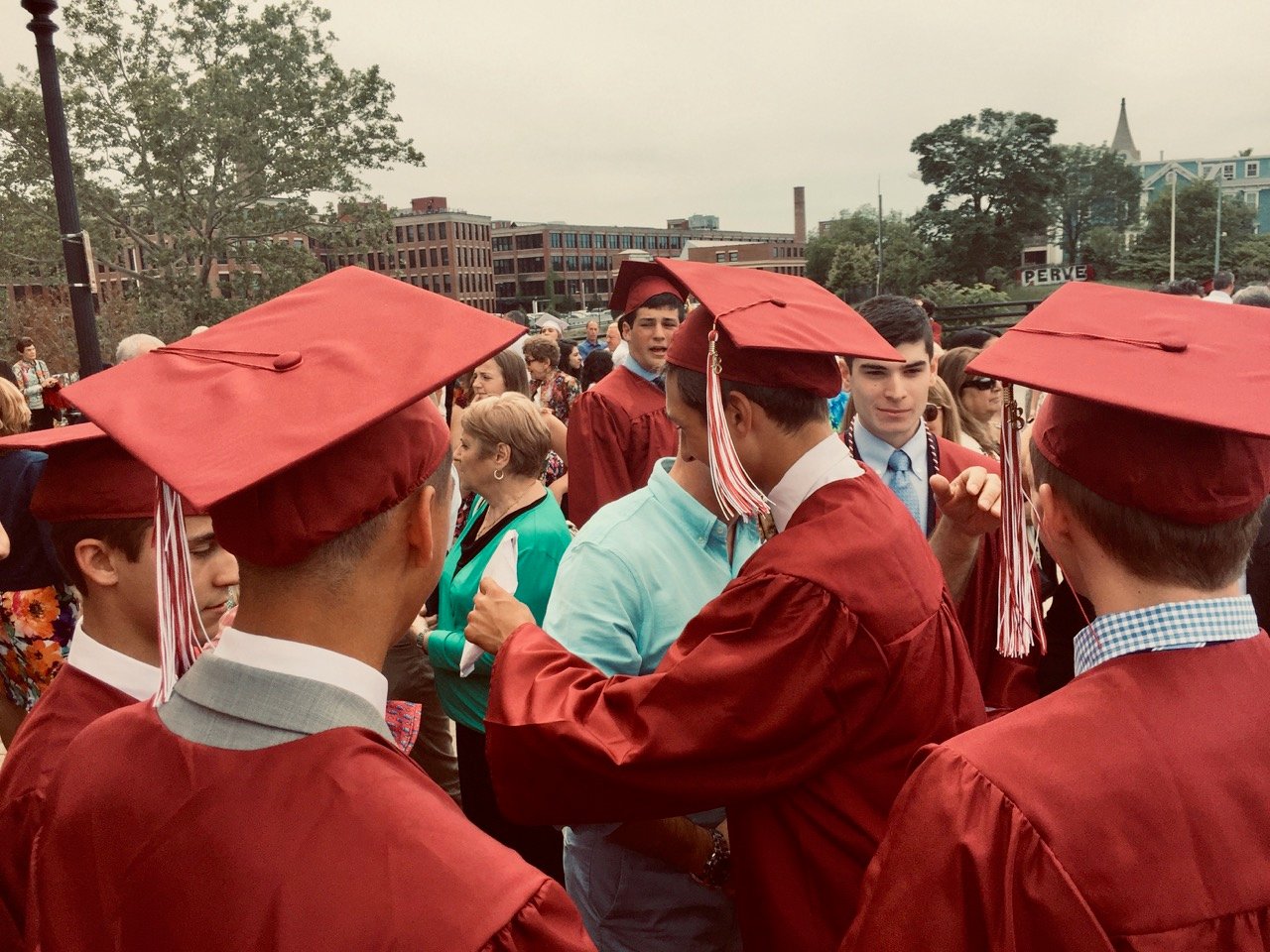 East Greenwich High School is looking to upend the long-time practice of picking the two seniors with the highest GPAs as valedictorian and salutatorian, replacing it with an application process, starting for the Class of 2023 (this year’s 8th graders). Together with that, the school would stop using weighted GPAs – those that give extra points for honors and AP course work.

The changes are an attempt to de-escalate the competitive, stress-driven system now in place.

“It’s not that what we’re doing now is wrong. It’s that I think we can do it better,” said Principal Mike Podraza in a recent interview. “What we’re hearing from students who are stressed is, they’re making decisions based on the impact to their GPA, not about what they’re interested in, not what they’re curious about.”

In terms of what colleges are looking for, Podraza said there are a lot of different approaches. Some look at unweighted GPA, some don’t. Some look at core subject grades, some look at what electives a student has taken.

Podraza stressed these changes would not affect current EGHS students. In terms of GPA, the school already sends both weighted and unweighted GPAs to colleges. For the Class of 2023, the school would only calculate unweighted GPAs.

Barrington High School, against which EGHS is often compared, does not use weighted GPA and it also does not chose graduation speakers by GPA ranking (as in valedictorian and salutatorian).

“There are lots of students with powerful things to say,” he said.

With one extra student speaker, Podraza acknowledged that the graduation ceremony might need some reorganizing, in terms of the number of speakers or length of speeches. The fact that EGHS has, essentially, two special graduation ceremonies –graduation itself but also Ivy Day, a ceremony for seniors on the Friday before graduation – could help with that.

“Between those two days, there’s some room to evolve,” he said.

Podraza rejected the suggestion this could be viewed as the academic equivalent of “trophy for all.”

Ultimately, he said, “We are looking to devise a system to be more geared toward the outcome of learning.”

The School Committee will take up the EGHS Program of Studies for 2019-20 – including these changes – at their meeting Tuesday, Dec. 18, 7 p.m. in the library at Cole Middle School.

If East Greenwich News is helping you learn more about your community, consider supporting us with a donation. Click on the link below or send a check to EG News, 18 Prospect St., E.G., RI 02818. Thanks!