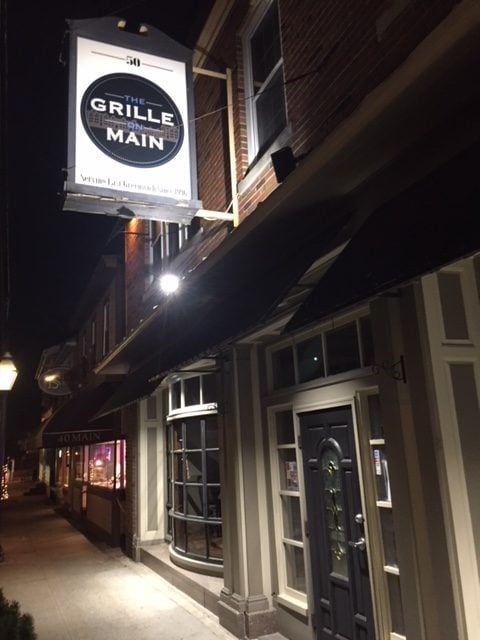 East Greenwich, R.I. – The Grille on Main, an anchor on Main Street for decades, closed its doors Monday, citing a dispute with its landlord.

A sign posted to the door reads, “Due to a legal dispute with our landlord and the inability to renew our lease with them we have been forced to close our doors.”

For a few years, then-owner Steve Marra teamed up with Bill Pinelli and the Grille became the linchpin of a small restaurant empire. After that partnership ended, Marra retained the Grille and the then-Post Office Cafe but the business fell into financial difficulties. Marra died in 2011, after which the Marra family took over the two restaurants. 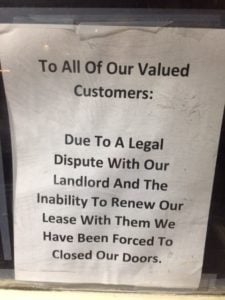 In 2015, brothers Scott and Todd Buontempo bought The Grille on Main. They had difficulties renewing their liquor license earlier this year, with Scott and his finance manager Maria Chianesi appearing before the Town Council on several occasions, seeking extensions so they could remain open while trying to clear up back tax issues.

According to Chianesi, the Marras, who own the building, had not paid a $4,800 town sewer bill. Eventually, Buontempo paid it so they could renew the liquor license.

Buontempo did not respond to requests for an interview. Michael Marra could not be reached for comment.

Patrons, however, have been expressing their sadness over the closure.

“It’s been one of my favorite places for over 20 years and Mario the bar manager is like family. It’s the Cheer’s of East Greenwich,” said Greg Dantas, owner of RI Real Estate Services.

“Obviously devastated to hear that this EG institution has closed. So many great memories made beyond that door, the fact that I can’t walk in there tomorrow night breaks my heart. This is hands down the greatest bar in East Greenwich and should be saved, not destroyed,” he wrote.

Millard offered several ideas to save the Grille, among them suggesting that the Greenwich Odeum take it over, keeping the bar alive and adding a “music/arts vibe.”

Another Marra property also sits vacant on Main Street – the old Post Office building on the corner of Main and Division streets. That building had been occupied by Johnny Granata’s but that restaurant closed in February. Owner John Granata said he closed because ultimately they weren’t doing enough business.

Both buildings are for sale.