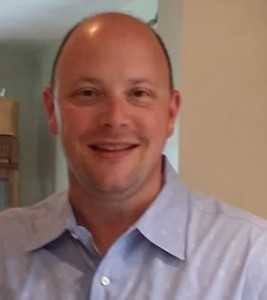 Dominic (Dom) Giusti will be the new principal for Meadowbrook Farms Elementary, Supt. Alexis Meyer announced via press release Thursday. Giusti  is a familiar name in East Greenwich, having been first a teacher, then principal of Eldredge Elementary. He left in 2017 to take over as principal at Tiogue Elementary School in Coventry.

“I am ecstatic about returning to the East Greenwich Public Schools where I honed my skills as both a teacher and principal for over 22 years,” Giusti said in letter released by the district Thursday afternoon. Moreover, I am honored to join Meadowbrook Farms Elementary School as their new leader – a school that has a rich tradition in excellence.”

Giusti replaces Neil Marcaccio, who was named as the district’s director of MTSS (multi-tiered system of supports) in early September.

Giusti was principal of Eldredge from 2006 to 2017, during which time he received the Presidential Award for Excellence in Mathematics, was finalist for Principal of the Year and a R.I. Department of Education Mentor Principal awardee.

Giusti holds a bachelor of science degree in elementary education and mathematics from Rhode Island College and a master’s of education in mathematics from Boston University. He successfully completed the Principals Residency Network to earn the credentials and certification of PK-12 school building administrator.

He and his wife, Catherine, live in Hope Valley, with their children, Andrew, Luke and Charlotte.

“Mr. Giusti returns to East Greenwich as a well-respected and accomplished Rhode Island principal. He brings with him new professional experiences and learning that will positively contribute to the future of Meadowbrook Farms Elementary School and East Greenwich Public Schools,” said Supt. Alexis Meyer. “He is a remarkable leader who is skilled at building relationships with students, staff, and families. Mr. Giusti’s strengths, knowledge and experience will help to build upon the tradition of excellence at Meadowbrook Farms School.”

Agreeable terms of employment will be finalized by the East Greenwich School Committee.