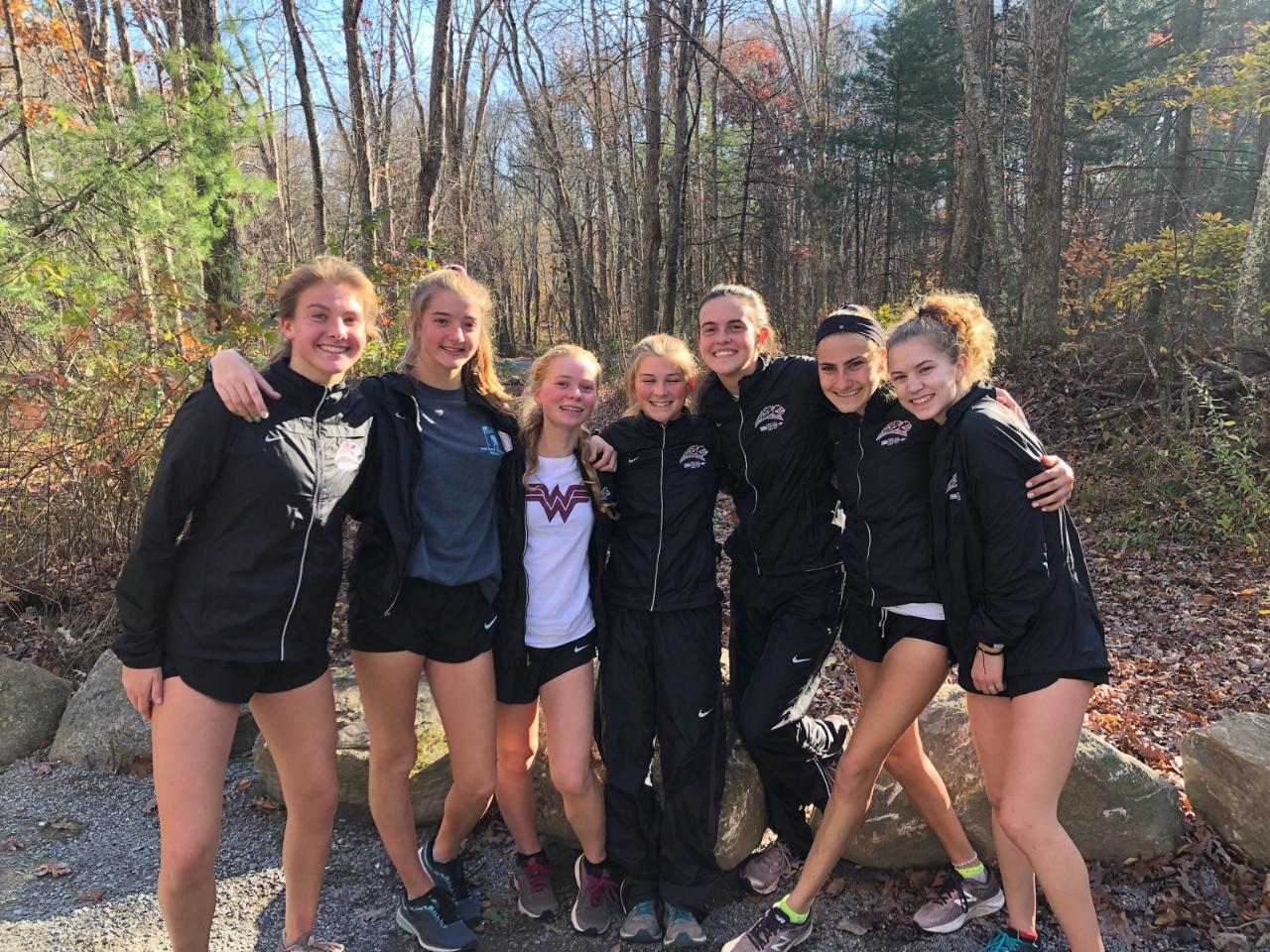 It was an eventful Saturday for the EGHS Boys and Girls Cross Country teams, with both teams vying for the State Championship. In a hard-fought race over one of the tougher 5K trails in New England, the girls finished first and the boys finished ninth. It’s the first time an EG girls team won a state championship.

For context, scoring in cross country is based on position; the first place runner in the race receives one point, the second place runner receives two points, and so on and so forth. The sum of the scores for the first five runners on each team constitutes the team’s score, which is then used to determine the winner of the meet. Sixth and seventh place runners are used to break ties. 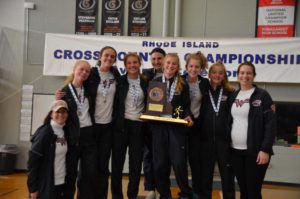 State champs for the first time in school history.

In the girl’s race, freshman phenomenon Rylee Shunney placed first for the East Greenwich team and fifth overall in the race, with a time of 18:51.15. Shunney was followed by Jessica Martin, a junior, at 19:36.41. The duo was rounded out by seniors Leah Chace and Ana Caliri, as well as Megan Huntley, another freshman, who finished with times of 19:52.71, 20:00.10, and 20:02.82, respectively. Combined with the efforts of Helena Dunwoody, a fellow freshman, at 20:51.75, and junior Lindsey Miga at 21:20.75, the girls managed to scamper away with their first state title.

“It seems almost unreal,” said Ana Caliri, the girl’s team captain. “I’ve been in EG running programs for seven years and never would have thought my last season would end like this. We all worked so hard, spending our summers and weekends running, and it all paid off in the end.” 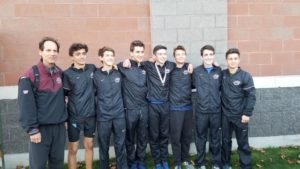 As for the boys, junior Jack Lombardi led the East Greenwich team. Even with a blistering time of 16:28.08, he finishing in seventeenth place, followed by Codey Thereault, a senior, who completed the race in 17:16.31. Sophomore Jacob Connolly was close behind with a time of 17:24.95, as was Nicholas Martin, a freshman, with 17:29.39. Senior Eric Essington rounded off the top five East Greenwich runners with a time of 17:40.65. At six and seven were Justin DiStefano, a freshman with a time of 18:31.49, and Luke Muoio, a junior who completed the course in 18:52.47.

Although each of the top five runners ran a career or season best, their efforts were only enough to finish ninth in the state. With the top six teams qualifying for the New England Championships, there were mixed feelings about the day.

“At first, I was upset with our finish as a team,” said Thereault, the boy’s captain. “But then looking at the results, our top five scorers all pr’d [ran personal bests] and ran their hearts out. And for me, that was a win all around.”

“I thought the boys had a great day,” added boy’s coach Peter Dion. “Cross country in Rhode Island is very competitive. Each year the athletes and teams continue to put up amazing times.”

The girls will compete at the New England Championships next weekend alongside Jack Lombardi, who, because he finished among the top 25 at states, also qualified. Both teams will also be competing at Nike Cross Regionals, held on November 30th, in New York.

Congratulations to all runners!

Suraj Sait, a senior at East Greenwich High School, is a reporter for EG News.