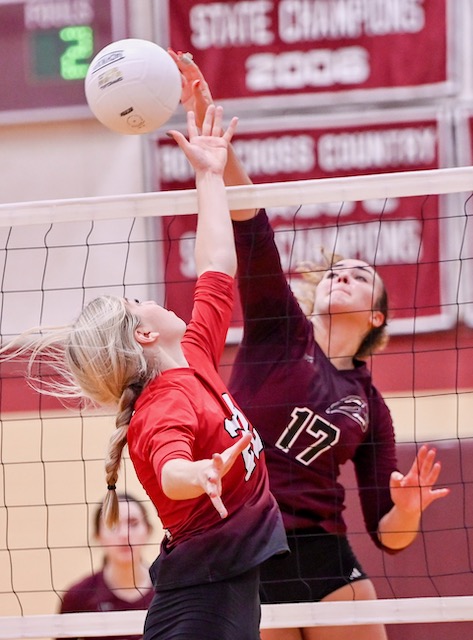 The Avengers came into this match with Coventry with a record of 2-3-0. The undefeated Coventry Oakers were 5-0-0.

The energy in the EGHS gym could have powered a few electric cars but the Avengers didn’t start well. They lost the first two sets 25-18 and 25-17. To this photog, they looked a little intimidated. They hung in with respectable scores, but couldn’t quite get it done.

Whatever Coach Sam Paquette said to the girls after the second game should be patented. The Avengers came out with a whole new outlook on the match. They started to play like the team they are. Digs were made and setup’s were there. The kill shot was not always the deadly hard overhead smash that the people like to see but it was well placed. They “put ‘um where they ain’t,” as the phrase goes, and took the next three games, 25-21, 25-21, and 15-13, to win the match.

Melis Kocak had 23 kills and 6 blocks for the match. Grace Clark had 32 assists, 2 kills, and 2 aces. Ella Johnson had 9 kills and 3 blocks. Libero Jillian Tracy had 27 digs.

“We came off a tough losing streak and mentally the first two sets were hard to come back from,” said Kocak. “Our energy definitely changed which made the game and I’m proud of how we came together as a team. I think if we carry that energy throughout the rest of the season we could be a threat in the playoffs and we are all very excited to see what we can do this season!”

“We started off with a couple wins and then lost 3 hard fought matches in a row – definitely not how we had hoped to start off the season. I could tell the girls have been feeling a little low coming off of those losses,” said Paquette after the game. “After we lost two sets last night, the girls came into the huddle and made a verbal commitment to focus on their energy and when they entered the court they really turned it on. They know a strong mental game is instrumental in beating good teams, and that we have to capitalize on big energy. Melis Kocak was a weapon for us in sets 3 and 4, giving us a ton of momentum. Grace Clark stayed strong and moved our offense around well and Jillian Tracey maintained great ball control for us in those last 3 sets of the match. They worked together to come back, point by point.”

She added, “I absolutely love [this team’s] enthusiasm. This is a very passionate group of athletes who have been working hard to succeed this season. They bring a ton of energy to the court and are always pushing to keep things positive. The girls on our team are consistently encouraging and motivating one another. Melis Kocak, Grace Clark, Jillian Tracey, Neala Bijari and Ella Johnson are our senior captains. They have each earned their role and work together to lead the team daily. I believe the Coventry match helped us to turn a corner, and I have high hopes for rest of our season.”

Their next match is Sept. 28 against Portsmouth at home. 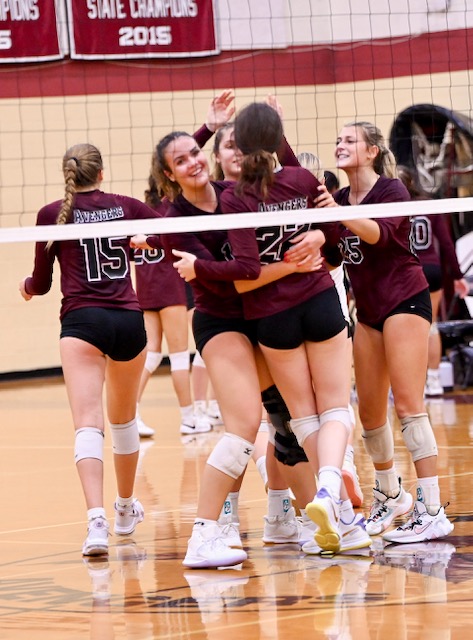 The team celebrating over a set win. Photo by CN 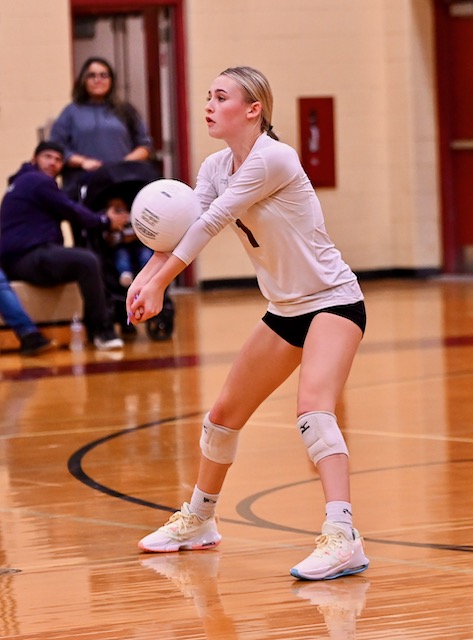 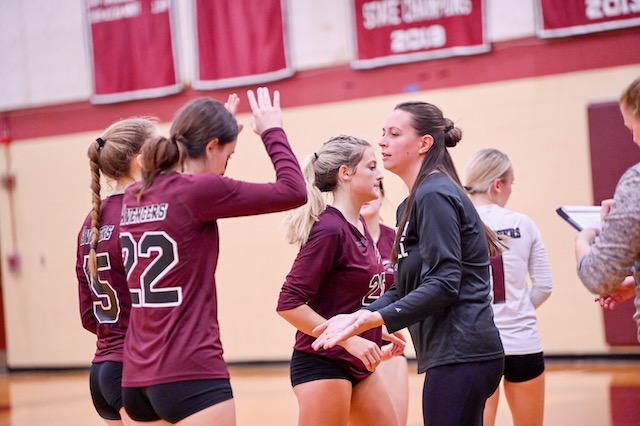 Coach Sam Paquette gives a low five after a win. Photo by CN 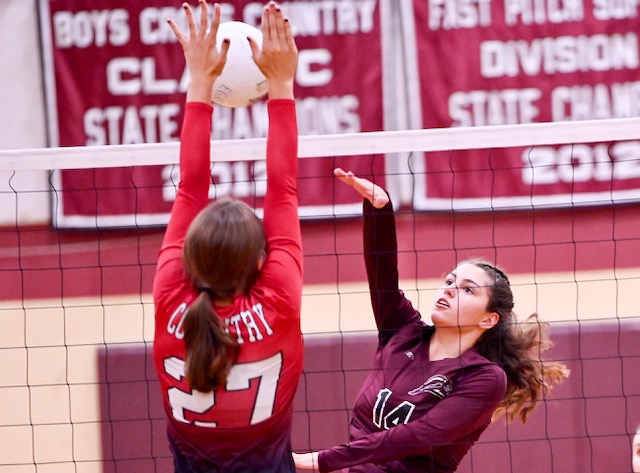 Neala Biajri kills one over a Coventry player. Photo by CN The stands were full for the Thursday evening game. Photo by CN 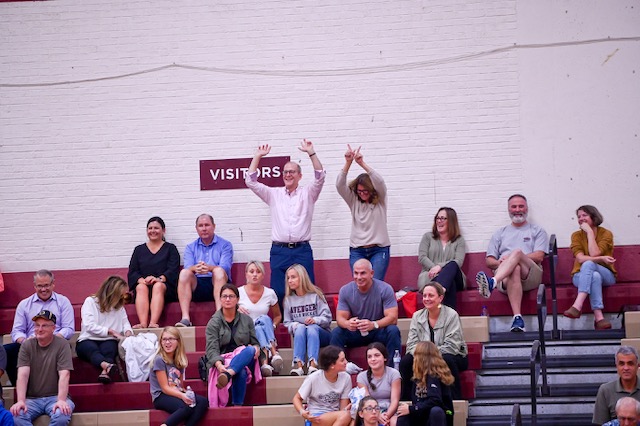