Girls Volleyball: One Loss, One Win to Start Season 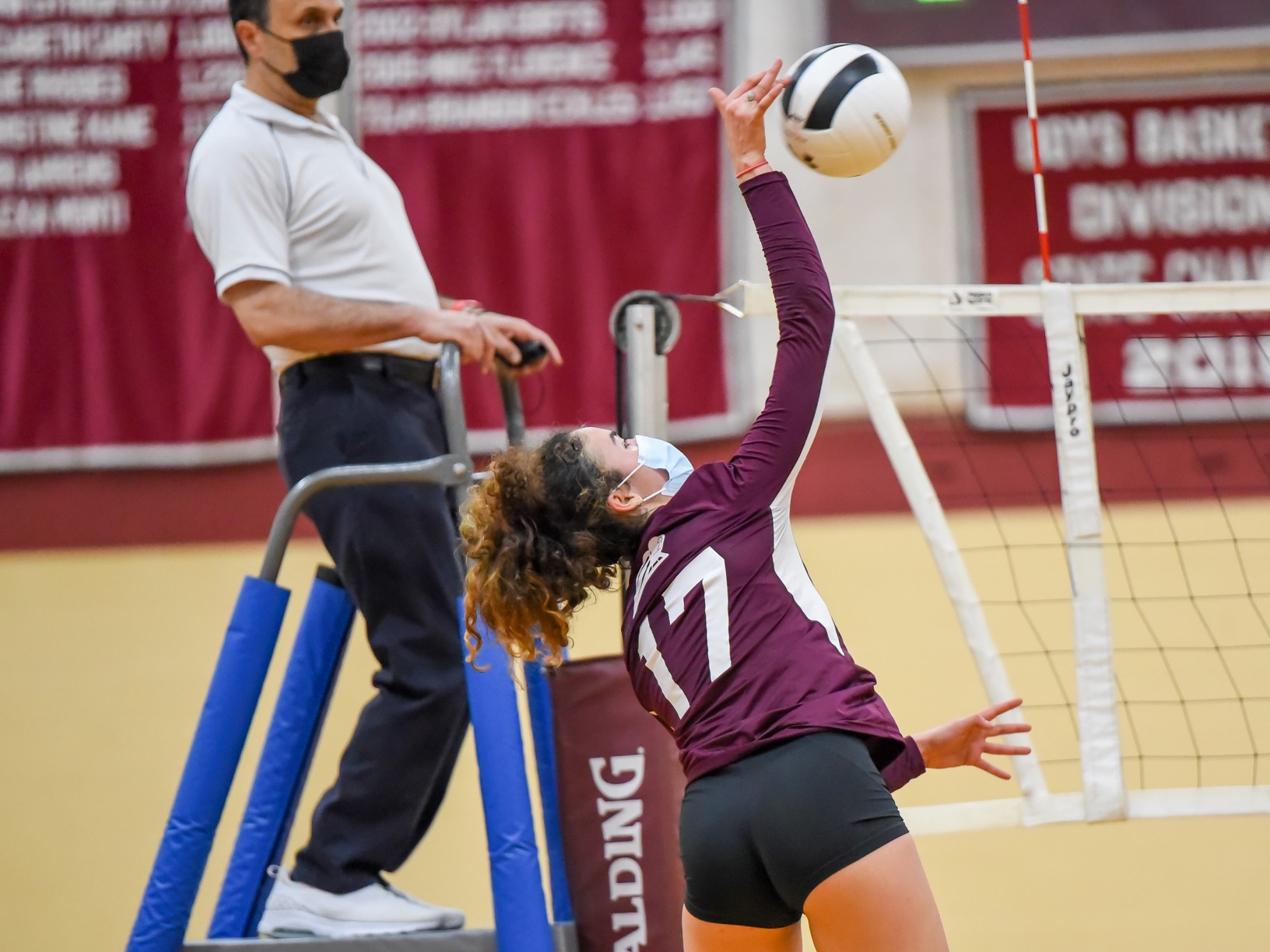 Above: Outside hitter Melis Kocak on offense. Photos by Chuck Nadeau (chuckn.com).

The Girls Volleyball team, bumped up to Division 1 this year, has started the season with a loss and a win, after the first three games were cancelled due to COVID.

Their first match against Prout went five games, with EG falling in the fifth, 15-6.

According to team co-captain Jessica Caterson, it was close enough they could have won. “We ended up making a lot of mistakes … we outplayed ourselves.”

Maybe, but they turned it around one day later, beating Barrington in three sets.

And that with a tiny team of 9 players this year, down from 13 last year, which means everyone’s playing most of the time.

“The season feels a little bit thrown together,” she said, because of the shift from fall to spring  and ongoing challenges of the pandemic, but they hope to make the playoffs.

Fans in the stands … only 2 parents and siblings under 18 per player.