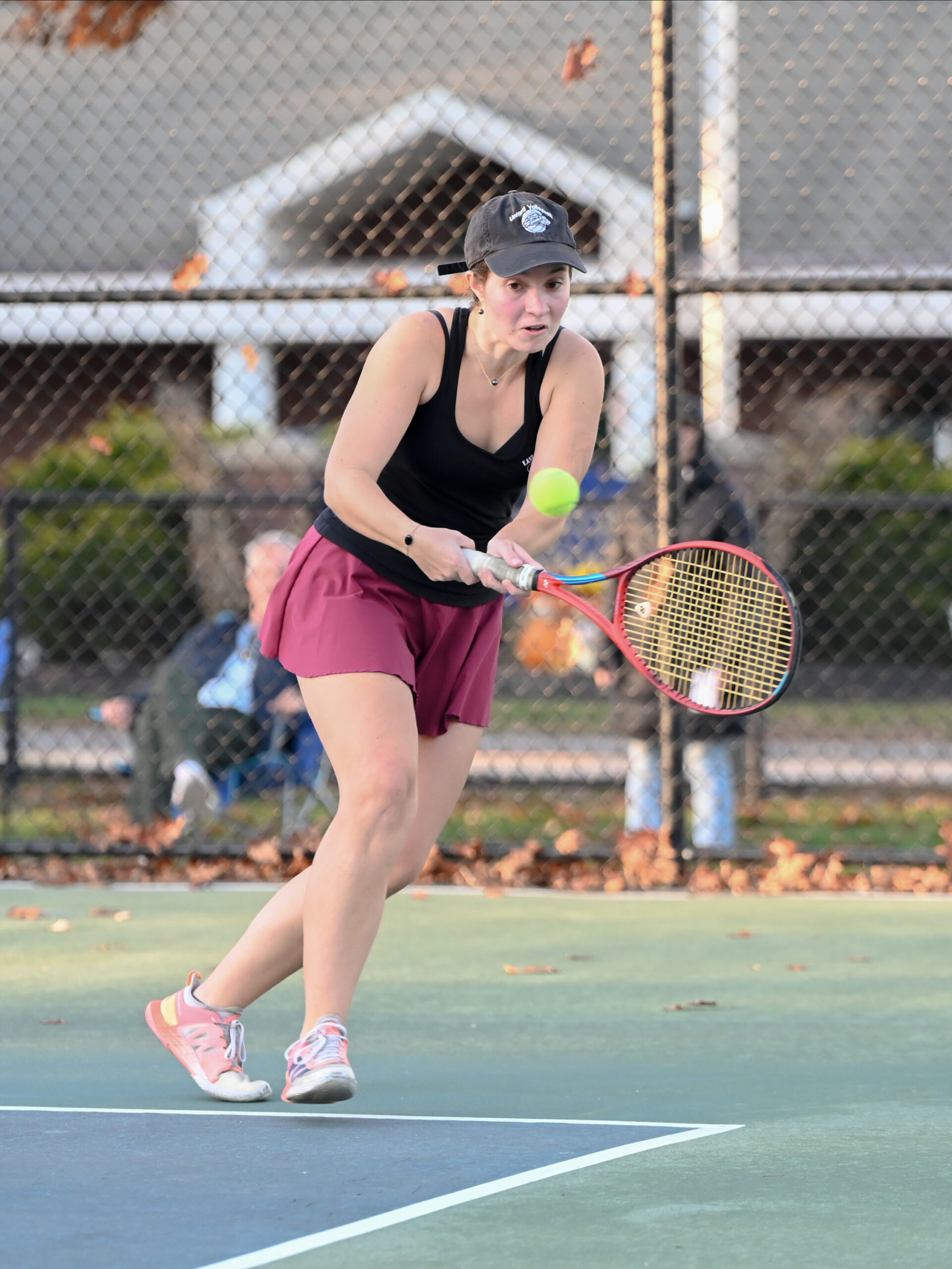 It was, according to longtime EG coach Marc Brocato, “maybe one of the most intense and amazing matches I have ever been a part of.”

That’s how the EG Girls Tennis team captured the semi-final match against Barrington, 4-0, Nov. 2, in their somewhat improbable return to the state final Saturday against La Salle Saturday. EG just got better as the season went on and when they faced Barrington in the semi-finals Tuesday, it all came together. But not without drama.

The first two wins were quick – Annalee Ambler (#1 singles) and Alexis Besio and Anna Deng (#1 doubles) won in straight sets. Then #2 doubles, Julia Erickson and Katerina Beaulieu, won their match in three sets. The Avengers needed just one more win. Barrington had won two matches; there were two yet to be decided: Ariana Davoudi at #3 singles and Ellie Cocker-Dodman and Emily Kendall at #3 doubles.

Davoudi won the first set, lost the second and went into a tiebreaker for the third. It was the same for Cocker-Dodman and Kendall. In the singles tie-break, Davoudi was down 1-6 but then tied it up. The score was 12-12 when her knee caused her to fall down in pain (she had fallen earlier in the match). But then, there came the #3 doubles team, winning the third set 6-4, giving the Avengers the fourth win and their trip to the state championship.

“It was an exhilarating atmosphere to be in,” said Brocato. “High school tennis at its most intense moment and, boy, did my girls fight off their nerves to play bravely. Ariana was in front of around 40 people and you could hear a pin drop. She played rallies of around 20-30 shots, so the intensity was palpable. She handled herself so well.”

He added, “As for three doubles, what more can you say when a freshman and a sophomore clinch the match winning point to get the team into the state finals? I told them they will remember that for the rest of their lives and nobody can ever, ever take that away.”

The Avengers meet La Salle, which is going for their ninth straight state title, at Slater Park Saturday (11/5) at 4 p.m. 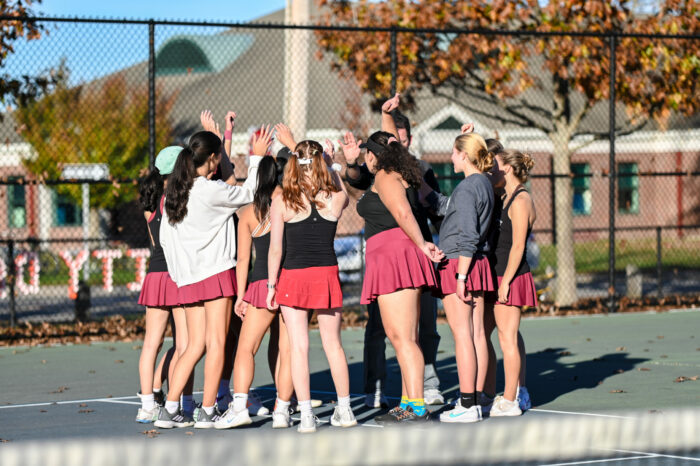 Team cheer at the start of the match. Photo: CN 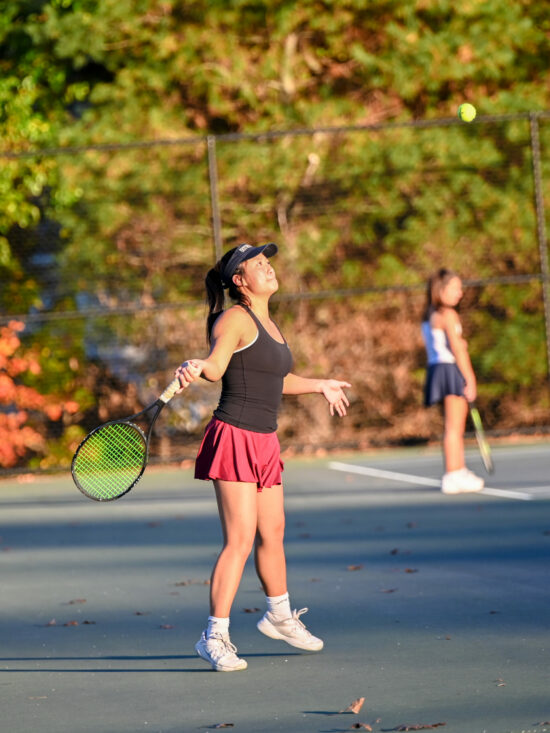 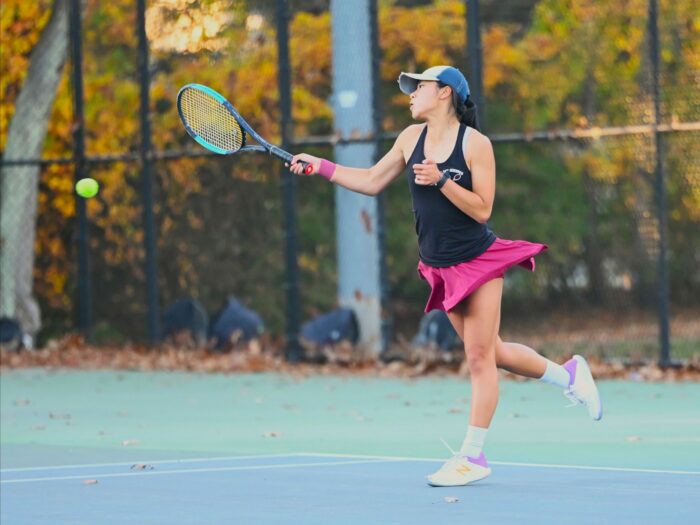 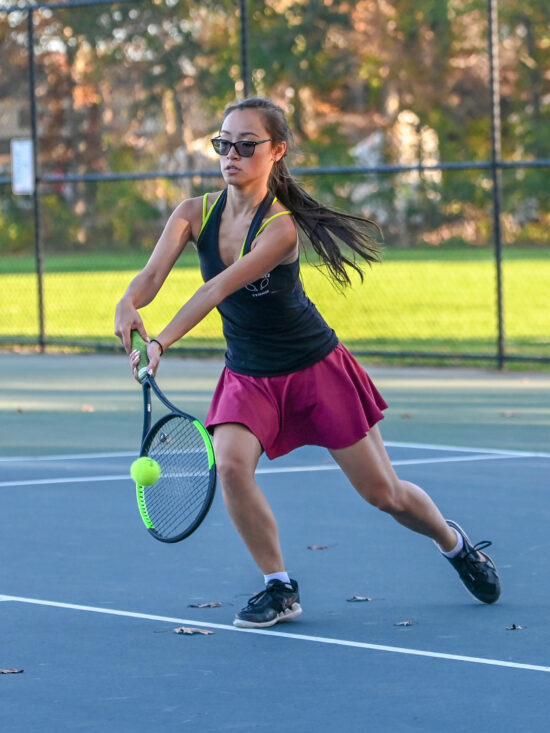 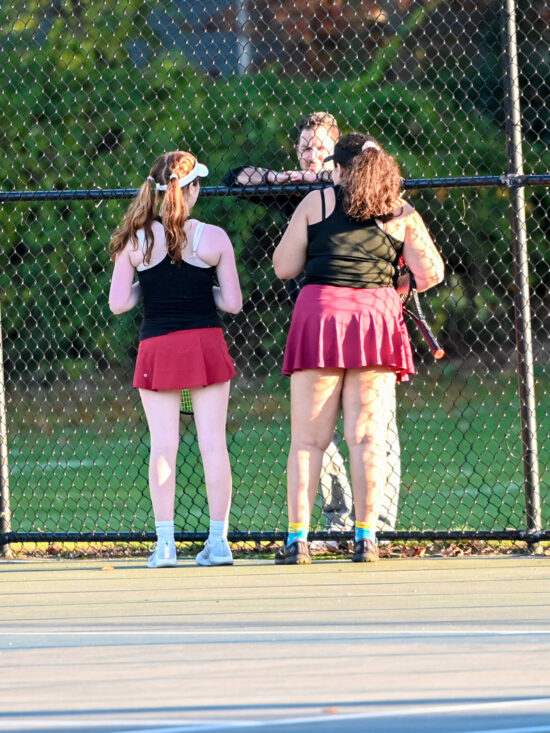 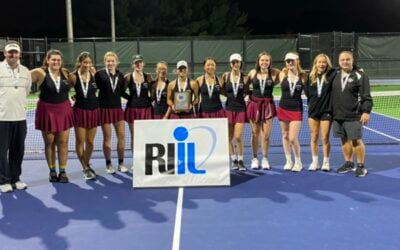