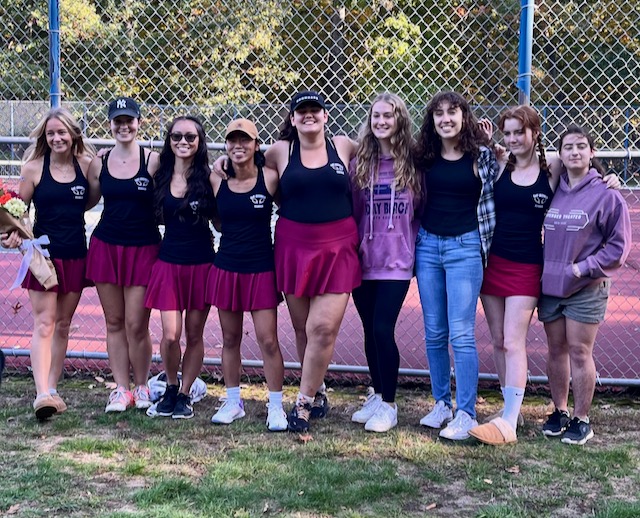 The Girls Tennis team wasn’t supposed to be so good this year. After all, they’d lost two top state-ranked players. But the 2022 team has only lost two matches so far this season and, in the individual state tournament, number 1 singles player Annalee Ambler placed fourth in the state and the number 1 doubles team – Anna Deng and Alexis Besio – placed second.

“Annalee Ambler had a great tournament and finished in the final four. She secured a first team all state selection,” said Coach Marc Brocato.

For Ambler, it’s been a sweet season after missing out last year. “I suffered a four-month systematic illness that took me out of school and my season. To be able to compete in the semifinals less than a year after being completely on bed rest was truly a gift,” she said.

Brocato said doubles team of Anna Deng and Alexis Besio had a phenomenal tournament. Deng and Besio were down 0-4 in the first set and came back to win 6-4. It was close, but they lost the next two sets and the match. “They hit some incredible shots in the finals, went for everything, but just ran into a great team having a great day,” Brocato said.

“I was so proud while watching Alexis and Anna in the state finals,” said Ambler. “They have such a bond that shines through when they play together.”

“The team overall has been a pleasant surprise,” said Brocato. “We lost two all-staters last year in Maddie Omicioli and Georgia Wood, and also a first team All Division doubles team. To finish 10-2, and with a potential number 2 seed, is remarkable. We knocked off an undefeated Moses Brown team 4-3 and it was one of the greatest wins we have had in a number of years.”

This has been without a doubt my favorite team I have ever been a part of,” said Ambler, one of three senior captains. “We are all very close and genuinely enjoy each other’s company. This positive environment has allowed us to thrive as competitors on the court. I genuinely believe we have a shot at winning team states!”

“This tennis season has been my favorite,” she said. “We lost about half the starting roster last year and honestly I didn’t know how far we would make it this season. The new players have fit right in and we’ve had a lot of fun while also having a successful regular season. Overall, I think we have truly become a team. I’m proud to call these girls my teammates and look forward to what the state tournament will bring.”

Ambler said the team wanted EG News to know they always get a family-sized box of Cheez-Its for a reason – “because we are a family.” 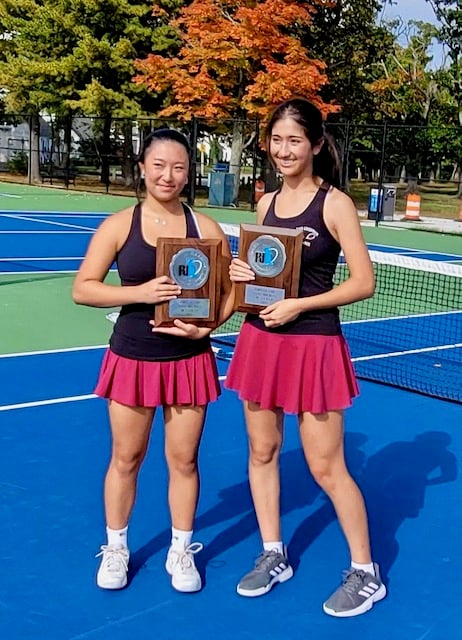 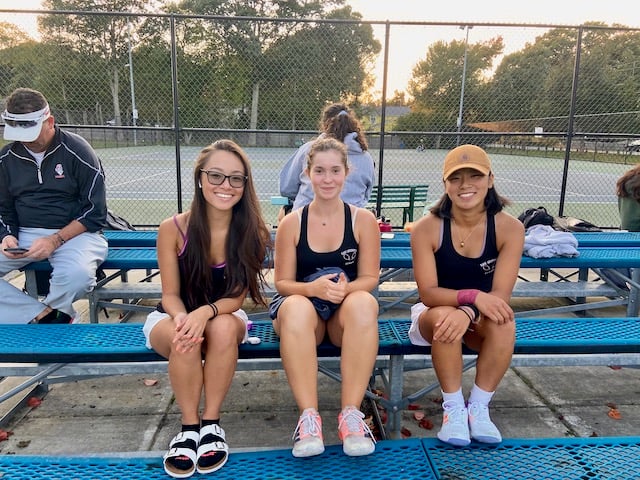