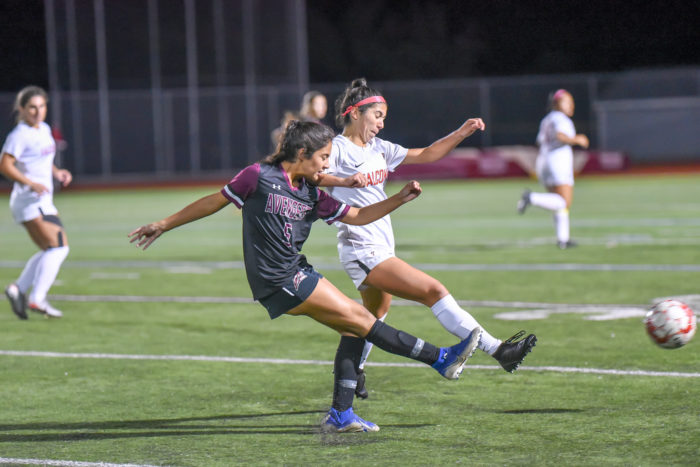 Above: Riley Gopalakrishnan makes a forward kick. Photos by Chuck Nadeau. Find all his photos at chuckn.com.

The East Greenwich Girls Soccer team lost to Cranston West Tuesday, 2-1, bringing their overall record to 4-5-1. EG was up 1-0 at halftime, after Lana Diiuro scored off a beautiful free kick from Ava Lanfredi. But the Falcons were able to capitalize on some costly Avenger mistakes in the second half, scoring twice. EG got close but could not find the back of the net, giving CW the win.

“Every game we play is competitive,” she said. “While we are about .500 on the season so far, we have some good losses that will hopefully be good learning opportunities come playoff time.” 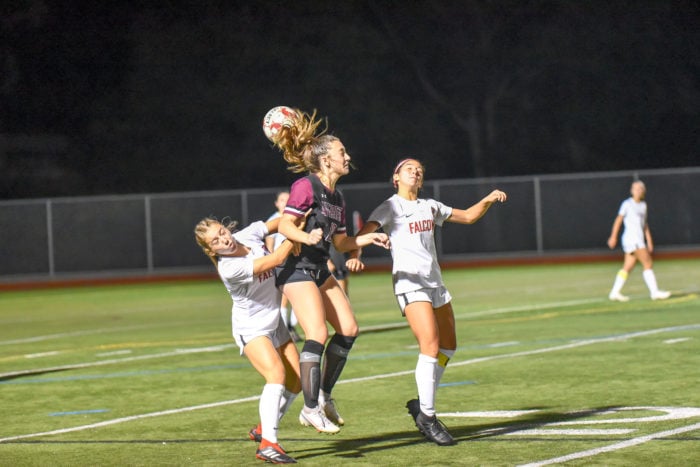 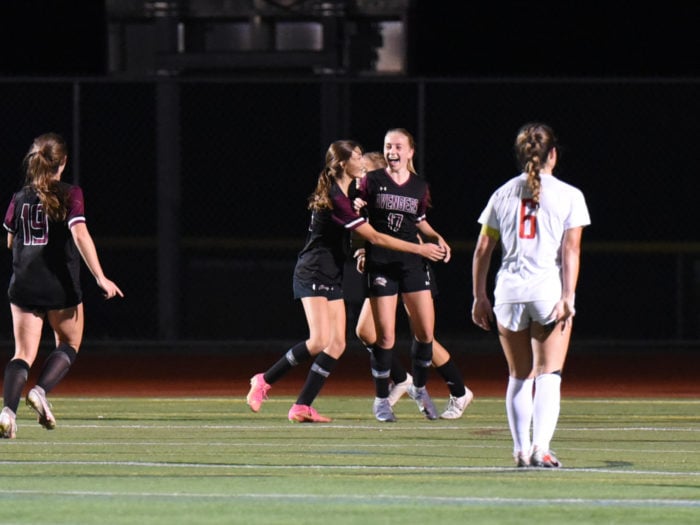 #17 Lana Diiuro after her header for an EG goal. 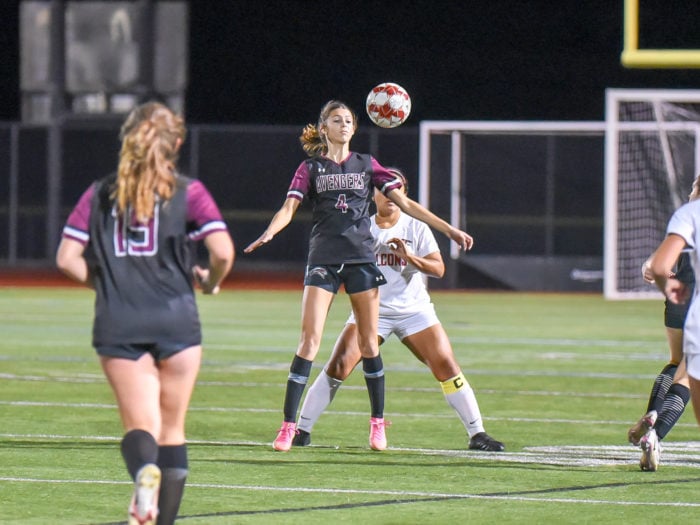 #4 Abigail Lewis takes a forward pass off her chest. 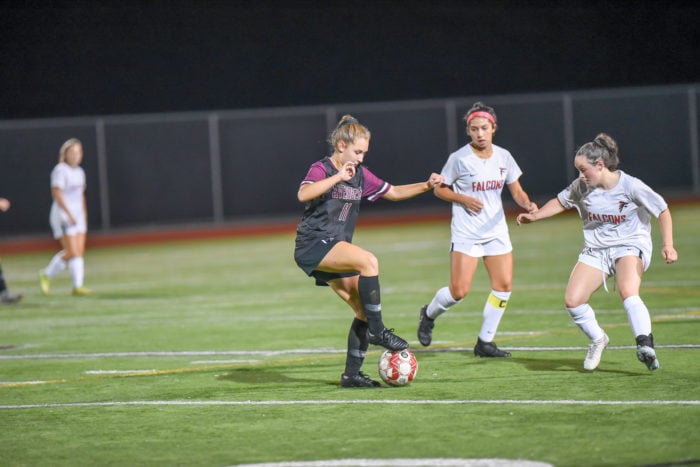 #4 Abigail Lewis dives to avoid a collision with the goaltender.